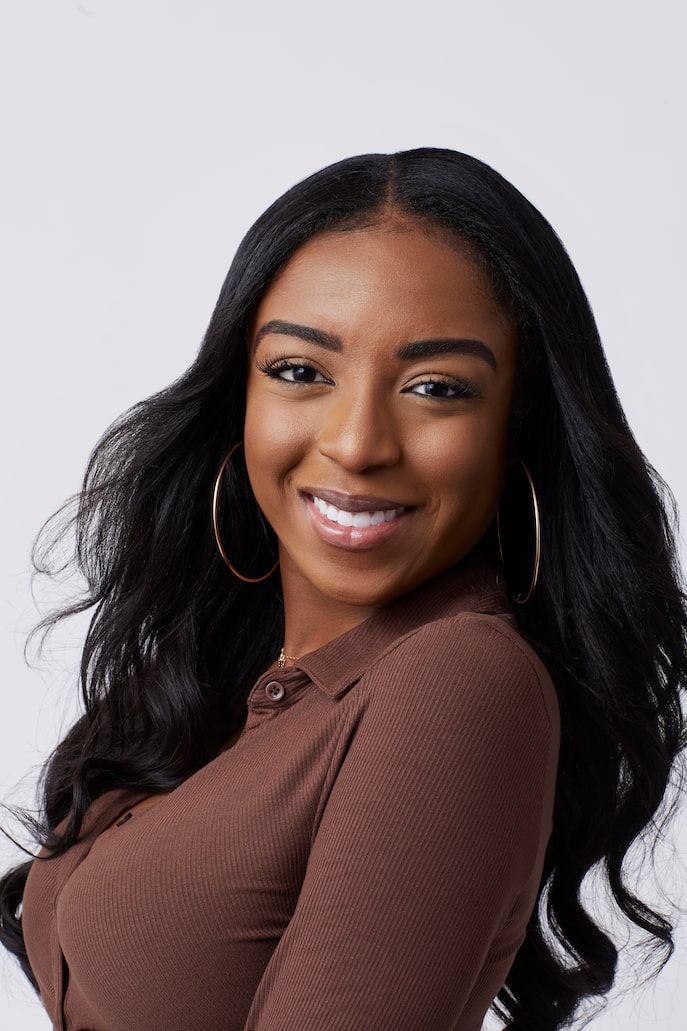 Move over Elle Woods because Daria is coming for the throne! Daria is a woman of many accomplishments including admission to seven Ivy League schools and a Harvard degree. Additionally, she is now in her third year at Yale Law School. She’s a studious woman, but don’t get the wrong idea because Daria also loves to be social and have fun. She’s looking for someone who won’t be intimidated by her accolades and loves when a man can make her laugh so hard that her stomach hurts. Speaking of her stomach, Daria says she’ll know it’s love when she can feel the butterflies in her tummy. Daria is very active, loves to dance and dreams of being an advocate for woman’s rights in the future. She loves falling in love and we can’t wait to see her love story with Clayton unfold.