Hannah Brown’s week in Riga, Latvia, on “The Bachelorette” fared way, way better than her time in Inverness. There were hardly any fights between Luke and the other men (three arguments seems like nothing compared to the Scotland drama) and Hannah appeared genuinely happy, enthusiastic, and refreshed.

Each of Hannah’s three dates that week revolved around Latvian culture and traditions. We’ll get to the naked bungee jumping in a moment.

Those on the group date ventured to Riga’s Central Market, where 80,000 to 100,000 people reportedly go every day to buy groceries and other goods. As we saw during the date, shoppers can purchase meat, cheese, sweets, bread, fruit, and more. It’s also the home of where Jed told Hannah he wants to be her “rock,” and where Tyler bought her flowers. Love is alive and well in Riga! 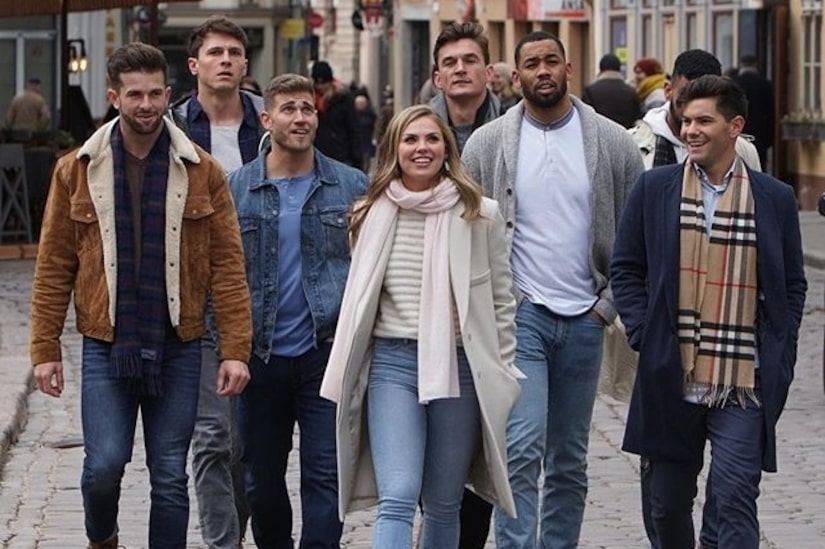 For her one-on-one, Hannah and Peter ventured to Balta Pirts for a spa day. Saunas and bathhouses hold a prominent role in Latvian culture and they go back hundreds of years. By the 1800s, it was common for every farm to have a sauna—or pirts—on its land. The aromatherapy and  leaves that Hannah and Peter used on each other are a part of that tradition, and are used to help massage the body and remove dead skin.

Hannah and Peter definitely weren’t kidding around when they talked about how sweaty they felt. These traditional saunas are usually set to at least 75 degrees Celsius, which equates to 175 degrees Fahrenheit. According to Latvia’s travel site, the “perfect” temperature is 86 degrees centigrade, which is about 187 degrees. Due to bodies not being accustomed to the temperature, spa-goers then jump into cool water, such as a pool or pond.

Now to the naked bungee jumping! The hub of this adventurous activity is located in Sigulda, which is just over 30 miles away from Riga.

The ultimate leap of faith goes down in Gauja National Park, where thrill-seekers jump from 43 meters (141 feet). As for the naked aspect, it appears that the decision tends to be voluntary.  None of Sigulda’s bungee sites advertise naked jumping, but YouTube videos show it is relatively common. Even the “Lonely Planet” travel guide mentioned jumping naked for an “added thrill.”

As evidenced by a plethora of videos, Valentine’s Day seems to be the main time when the birthday suit comes out, all in the name of adventure.