“Sisterhood of the Traveling Pants,” meet “The Bachelorette”!

A salmon-colored blazer became the unofficial star of the season as it made its way around Bachelor Mansion and overseas. Multiple men in the house wore the blazer on a number of occasions, and its presence became as commonplace as rose ceremonies themselves.

Bachelor Nation discussed the jacket with Dylan Barbour, one of the original wearers of said coat, and learned some more background behind it.

“Let’s clear this up,” he explained to Bachelor Nation. “It’s my jacket. I had the OG salmon blazer.”

Dylan jokingly said he was “pissed that Tyler’s just going to go to H&M and buy another salmon blazer.” 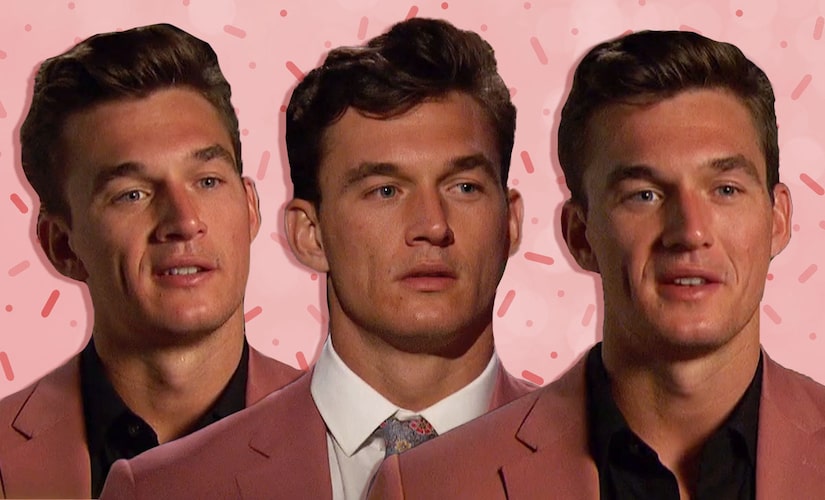 The article of clothing even seemed to have more fans than some finalists and cast members on the show.

Tyler appears to be the blazer’s biggest advocate, as demonstrated by the multiple times he’s worn it. He first sported the blazer during the evening part of the “labor pains” date. Clearly, that suave salmon sheath brought him anything but pain. That night, he called Hannah a “bad-ass woman” and told her she could “move mountains.” Tyler sure knows how to reel them in with compliments.

Later that same episode, Dylan rocked the salmon blazer at the party for his group date after an eventful “The Secret Life of Pets 2”-themed photo shoot. At the party, Dylan defended himself and his few minutes with Hannah despite Luke continuing to interrupt their one-on-one time. This salmon blazer did not swim away from any peer pressure.

Jed, too, donned a very similar blazer multiple times. His jacket had a bit more of a pink hue than Tyler’s, which had hints of coral in it. Even Mike hopped aboard the salmon train and wore a pair of red/salmon pants on a few occasions.

Garrett channeled the inner power of the salmon blazer during the group date party in Newport, Rhode Island, a few weeks later. He expressed to Hannah he was “crushing for [her] hard” and wanted to be open and vulnerable with her. Hannah really appreciated and that moment of truth opened a new door in their relationship.

Tyler brought out the blazer not once but twice towards the end of the season. He donned it during the rose ceremony after hometown dates as well as for their Fantasy Suite date in Crete, Greece.

All in all, Dylan deemed it a “funny gimmick” that everyone in the house seemed to enjoy participating in.

The color salmon is a mix of red, pink, and orange, all of which hold many symbolic meanings. Red continues to be a prevalent color throughout the season thanks to the roses and Hannah’s penchant for stunning red dresses. Additionally, Mike appropriately read aloud the famous Robert Burns poem “A Red, Red Rose” during his one-on-one date in Scotland.

Red represents passion, love, war, fire, and strength. Pink symbolizes a softer side of love, while orange shows off happiness. Salmon is a mix of all three. It is supposed to exude confidence, health, and hope.

Tyler and Jed quickly set themselves apart from the rest of the pack and emerged as strong front-runners early on. The sartorial choice may or may not be to blame!