Step aside, Sherlock Holmes — we’ve found our answers about the mystery man in the windmill!

For weeks, “The Bachelorette” fans eagerly awaited answers about who Hannah Brown “f—ked in a windmill,” which even included “a second time.”  We’ll hint at it this way: one day flew above the rest.

After hometowns, Hannah and the remaining men — Peter, Tyler, Jed, and Luke — traveled from Los Angeles to Greece for the week she’d been anticipating for so long: Fantasy Suites.

“It’s been a long time since I’ve been physically intimate with a man, but Fantasy Suite week is not about sex,” Hannah said. “It’s to have the time in a real, raw way without cameras to see where my feelings are and truly find out who I want to be with for the rest of my life.” 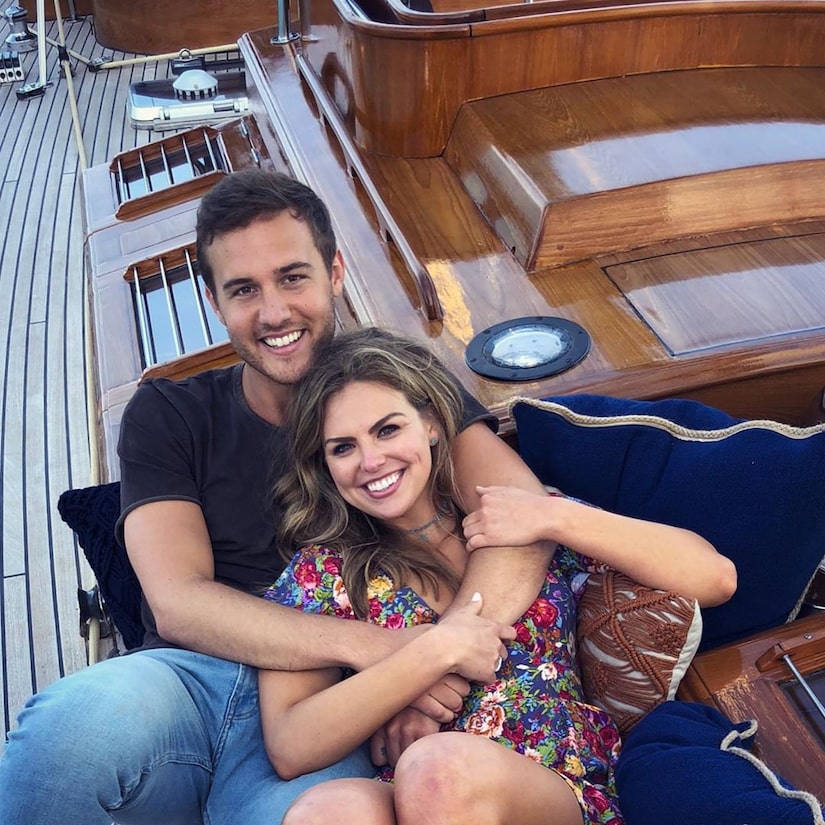 Peter Weber aka Peter the Pilot got the first one-on-one date with Hannah in Crete, Greece. The two lovebirds spent the cloudless day cruising on the clear waters of the Aegean Sea and kissing each other.  Peter shared that he’d never felt this “stripped down” and “vulnerable” before in any of his other relationships. At dinner, Peter announced to Hannah that he loved her.

“With other women I wasn’t my true self. I’ve never had anyone like you in my life. You push me, you inspire me, you challenge me. The flaws, the great things, the way you make feel my true self I’ve never felt before. It made me realize how in love with you I am and it’s the greatest feeling ever. The way you make me feel — I want this every day,” he said.

Hannah handed him the Fantasy Suite invitation card at dinner, which he gladly accepted. The two of them left their romantic spot and then walked over to, you guessed it, a windmill. The Netherlands isn’t the only country they’ve visited that has these certain structures. Peter remarked as they walked in, “Greece is known for its windmills!”

In fact, windmills have been a part of Greece’s landscape since the 13th century. Peter wasn’t wrong!

The evening in the windmill took Hannah and Peter’s relationships to new heights. Peter even called it “the greatest night of my life.”

Hannah wasn’t disappointed either. “If Peter were a Greek god, he’d be Zeus,” she said. “And I’d be Aphrodite, the goddess of love.”

“The Bachelorette” fans can make their own memories because this “rustic traditional windmill” is available to reserve on Airbnb for just $56/night!