Caelynn Miller-Keyes isn’t going down without a fight.

On Wednesday evening, one day after part two of the “Bachelor in Paradise” season premiere, Caelynn took to Instagram to respond to Blake Horstmann sharing personal messages on social media.

Caelynn revealed on “Paradise” that she has some issues with Blake because they slept together at Stagecoach Music Festival in April and then he apparently ghosted her. She explained that not only had Blake slept with Kristina Schulman the night before, but he also was messaging Hannah Godwin after she and Blake hooked up.

On Tuesday night’s episode, Caelynn confronted Blake about ignoring and avoiding her. She said she felt “very disrespected” and “like a dirty secret.”

Blake became vilified on social media because of his portrayal on the show.  He released — then deleted — text messages between himself and Caelynn while at Stagecoach and before “Paradise” that he believed would vindicate him.

Caelynn remained quiet for about a day, then spoke out with her side of the story.

Her note began, “I am not here to deny those text messages or the conversations that took place. Things got taken out of context on the show, and a large part of the story is missing.”

The 24-year-old expressed that Blake “was not a one night stand.” She said some of the early morning texts that he showed on his Instagram Story on Tuesday evening “is not an accurate representation of our past relationship.”

Caelynn wrote, “I take ownership for what I said on the beach. I was upset and I let my emotions control my words. However, I did not go on a show to ruin someone’s character. I attempted to address my feelings and the situation with Blake face to face.”

She continued, “It’s unfortunate that I didn't get the same respect in return, and I am absolutely mortified our private texts were put out there for the world to see and judge by someone who I trusted and consider a friend nonetheless.” 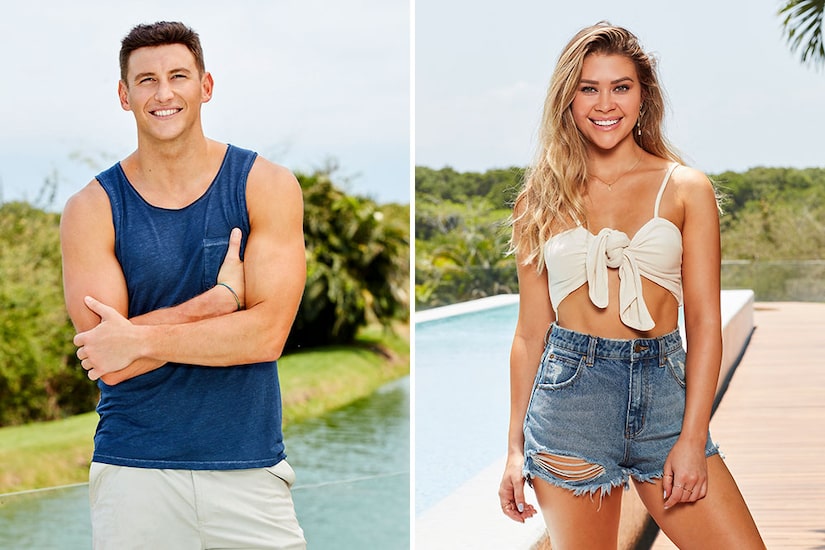 Caelynn then provided her own timeline of events regarding their relationship. According to her, they started talking “months before Stagecoach.” Their communication consisted of talking to each other on FaceTime “every day,” where they supposedly discussed “skipping paradise to be together.”

To the former Miss North Carolina USA, what hurts most is the fact that she’s “being trolled for having sex because of what I’ve been through.”

She concluded her note, “We all have our own perception of how different situations unfold and there are many sides to this story. I hope that we can all move forward and support one another, rather than tear each other down. I have moved on and I am excited to continue to share the rest of my journey with you all.”