The Blake Horstmann and Hannah Godwin drama has consumed nearly all of the “Bachelor in Paradise” airtime: Blake likes Hannah; Hannah likes Blake but also Dylan; Dylan only likes Hannah; Blake asked Tayshia out on a date; Blake and Kristina have history; Blake and Caelynn aren’t on the best of terms. So it continues.

Tayshia Adams talked about this ever-evolving and complex love triangle on a new episode of “Bachelor Happy Hour with Rachel & Ali.” Tayshia and hosts Rachel Lindsay and Ali Fedotowsky-Manno discussed Blake releasing the texts from Caelynn Miller-Keyes as well as the fact that Hannah and Blake knew each other before the show.

For starters, Tayshia said that her conversation with Kristina after her date with Blake “rubbed me the wrong way” because it was the first time they had ever spoken. She explained she would’ve preferred to hear about Blake’s respective trysts “from Hannah or Caelynn because they knew what we were getting into. It wasn’t a surprise to them.”

In terms of Blake posting Caelynn’s texts in order to “speak my truth,” Tayshia said she “wasn’t surprised.”

The 28-year-old also took issue with the fact that Blake flew to Alabama to meet Hannah, yet they acted like they had never met before when they interacted on “Paradise.” 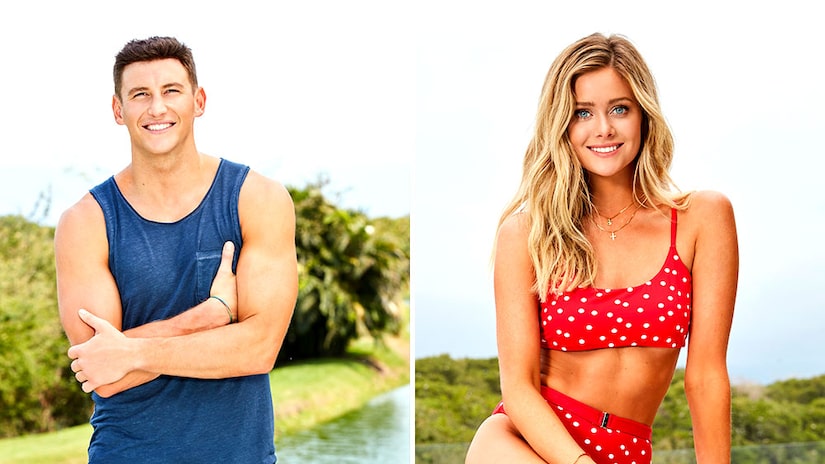 “To be honest, if someone is using their miles on you — he flew all the way to Alabama to see you — deal with it outside the show. You obviously both like each other. What did you need to come to ‘Paradise’ for? Figure it out. What do you need? The cameras? I don’t understand what the purpose was. That rubbed me the wrong way,” she told Rachel and Ali.

To hear what else Tayshia has to say about the “Bachelor in Paradise” love triangles and sagas, listen to the newest episode of “Bachelor Happy Hour” now.

Subscribe on Apple Podcasts, Spotify, or wherever you get your podcasts.