Tuesday night’s episode of “Bachelor in Paradise” once again had no shortage of melodrama in relation to the Hannah Godwin-Blake Hortsmann situation.

Hannah revealed on the show that she and Blake met before “Paradise” started filming, which Blake confirmed in a separate conversation. Tayshia, who went on a date with Blake the first week, took issue with the fact that Hannah and Blake’s relationship is way more than meets the eye. For Tayshia, honesty is the best policy.

Tayshia pulled Hannah aside to talk to her about it and explained that it really “tainted my experience so far.” It caused her to lose out on a chance to get to know other men. Hannah said in a confessional that she felt like Tayshia “attacked” her and “mean-girled me.” 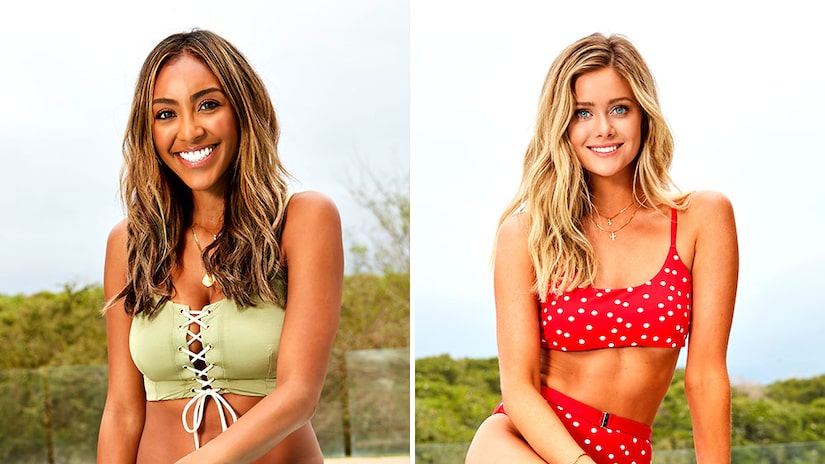 The 28-year-old told Rachel Lindsay and Ali Fedotowsky-Manno on an episode of “Bachelor Happy Hour with Rachel & Ali” that she found those comments to be “offensive.”

“To be honest, that’s offensive because I did not attack her,” Tayshia said on the podcast. “I didn’t yell, I didn’t raise my voice, I didn’t try to attack her character. I was just trying to have a grown conversation with her.”

She continued, “I asked her to please shed some light on something. Attacking would’ve been me yelling at her, putting her down in front of other people, making a scene, and I didn’t do any of that. I don’t think attack is the right word by any means.”

Despite not liking the vocabulary that Hannah used to describe their conversation, Tayshia doesn’t have any bad blood towards Hannah.

“I love Hannah. We actually are friends and I was just trying to help her in that moment,” she explained. “I think she did a couple of things that she needed some guidance on. I wish her the best.”

To hear more of Tayshia’s takes on “Bachelor in Paradise,” listen to the new episode of “Bachelor Happy Hour” now. Subscribe on Apple Podcasts, Spotify, or wherever you listen to podcasts.