Despite all the love triangles and octagons, Stagecoach drama, tears, and fights, some people have actually managed to find love on “Bachelor in Paradise” this season.

For starters, there’s Demi Burnett and Derek Peth. They are often referred to as “one of the strongest couples in Paradise,” and this continued after Demi came out to her beau on the beach. She told Derek she was dating a woman back in Los Angeles, and Derek replied, “What matters to me is feeling connected to you the way that I do. I hope you know that this doesn’t slow my resolve to continuing to build a connection with you.”

Hannah Godwin and Dylan Barbour also started out pretty strong that first week. Dylan made his intentions clear from the start that he wanted to be with Hannah and Hannah only. However, they’re currently tangled in a bit of a love triangle also involving Blake Hortsmann. Will it ever get sorted out? 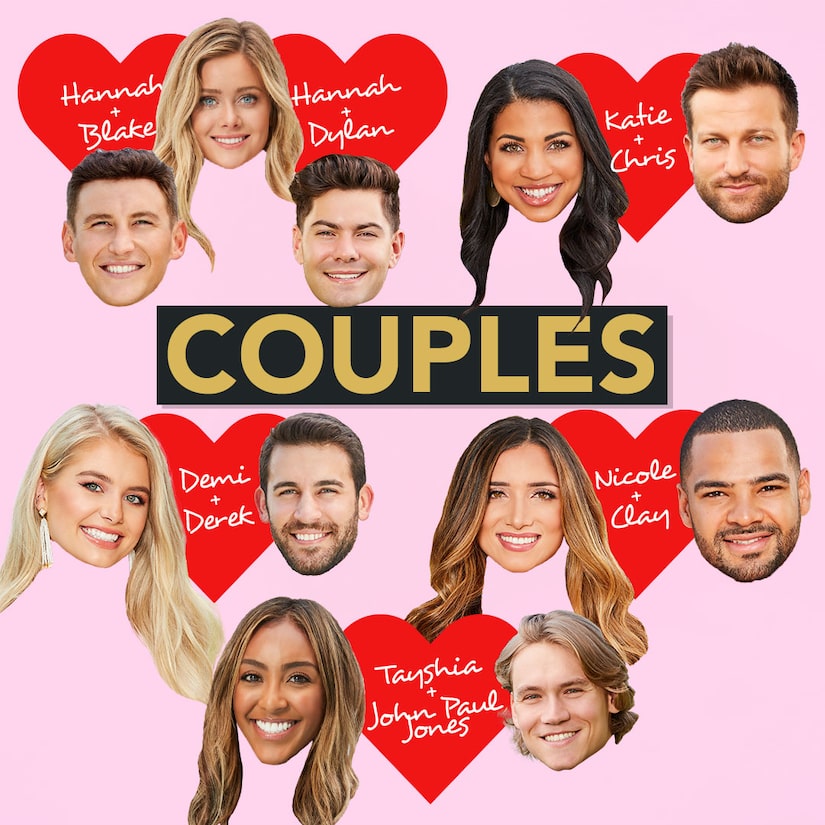 By Week 2, Nicole Lopez-Alvar and Clay Harbor had already dealt with their fair share of relationship tests. These two hit it off at the start, but Nicole also wanted to scope out her other options, so she went on dates with Jordan Kimball and Christian Estrada. Last we saw, Jordan and Christian got into a huge fight over a piñata and Nicole. Where will Nicole and Clay stand after that?

Last but certainly not least, Tayshia Adams and John Paul Jones are a couple seemingly out of left field. However, who wouldn’t want to be wooed by a man with perfect hair reciting Shakespeare? Two “Paradise” cast members, both alike in dignity, in fair Mexico where we lay our scene…

Vote for your favorite “Bachelor in Paradise” couples below!