Things were potentially looking rosy for Hannah Brown and her runner-up Tyler Cameron when they reunited at the finale of “The Bachelorette.” After confirming she and Jed Wyatt were no more, Hannah asked Tyler if he wanted to get a drink sometime, which he happily accepted.

Tyler was seen leaving Hannah’s Los Angeles apartment a few days after the taping. Two days later, however, he was spotted hanging out with Gigi Hadid at an exclusive club in New York. Since then, Tyler and the supermodel have socialized many times. They reportedly went to upstate New York together over the weekend with a group of friends.

Hannah told “Extra” in a recent interview that she has not spoken to Tyler since their night together in L.A. “I think he’s been so busy. I’ve been so busy,” she shared. “I’m focusing on what’s next for me and trying to get my bearings around this new city that I’m living in. I wish him well. And I know that he does the same for me.” 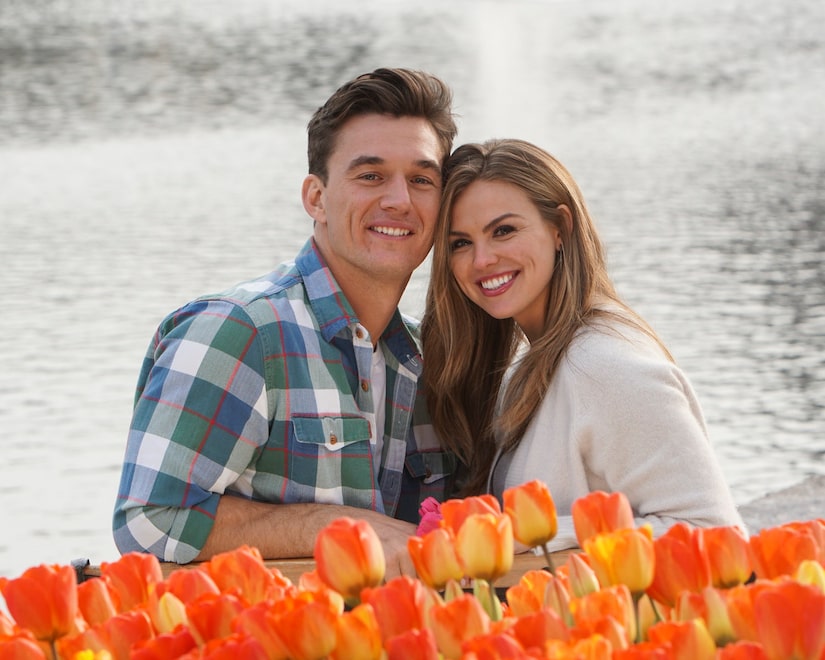 The former Bachelorette elaborated a bit more on their relationship during an episode of “Bachelor Happy Hour with Rachel & Ali.” She told podcast hosts Rachel Lindsay and Ali Fedotowsky-Manno, “He has every right to do whatever he wants to because we were just hanging out, seeing where it goes. I am completely fine with that.”

Hannah continued, “It was a little confusing, but he can do whatever he wants to. I know that I can too and I am going to continue going onward and upwards. I just think that I’ve made it very clear — I have no shame that I’ve been very honest, that I still have feelings — but at the same time, I am not tied to any man or tied to Tyler. I’m not going to be.”

Tyler and Hannah both spoke highly of each other after the show finished. Part of a note Tyler wrote to her on Instagram read, “You taught me so much about myself and pushed me to be a better man. I learned so much from you and so did the rest of Bachelor Nation. You were what we all needed as a lead. You showed strength and grace in the most beautiful way.”

Hannah shared similar words about the Florida native. “I’m really appreciative that Tyler has always had my back and supported me through all my decisions,” she penned. “He constantly encourages me to lean into the strong woman that I am. He’s a really good man, and I’m going to be his biggest fan in whatever makes him the happiest.”

She also had some feelings about how she’d feel in Tyler were to become the next Bachelor. Hannah told Rachel and Ali, “I think he likes to date around, so maybe he would be a good Bachelor.”