Monday and Tuesday’s episodes of “Bachelor in Paradise” were filled to the brim with a hefty mix of dramatic blindsides and tearfully happy moments.

As we saw on Monday and continued into Tuesday, Jordan Kimball and Christian Estrada got into a heated physical altercation that resulted in both of them being sent home. Both men had gone on dates with “The Bachelorette of Paradise” herself, Nicole Lopez-Alvar. Last week, Nicole and Jordan went zip-lining for their one-on-one outing. Jordan seemed to enjoy himself well enough, but Nicole was a bit more apprehensive about the adventurous activity. 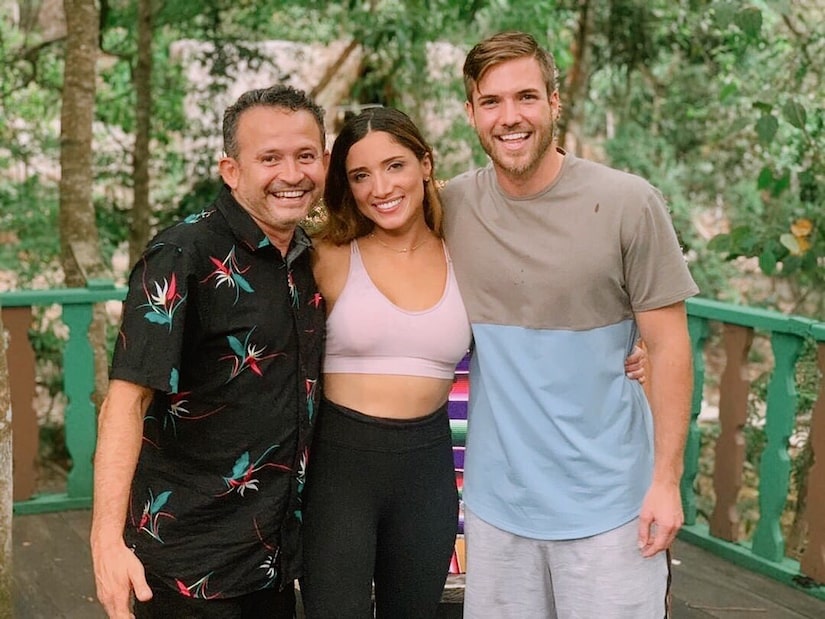 Nicole and Jordan each had a fish-eye lens camera on their helmets to document the zip line, but Nicole’s video became an instant Internet meme. Her facial expressions in the camera made her look almost unrecognizable. She talked about what was going through her mind at that moment on an episode of “Bachelor Happy Hour with Rachel & Ali.”

She joked with Rachel Lindsay (almost Rachel Abasolo!) and Ali Fedotowsky-Manno, “They did me dirty.”

Nicole explained that she’s “really, really terrified of rides,” such as rollercoasters. Zip lines are no exception. When it comes to those faces, she said, “I was so terrified that in that fisheye lens, I was just doing breathing exercise. That’s why I’m making all those creepy faces. I was just breathing.”

However, she took it in good stride and made fun of herself before others could. Here are those combination of pageant  and zip line pictures she laughed about on the podcast, as well as other comparisons she made.

Get you a girl that can do both #BachelorInParadise pic.twitter.com/3Ht3Rzq75m

Me on insta vs me when I accidentally open my front-facing camera #BachelorInParadise pic.twitter.com/7NKbULowlC

Friend: what’s one thing in your lifetime you wish you could unsee?

Make sure to listen to Nicole’s interview on “Bachelor Happy Hour” now!

Subscribe today on Apple Podcasts, Spotify, or wherever you get your podcasts.