JPJ made it clear throughout this season of “Bachelor in Paradise” that he’s crushing on Tayshia — hard. His feelings for her escalated even more when she expressed interest in Derek Peth.

It all came to a head at Chris Randone and Krystal Nielson’s wedding when JPJ confronted Derek about some comments he allegedly made about his social media followers. John Paul Jones proceeded to ask Derek about his “intentions with Tayshia” and accused him of being “in this for the fame.”

Here’s where Mila Kunis fits in. During JPJ’s yelling match with Derek at the wedding, he managed to end nearly every sentence with the highly-emphasized word, “Derek.” For instance, “Name one thing that I said is false, Derek. Don’t insult my intelligence, Derek. You’re trying to talk your way out of this, Derek.” 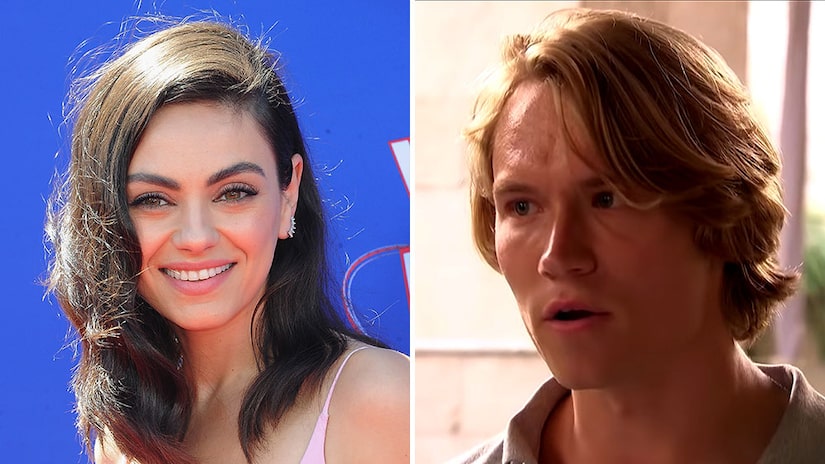 On Thursday, Ashton Kutcher posted a video on Instagram of his wife trying to attempt the same. The clip shows Kunis sitting in the front seat of their car laughing. He asked her to repeat what had just happened before the camera started rolling, and she said, “I can’t do it now because I’m laughing.”

A moment later, however, she lowered her voice and mimicked before bursting into more laughter, “Don’t question my intelligence, Derek.”

Kunis and Kutcher are noted Bachelor Nation fans. The married couple even appeared on Rachel Lindsay’s season of “The Bachelorette” and helped her out on a group date. In 2017, Kutcher said on “Good Morning America” that watching “The Bachelorette” with Kunis is “our greatest guilty pleasure of all time.”