They say drunk words are sober thoughts, and Hannah Brown is certainly no exception to this rule.

The most recent Bachelorette joined Cosmopolitan for their “Expensive Taste Test” video series. In it, Hannah blindly tested nine sets of two items, such as champagne and wine, and had to decide which was the more expensive one.

Hannah drank both flutes of champagne and the glasses kept getting refilled, which is when the truth came spilling out.

“Do y’all remember that one time I was engaged?” she asked after throwing back one glass.

Hannah was referring to getting “unengaged” to Jed Wyatt on the season finale of “The Bachelorette” and subsequently asking Tyler Cameron if he wanted to “get a drink” sometime. She and Tyler ended up hanging out a few days later. Not long after that, Tyler was seen out with supermodel Gigi Hadid and they have been photographed together several times. 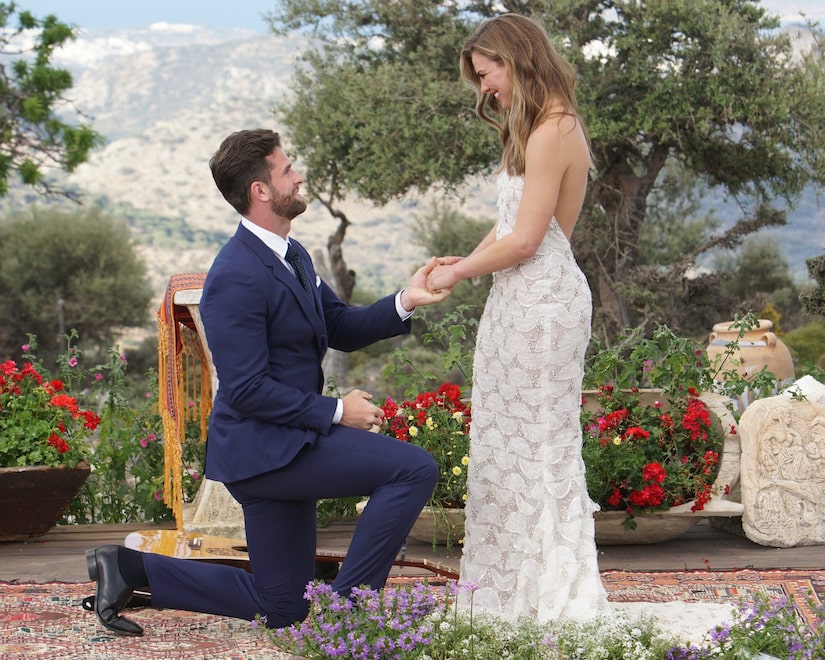 This isn’t exactly the first time Hannah has subtly thrown shade at Tyler. She chatted with Rachel Lindsay and Ali Fedotowsky-Manno on an episode of “Bachelor Happy Hour” and gave her two cents on the possibility of Tyler becoming the next Bachelor. She quipped, “I think he likes to date around, so maybe he would be a good Bachelor.”

As we saw from her season of “The Bachelorette,” Hannah Beast tells it like it is and there’s no changing that.