Hannah Brown is ready to take the stage for her “Dancing with the Stars” debut.

The Season 15 Bachelorette posted a behind-the-scenes photo on her Instagram Story during rehearsal in the dance studio. She sat and posed in front of a large wall decoration that said “DWTS” in lights. Hannah appeared sweaty but smiley in black leggings and black sports bra.

There were hints that the 24-year-old would be on the show before ABC made the official announcement. For instance, two days before the cast reveal, Hannah uploaded an Instagram photo of herself dancing on the beach and captioned it, “this is the energy I’m channeling this week: stay weird. choose joy. shine girl shine.”

Similarly, the “DWTS” Instagram account added a photo teasing the cast that only showed a woman’s body and not her head. The caption alluded to her time on “The Bachelorette” because it said, “We’d LOVE to tell you who this is… But we’re going to make you wait a few more days.” 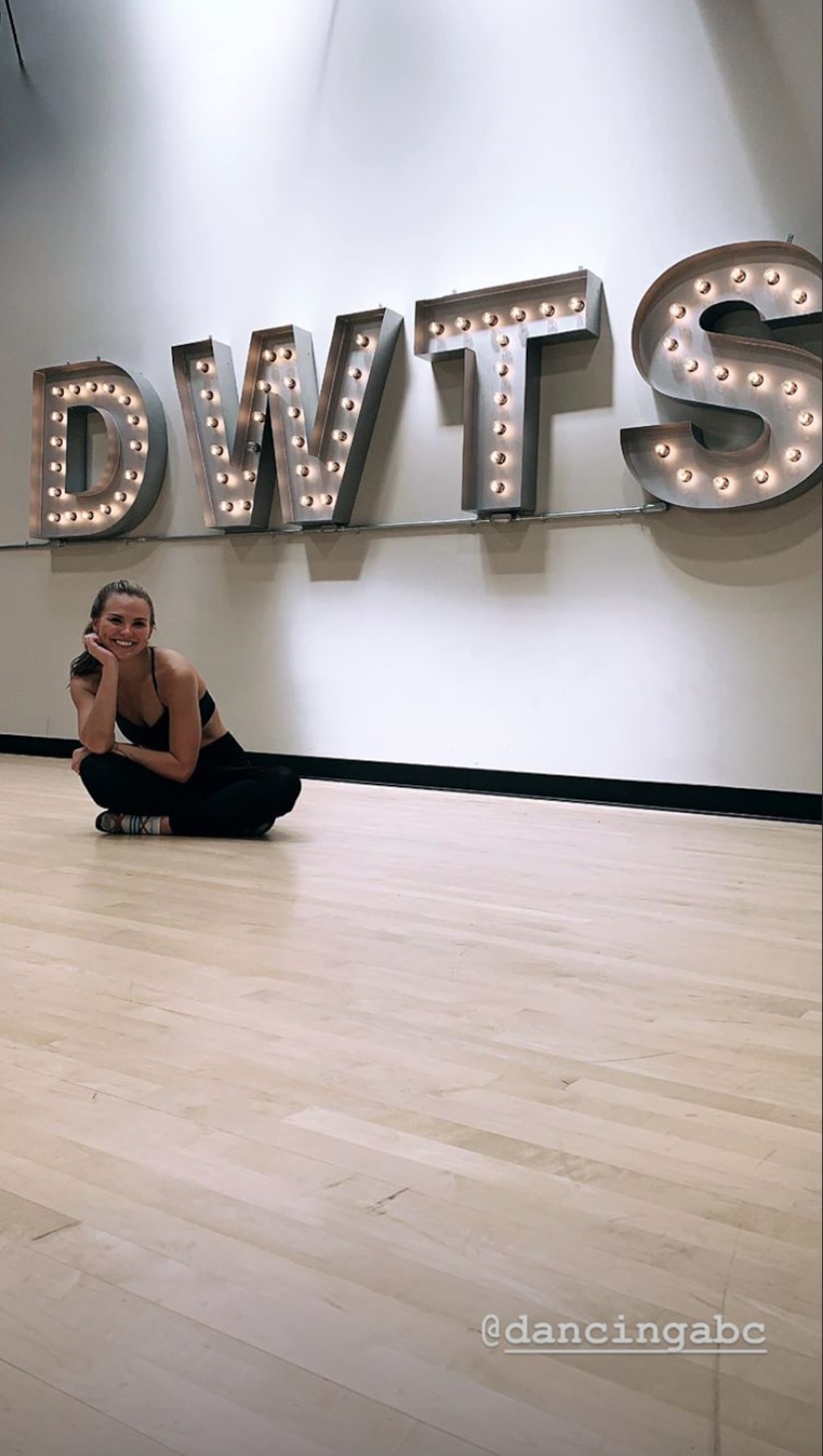 Hannah fans flooded the comments section and dissected all the small details in the picture, convinced it really was her. Apparently, her hand freckles were the big giveaway.

“Dancing with the Stars” has been on the Alabama native’s radar for a while. Hannah told Ali Fedotowsky-Manno and Rachel Lindsay on an episode of “Bachelor Happy Hour” back in August that she would “love” to do the show. “That would be so fun,” she said.

Hannah told “Entertainment Tonight” that although her rehearsals have been a blast and “so surreal,” they’ve also caused some old insecurities to reemerge. Ballroom dancing has gifted her feet with some major blisters and it’s been a challenge because the dancing style is “so articulate.”

She told “ET,” “I am unfortunately a perfectionist at heart, so it's really hard to allow myself to not be good. I wanna just be good right off the bat, and that's not gonna happen."

Hannah knows she’s grown and changed tenfold as a person ever since Colton Underwood’s season of “The Bachelor” and her leading role on “The Bachelorette,” and she writes about it a lot on Instagram. However, the competition is “sending me back into that pageant mind.”

She added, “I danced when I was younger, a lot of insecurities came from that. So being put back in that environment has really messed with my mind a little bit.”

We don’t know who her dancing partner will be just yet, but we certainly can’t wait to see her take the stage and go after that Mirrorball Trophy. “Dancing with the Stars” premieres on Monday, September 16, on ABC.