Dean talked about his relationship with Caelynn and how it differs from previous ones on an episode of “Bachelor Happy Hour with Rachel & Ali.” He explained that often times, he was perceived as undeserving of the women he dated.

He shared, “All the people that I’ve dated publicly from the ‘Bachelor’ franchise — I’m not going to name names — but they’ve always been regarded as these great women. They are great people.”

Dean went on to say that he’s been with two women from the franchise publicly — one after his first stint on “Bachelor in Paradise” and the other after “Bachelor Winter Games” — he was “always regarded as the lesser version of them, they were slumming it to be with me, and they were so much better than me.”

Understandably so, he found this viewpoint “frustrating” because “what the public perceives and what the relationship actually is, is misaligned.”

However, there’s a difference when it comes to his relationship with Caelynn. The two hit it off immediately on “Paradise,” but he blindsided her on her birthday when he told her he needed to leave the show because he couldn’t fully commit to her. A few weeks later, however, Dean returned (sans mustache) and asked her to leave with him to be his girlfriend and stay in his van.

Caelynn didn’t have the easiest of times on “Paradise” and found herself at the center of big drama early on in the season. This all ended up working out quite well in Dean’s favor.

He explained on the podcast that he told Caelynn the fact that she’s seen as “a mean, catty person at times is relieving to me because it removes so much pressure from me to try to prove to other people that I’m worth your time.”

As of now, they seem to be doing just time and look happy as can be traveling the world together. 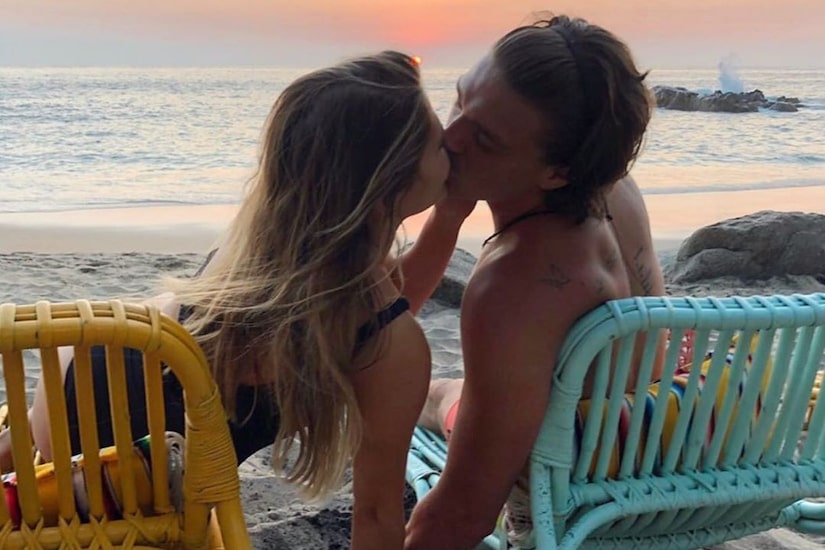 To hear more about Dean’s take on “Bachelor in Paradise” this season and why he decided to come back to the beach, listen to the all-new episode of “Bachelor Happy Hour.”

Make sure to subscribe today on Apple Podcasts, Spotify, or wherever you listen to podcasts!