The Season 15 Bachelorette made her “Dancing with the Stars” debut on Monday alongside her partner, Alan Bersten. The two shimmied and swayed as they danced their cha-cha to Whitney Houston’s “I Wanna Dance With Somebody.” Hannah was all smiles as she showed off her extremely impressive dance moves, including the splits!

The fun didn’t stop onstage for Hannah, either. The 24-year-old looked like she had the time of her life backstage as she chatted with her fellow cast members. Clips on her Instagram Story showed her smiling and cheering with Alan and “Queer Eye” expert Karamo Brown; attempting to high-five 6-foot-10 former Los Angeles Laker Lamar Odom; and posing with Peta Murgatroyd. 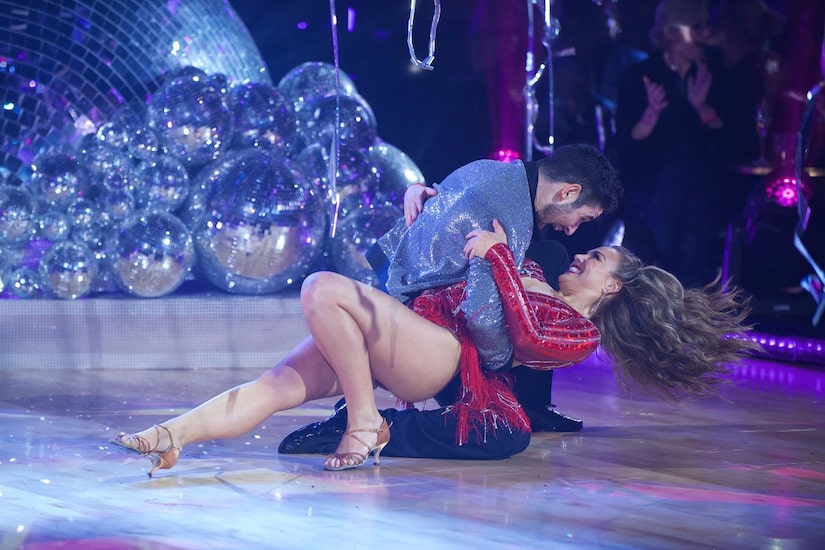 Alan definitely felt the love on her Instagram page. She uploaded her official portrait with Alan and captioned it, “ALAN-BAMA HANNAH. Coming in hot. I’m so excited for this season with @alanbersten —we’re a good time.

She posted a second photo, too — a shot of them dancing. She wrote, “Okay this was kinda fun. okay, a lot of fun. Hey @alanbersten, what do you say we do it again next week?”

The coveted Mirrorball Trophy is almost in reach! Roll Alan-Bama!