For starters, there’s more than one famous John Paul Jones in history. Though the beloved, Speedo-wearing “Bachelor in Paradise” cast member may share two-thirds of his name with a number of popes, there are other John Paul Joneses out there who need some recognition. There’s John Paul Jones the Led Zeppelin member, and John Paul Jones the American Revolutionary War hero who is known as “the father of the U.S. Navy.” Not too shabby! 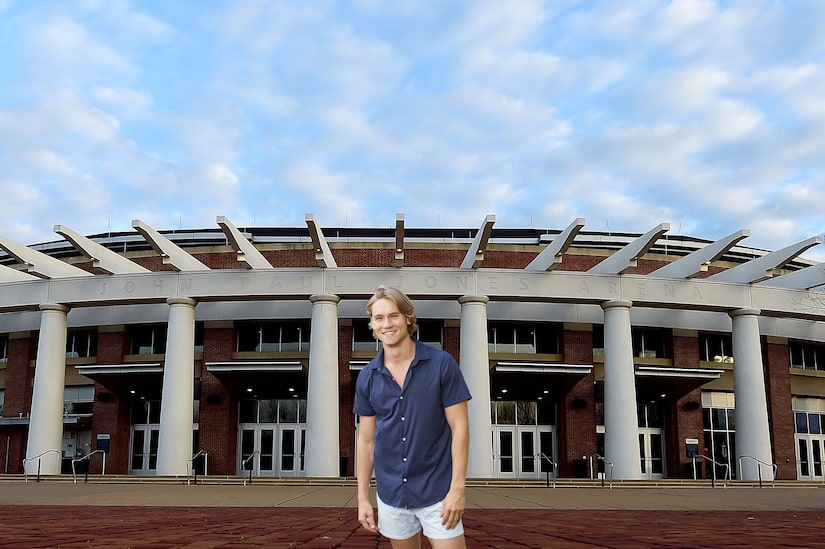 University of Virginia won the 2019 NCAA Men’s Basketball Championship, so perhaps John Paul Jones has some lucky charms in it. Aside from all the sports games, it also hosts a number of major events and concerts, such as Ariana Grande, The Lumineers, and Jason Aldean.

John Paul Jones Arena has been barraged by tweets as of late meant for the Bachelor Nation member. JPJ Arena’s Twitter account is fully embracing the mix-up, and is having the best time replying to fans’ tweets. Their Twitter bio even reads, “Official Account for John Paul Jones Arena at The University of Virginia. Not named after your favorite Bachelorette/Bachelor In Paradise contestant.”

Check out some of the best ones below.

Disclaimer: We are not the account of John Paul Jones the person on Bachelor In Paradise. Your harsh tweets are amusing however #BachelorInParadise

It was just rain running down our brick....not tears 😭 https://t.co/vonqszsLEz

Aww so sweet. Maybe we have Tayshia learning the pack line from TB on the first episode? https://t.co/Oj3Vpx9nqs

A denim speedo!! Just when you thought you’ve seen it all, JPJ surprises again! #BachelorInParadise pic.twitter.com/i6YGTdcA4E

Is she saying that JPJ is not solid? We’re all brick and rock solid like John Paul Jones’s abs. #BachelorInParadise