Hannah Brown most definitely “unleashed” the “beast” on Monday’s episode of “Dancing with the Stars.”

The Season 15 Bachelorette and her partner Alan Bersten danced the paso doble to the Icona Pop song “I Don’t Care,” and showed through their impressive moves that no, they really don’t care about what any haters say.

Hannah showed a very different side of herself this week. The 25-year-old traded in her usually colorful dresses for an all-black get-up, which comprised of a black bra visible through her mesh shirt, a black skirt and black dancing boots. Hannah paired the look with her hair in a very straight braid and dark lipstick.

She also didn’t smile a lot during their dance, which she and Alan did on purpose. Alan told her in a pre-taped sketch, “I’m implementing a new rule: no smiling this week. You’ve got to have anger because we’re doing a paso doble this week.”

Hannah had a tough time not smiling during her practices with Alan. "E! News shared a behind-the-scenes video of Alan repeatedly reminding Hannah not to smile. However, Hannah said her “natural reaction is to smile through things,” a trait she learned from the pageant world.

In order to help her out with that, Alan and Hannah ventured to Rage Ground, which is a rage room where you can “smash objects and completely release aggression.” The video showed Hannah absolutely eviscerating glass bottles with a baseball bat and throwing other objects on the ground.

She said at one point while breaking objects, “These are all my ex-boyfriends!”

Per usual, Hannah had a strong fan-base supporting her next to the dance floor. This week, Demi Burnett, Chris Bukowski and Katie Morton cheered on their friend next to one of the real MVPs of Hannah’s season: her dad Robert.

Although Hannah is usually all smiles during her time onstage, she’s open to admitting that her training for “DWTS” hasn’t been the easiest at times. She told Marie Claire magazine in a feature that she’s “had two for real emotional breakdowns,” which relate to her being her “own worst critic.” 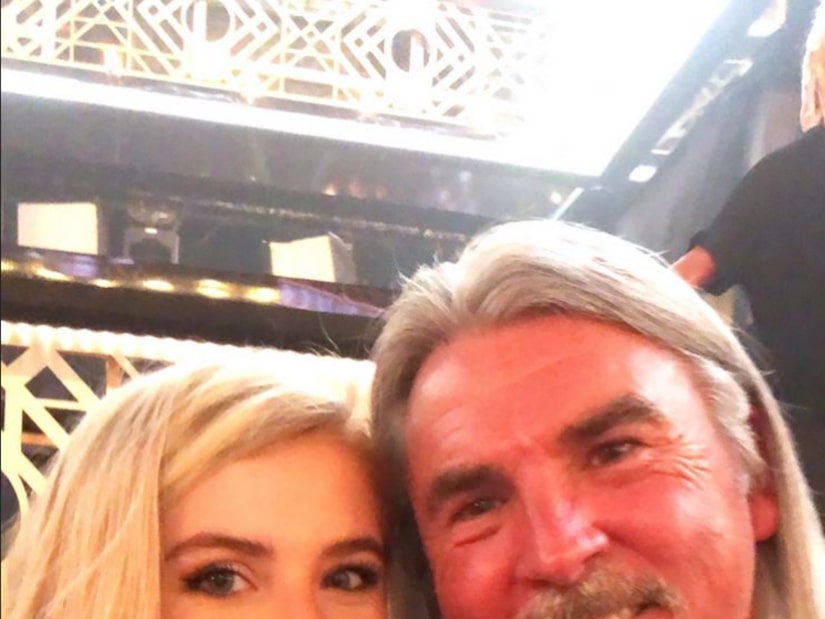 She explained, “There have been times in rehearsal when my head will not even allow my foot to go because I’m scared of messing up. It’s that fear of failure.”

Her hard work and ardent discipline is paying off. She and Alan receive high scores and lots of praise from the judges week after week, often landing them in the top spots.

The beast was unleashed, and we definitely don’t want to see her going anywhere anytime soon.