Talk about a Bachelorette power duo!

Ashley Hebert Rosenbaum and Trista Sutter reunited over the weekend in Los Angeles at a WE tv event for their hit show “Marriage Boot Camp: Reality Stars Edition.” Ashley and her husband J.P. Rosenbaum walked the red carpet together, and the same went for Trista and her husband of nearly 16 years, Ryan Sutter. Jade Roper and Tanner Tolbert also attended the event.

Both Trista and Ashley shared photos from their get-together on social media. Trista posted a picture of herself with Ashley, J.P., and their two children Fordham (Ford), 5, and Essex (Essie), 2. Essex turns 3 on November 5. Trista captioned the picture on her Instagram Story, “I got to meet Essie and Ford! Love your sweet family [Ashley and J.P.].” 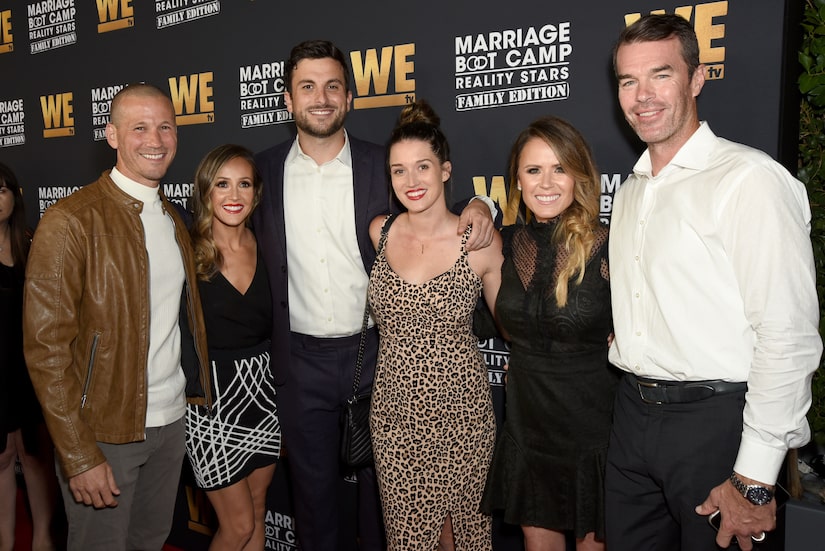 Ashley shared the photo on her own page and wrote, “Bachelorette families unite!” They brought Essie and Ford to L.A. with them, and Ashley shared some fun photos from their happenings around town. She captioned a video of her kiddos riding around on bikes, “We had such an amazing LA trip. I find that some of the most spontaneous and unplanned trips make the best ones.” She also wrote on that video, “Kids LOVED California.”

Trista set the stage for her successors as the first-ever Bachelorette. She vied for Alex Michel’s heart on “The Bachelor” and made it to the final two, but she lost out to Amanda Marsh. Despite not receiving the final rose, Trista became a beloved household name and thus became the inaugural Bachelorette. Her season was quite the success story. She handed out her final rose to Ryan Sutter over Charlie Maher, and they’ve been together ever since. Ryan and Trista got married on December 6, 2003, and they’re the proud parents of Maxwell, 12, and Blakesley, 10. 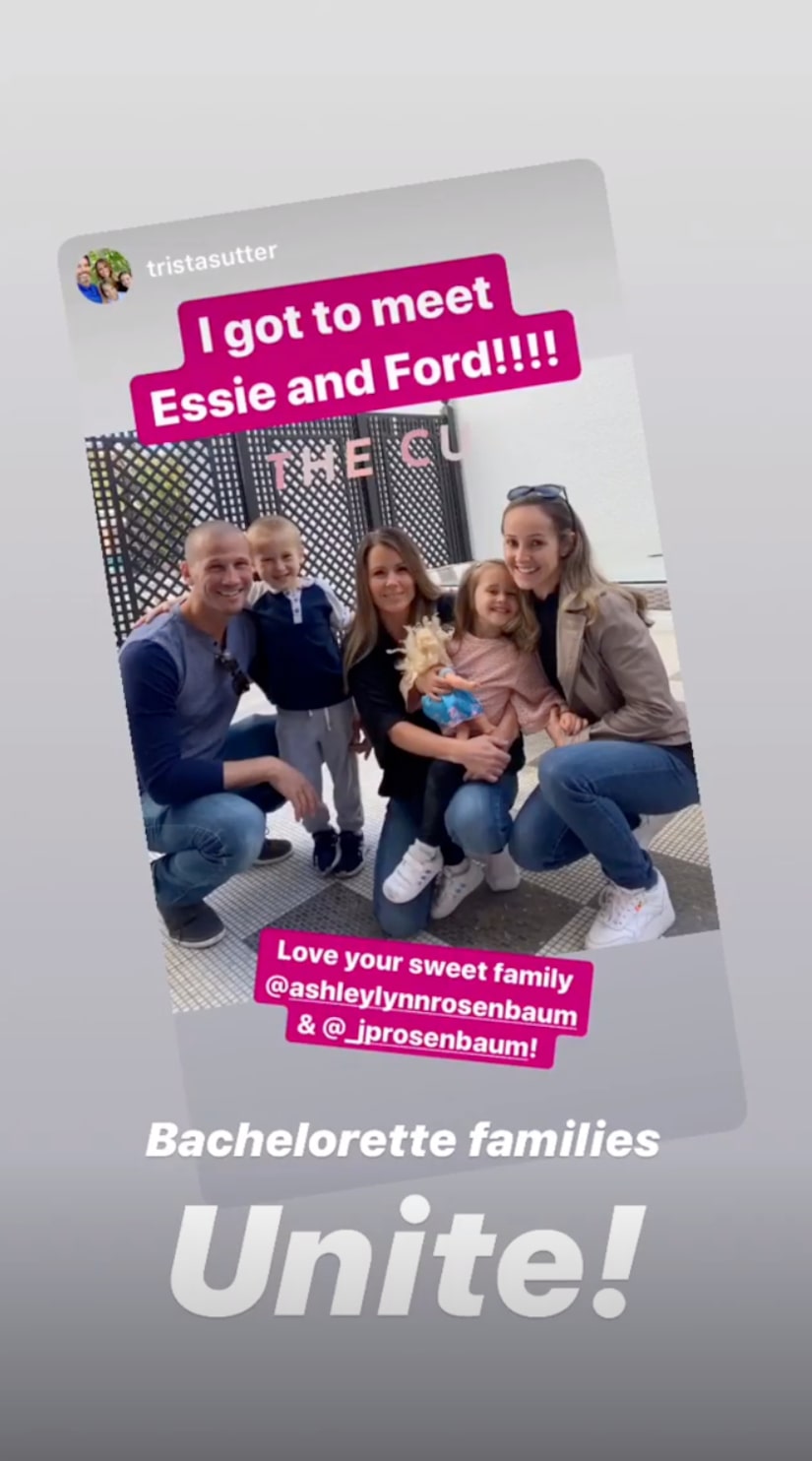 Ashley and J.P. have a very similar love story. Ashley appeared on Season 15 of “The Bachelor” with Brad Womack, but went home before Brad gave his rose to Emily Maynard over Chantal O’Brien. Ashley had her chance to hand out roses, and her connection with J.P. was clear from the get-go. The happy couple married on December 1, 2012, in Pasadena, California, and they now live in Miami.

Ashley and J.P. and Trista and Ryan are two great instances of proof that love really can be found in Bachelor Mansion.