What’s a season of “The Bachelor,” “The Bachelorette,” or “Bachelor in Paradise” without a sparkling Neil Lane engagement ring to cap the season? The eponymous jeweler is a mainstay on the show, providing fabulous rings and wedding bands for happy couples. There was a time, however, when this almost didn’t happen.

Neil joined Rachel Lindsay and guest co-host Becca Kufrin for an episode of “Bachelor Happy Hour” to discuss his journey with the show. As Neil explains it, the producers called him several times to ask him to provide engagement rings for the couples. He told Becca and Rachel, “Here I am in Hollywood doing my thing, doing rings and blings. I didn’t want to do the show, because I didn’t know what the show was. I didn’t know what I was supposed to do. I didn’t know what they wanted.” He also doesn’t “watch a lot of TV.”

Eventually, though, one his assistants told him, “It’s a popular show. You should do it.” Neil heeded the advice and accepted the show’s offer. 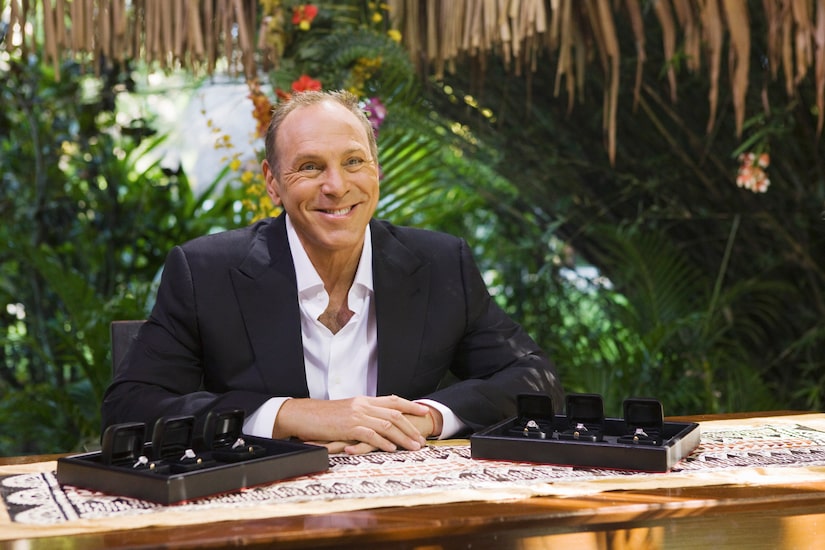 We’d say the rest is history… but it’s not that simple.

According to the jeweler, the producers asked him to go to New Zealand for the finale of Jason Mesnick’s season of “The Bachelor.” Neil couldn’t make the trip because he was opening a new store (which ended up being “kind of glamorous”) and he didn’t want be “a zillion miles away” and have to deal with the jet lag (there’s a 21-hour time difference between New Zealand and Los Angeles). As Neil recounts it, his friend Paul overheard the conversation and offered for his girlfriend, Emily, to travel in Neil’s place. Emily flew coach to New Zealand and delivered the ring.

At that time, there was only one engagement ring to choose from, but Neil said the exposure from the show helped his store boom in popularity — albeit on a time delay after the taping. He shared, “I had no idea of the show; it aired in Hollywood time, which is fake time. It was two months later and I didn’t know the show was airing, and it was incredible. With the exposure, so many people called.”

The Brooklyn native quickly became a pivotal part of the “Bachelor” team. He’s since gotten to travel to all sorts of far-flung destinations, becoming a permanent fixture in the show’s behind-the-scenes family.

He revealed that it took some time for him to open up at first, explaining, “I didn’t know the energy of the show and I didn’t understand what I was doing. In the beginning, I didn’t intermingle so much. I stayed in my room, not because I was antisocial, but because I didn’t know how to interact with the crew. I started to really relax and meet the people, and I felt the love. I felt part of it. It was a family.”

Neil admits he still gets “nervous” at times, but he also knows how to “put on the Neil Lane façade” when the time calls for it.

To hear the rest of Neil Lane’s fascinating story, listen to the all-new episode of “Bachelor Happy Hour.” Be sure to subscribe today on Apple Podcasts, Spotify, or wherever you listen to podcasts.

Want more Neil Lane inspiration in your life? You can also buy his new book “Style Your Wedding with Neil Lane,” out now.