Hannah Brown made the red carpet her throne at the 2019 CMA Awards in Nashville on November 13.

The Season 15 Bachelorette stunned in a beautiful short-sleeve white Atelier Zuhra dress with mosaic-style embellishments, which she said weighs “about 50 pounds.” Hannah walked the red carpet with her “Dancing with the Stars” partner Alan Bersten during a brief break from practicing for the show’s semifinals.

Hannah posted updates on her Instagram Story, saying she had “the best time ever” meeting some of her country music idols (Garth Brooks and more), but there was one thing weighing her down — literally. Her dress apparently felt so heavy at one point that she took a breather on the red carpet. 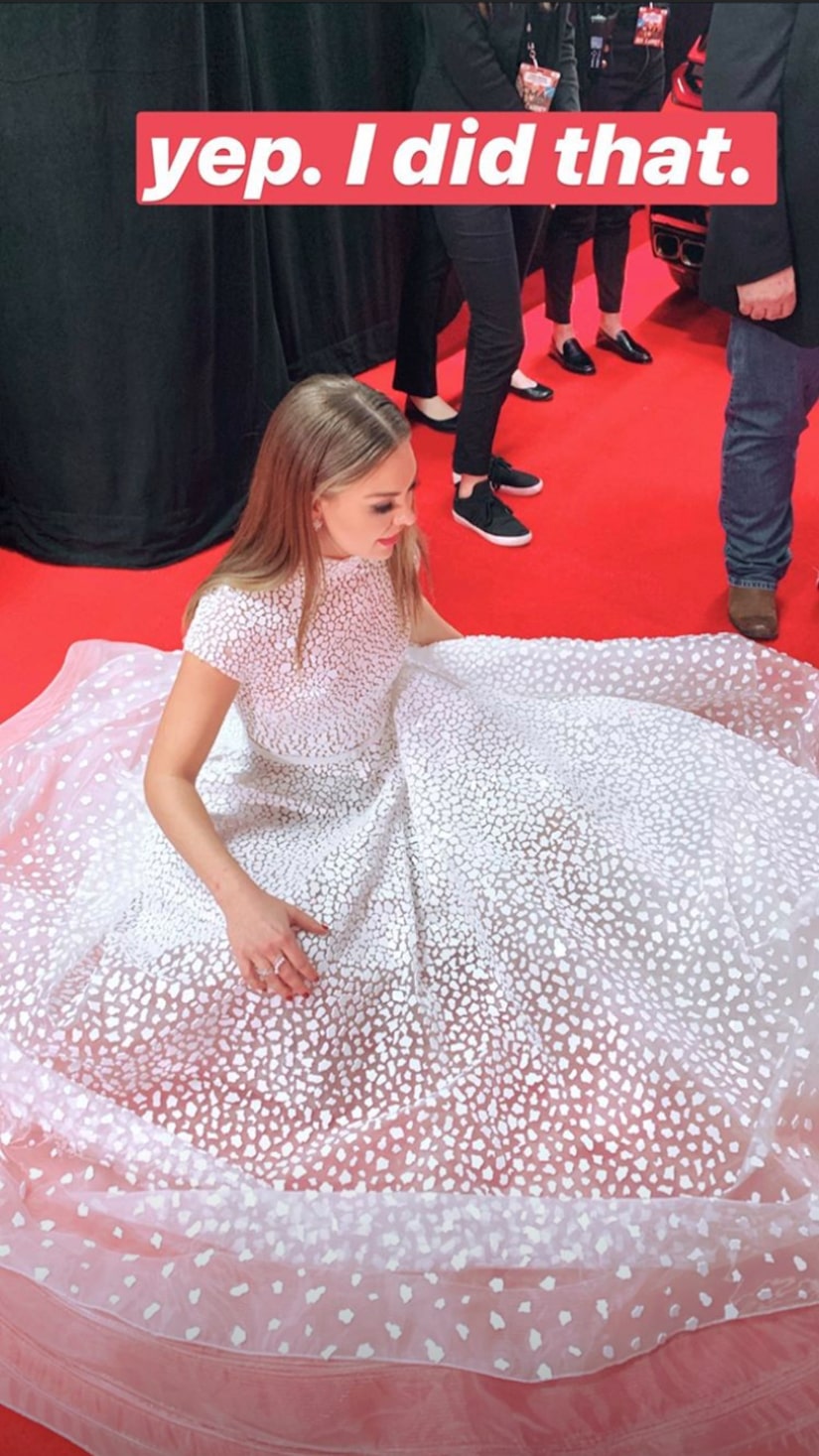 She said in her Instagram Story video, “I’m actually sitting on the red carpet because this dress is so heavy! But it’s beautiful.” In another slide on her Story, Hannah posted a photo of her sitting and captioned it, “Yep. I did that.”

Luckily for her, Hannah didn’t have to wear the dress all night. She swapped into a black cape-like gown with a large chest cutout before presenting the Vocal Group of the Year award. 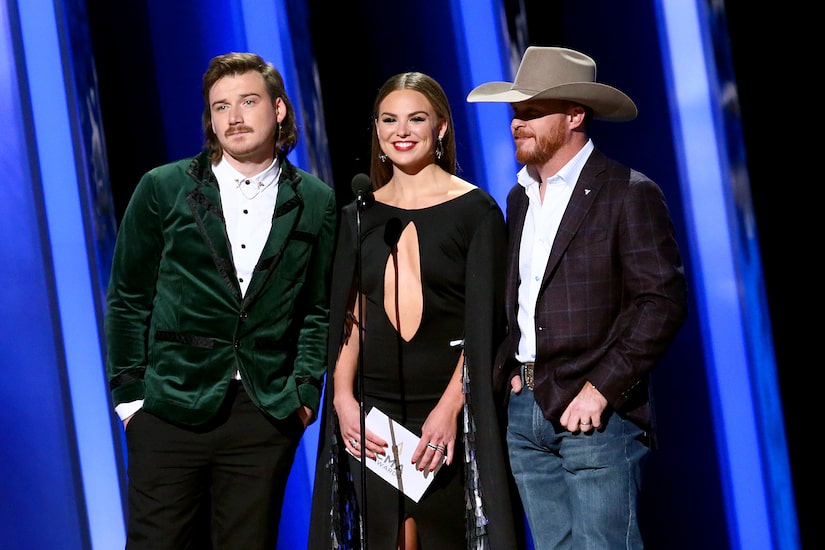 It’s been a whirlwind of a week for the 25-year-old. On November 10, she won Competition Contestant of the Year at the 2019 People’s Choice Awards. In her speech, she thanked fans of “The Bachelorette” for allowing her to be candid throughout the process. She said onstage, “This award means a lot to me, because it just affirms that it’s okay to be vulnerable and put your heart out there and people will receive and give that love back… I was just a girl from Alabama, but thank you for allowing me to be that girl from Alabama and shine my light. This is awesome. Roll tide!”

A day later, she and Alan wowed the “DWTS” judges with their salsa and tango routines, easing their way into the semifinals.