Arie and Lauren Luyendyk made a special pit stop Sunday during their vacation in Paris.

The “Bachelor” couple and their daughter Alessi ventured to the City of Lights over the weekend for a fun family getaway. Paris holds a special place in their hearts because it marked the first of many international stops on Arie’s season of “The Bachelor.”

They both posted the same photo on Instagram, showing the family of three in front of Le Grand Véfour, a legendary restaurant that dates back more than 200 years. The building and the eatery itself teem with history: Many of France’s kings, nobles, and other big names have walked its hallowed halls. Its ideal location — just feet from Le Palais Royal and the Louvre — surely contributed to the restaurant’s success.

Lauren captioned the image, “So surreal taking Alessi to see the place we had our first date today...even though she was asleep. lol”

Arie also described what it meant to him to revisit Le Grand Véfour. He wrote on his Instagram Story, “Lauren and I had our first 1 on 1 date on the Bachelor in Paris and we stumbled upon the restaurant we ate at on a walk tonight. We talked about how we walked down this little street lined with arches after dinner and how it’s crazy to think back to it all.”

His note continued, “Being back here makes us so happy to see where it all began.”

Arie, Lauren and Alessi also visited another Parisian must-see, posting pictures from the Louvre, where they made sure to show their little girl Leonardo da Vinci’s famous “Mona Lisa” painting.

At just 6 months old, Alessi already seems like she’s enjoying the fine arts. In one adorable Instagram photo, Lauren holds Alessi next to a statue of a cherub, which she stares at intently. Arie wrote, “Alessi, this is art.” In a subsequent photo, Alessi grins and Arie captioned the moment, “She likes it!” with a smiling emoji. When his daughter saw the “Mona Lisa” itself, Arie wrote, “Alessi was awake but obviously not impressed.”

Check out more photos from the Luyendyk family trip to Paris below. 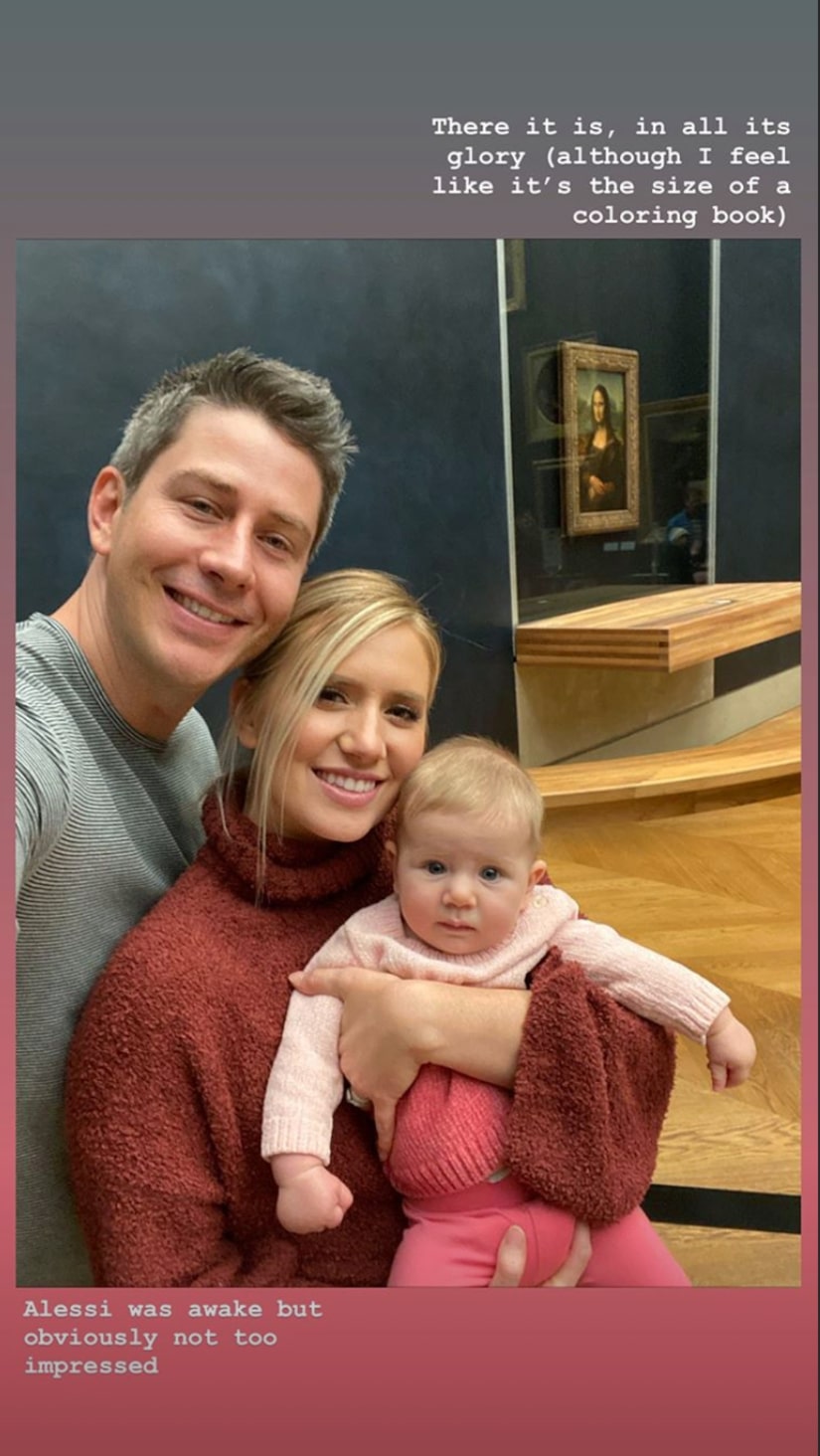 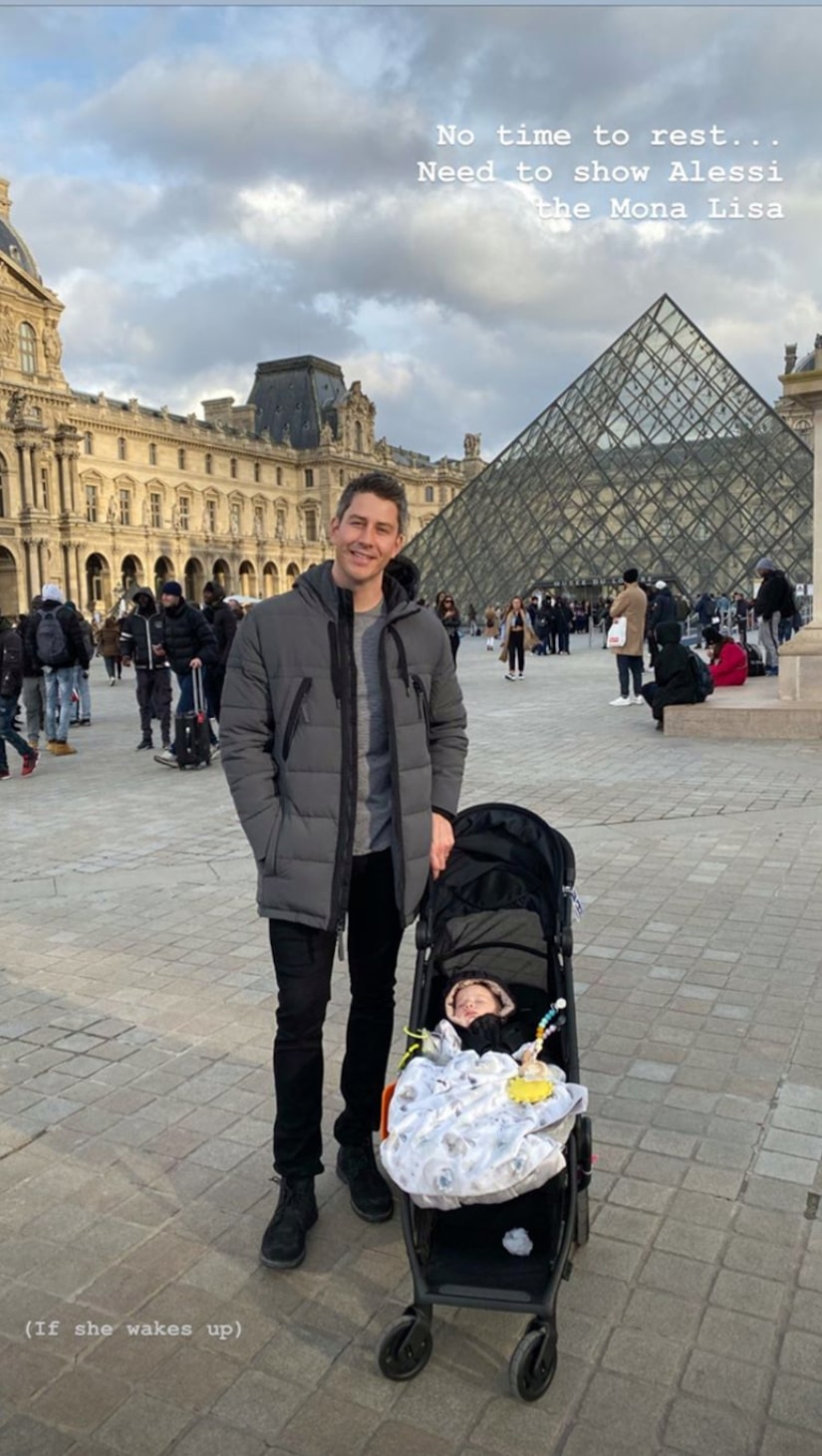 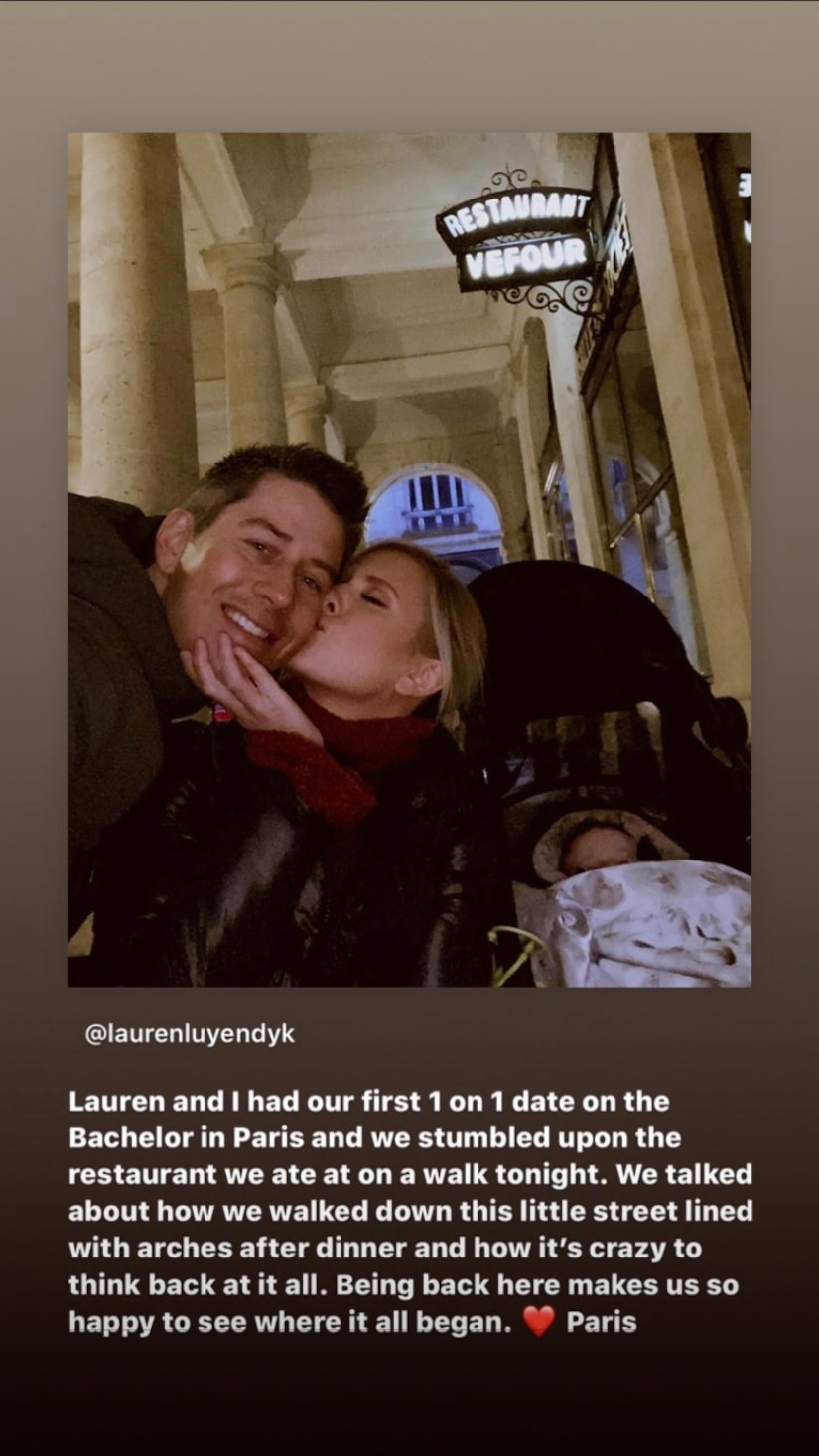 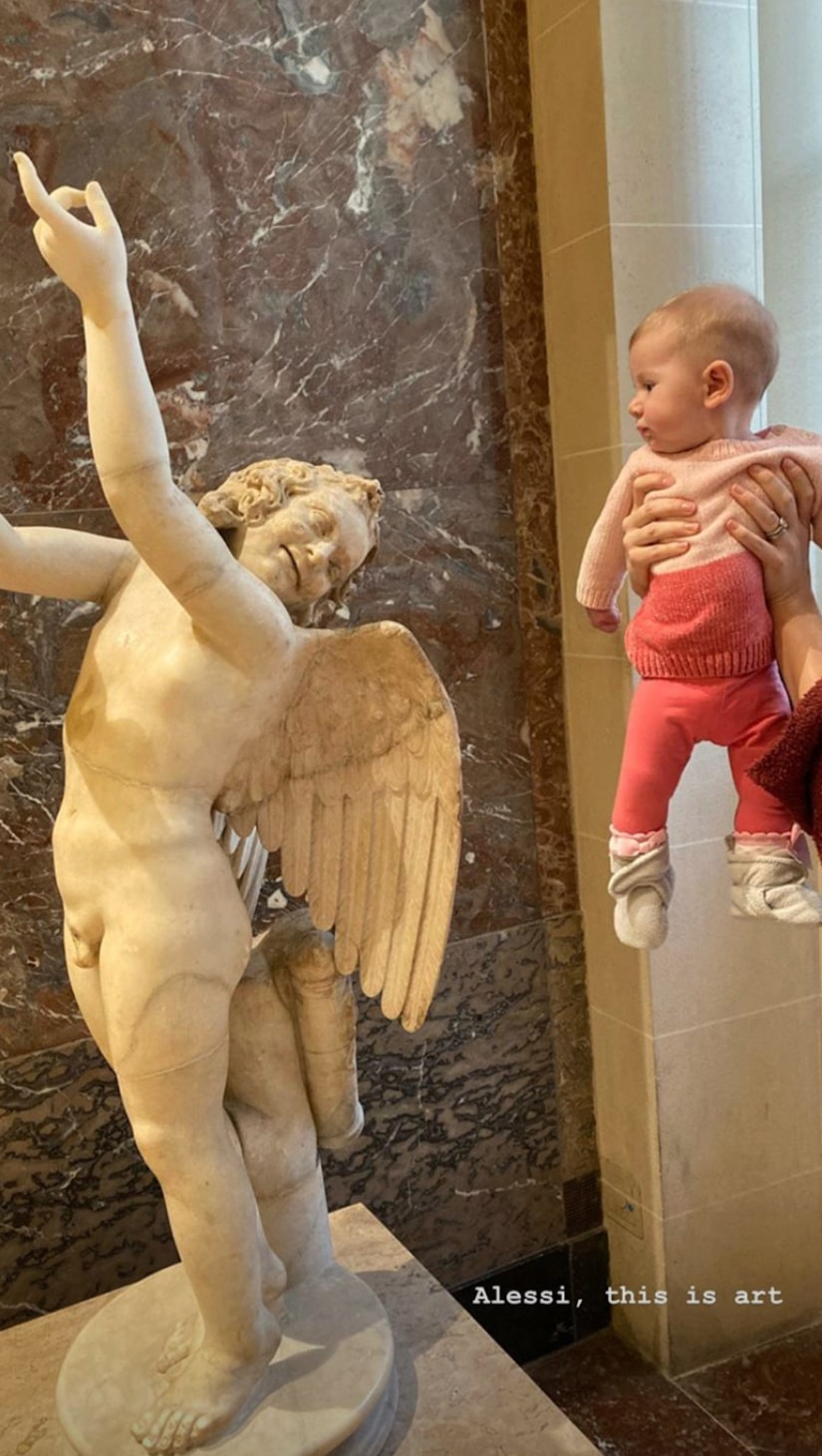 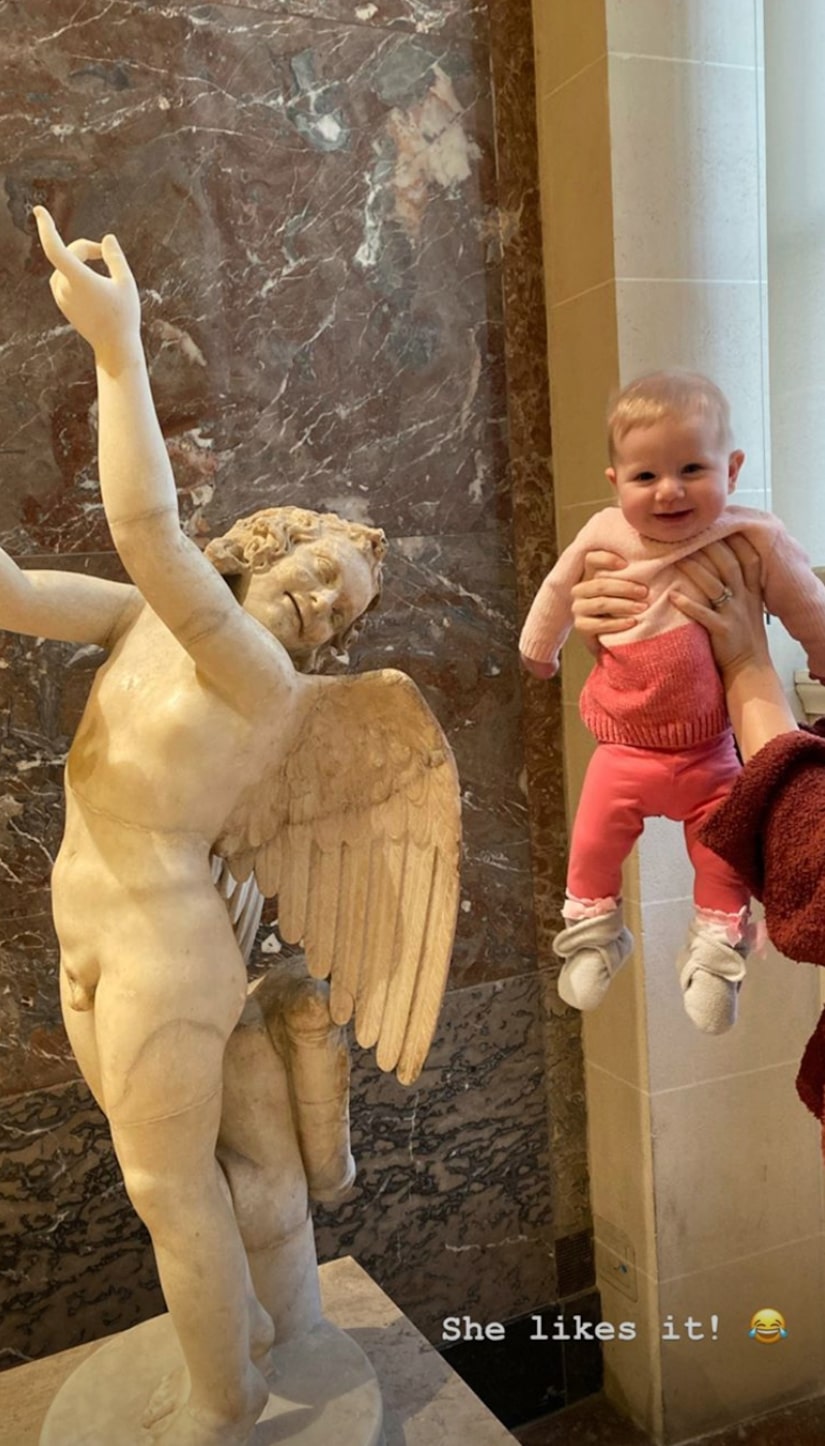 Here’s to the Luyendyks enjoying a “bon voyage” in Paris.