Tayshia Adams got a bit more than she bargained for during one pit stop on “The Bachelor.”

The “Bachelor in Paradise” alum joined Rachel Lindsay, Bryan Abasolo, Eric Bigger, Katie Morton, Kendall Long and Joe Amabile for a special Friendsgiving episode of “Bachelor Happy Hour.”  During the episode, Rachel and her guests discussed lodging, and Rachel said she “would always try to give [Bryan] my room number” while on dates.

Tayshia, however, dealt with an unwanted guest. She revealed, “I had a spirit in my room in Denver.” She and the remaining women on Colton Underwood’s season stopped in Denver the week before hometown dates. The 29-year-old explained, “We stayed in a haunted hotel in Denver. Kirpa [Sudick] and I were staying in a room that was an old library. I’m a light sleeper, and I heard this noise that sounded like a nail scratching. I closed my eyes and I heard it again.”

She attempted to wake Kirpa, with no luck. When Tayshia tried a second time, Kirpa told her to turn on the light, and “it looked like there was a body standing behind the curtain.” They thought it might be the air-conditioning vent, so Tayshia got ready to investigate. She grabbed her comforter and “lifted it up” to go check, but then the outline “flattened out.”

Tayshia said, “We screamed and it was 3 o’clock in the morning.” Spooky! 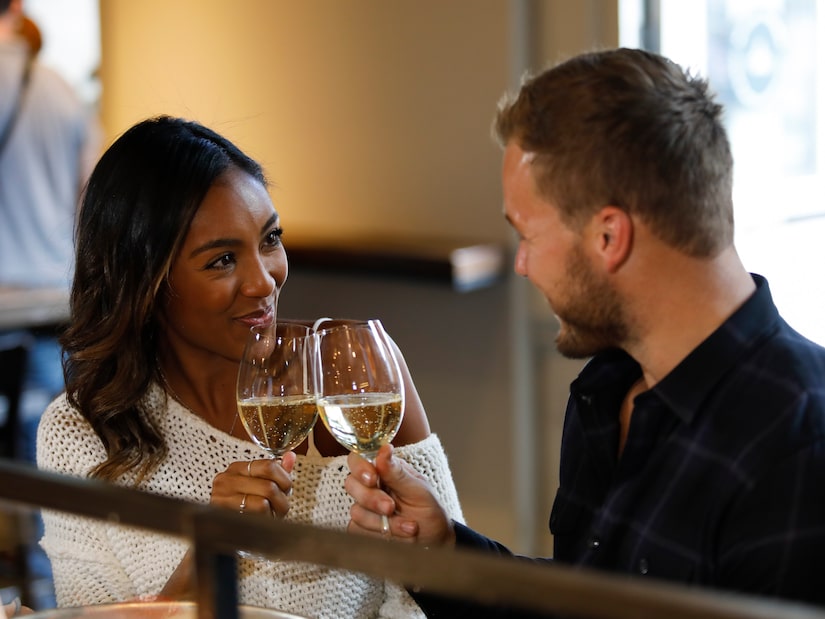 She wasn’t the only member of Bachelor Nation who encountered the paranormal. Rachel revealed that “everything was haunted” in Norway, including her hotel. She told her friends, “I had a two-story room and my TV turned on by itself upstairs. I was so exhausted that I just put the covers over my head. The next day, I’m talking to audio and the cameramen, and they’re telling me all these stories about past seasons having haunted hotels.”

According to Rachel, her TV came to life the next night at the exact same time! In a panic, she “grabbed everything and ran across the hall to a producer’s room, banged on the door, and said I needed to sleep there.”

To hear more about haunted hotels and other Friendsgiving stories, be sure to listen to the new episode of “Bachelor Happy Hour” now and subscribe today on Apple Podcasts, Spotify, or wherever you listen to podcasts.