Hannah Brown, will you accept this trophy?

The Season 15 Bachelorette and her dance partner Alan Bersten took home the coveted Mirror Ball Trophy on “Dancing with the Stars” Monday night. Hannah and Alan competed against fellow dance pairs Kel Mitchell and Witney Carson, Ally Brooke and Sasha Farber, and Lauren Alaina and Gleb Savchenko. Kel and Witney were the runners-up, while Ally and Sasha finished third, with Lauren and Gleb fourth.

The champions were ecstatic about their big victory! Alan told Us Weekly after the show, “I cried like a baby. It was the best feeling in the world and I’m so proud of Hannah. I can’t believe this journey ended like this and I’m just happy.” To make it all even more special, this marks the first time he’s won on the show.

Hannah said during the show that her time on “Dancing with the Stars” and partnering with Alan allowed her “to trust somebody again.”

The Alabama native told “Entertainment Tonight” that she was in “complete shock” when Tom Bergeron called their names. She said, “I'm super thankful for the experience. Even the hard times, the fans just stuck it out with us. I cried a bit earlier today, but I just felt a sense of peace come over me because I knew that I gave it my all.”

Hannah said of her experience competing, “It's been crazy, it's been heartbreaking, it's been exciting and adventurous, but it's all been worth it.” Plus, she said she learned an important life lesson out of it: “I can be confident. I just felt so empowered on this journey… I sometimes don't understand why this is happening to me, but the fans and the people who have loved me around this whole experience have made me feel like I do deserve it.”

Many Bachelor Nation members supported her along the way and shared their congratulations after the big win. Throughout the season, many of Hannah’s friends sat in the audience and cheered her on, including Demi Burnett, Hannah Godwin, Colton Underwood, Heather Martin, Chris Harrison and more.

Hannah posted a photo of herself and Alan holding the Mirrorball on Instagram and positive remarks flooded the comments section. Tayshia Adams, who appeared on Colton’s season of “The Bachelor” with her, wrote, “Yassss!!!! You killed it! So well deserved!! Proud of you!!”

Raven Gates added, “So so so happy for you!! What a YEAR it has been for you!!” 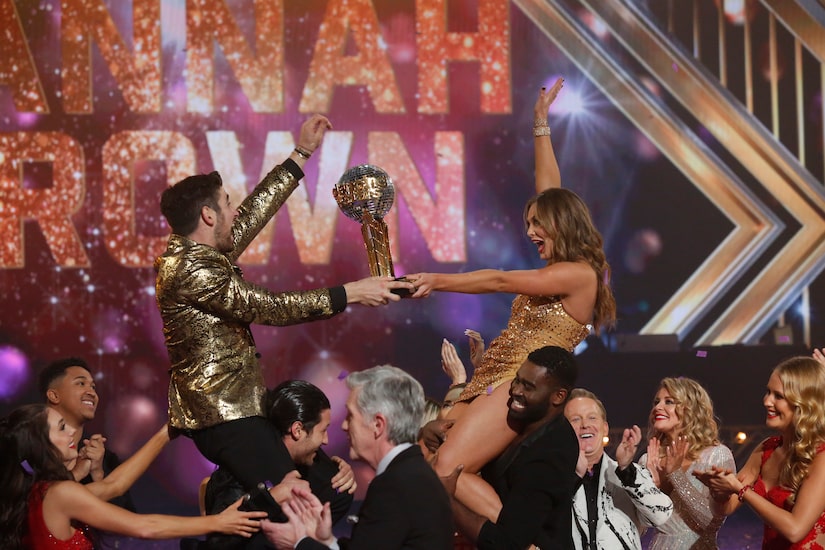 Lucky for Hannah fans, this won’t be the last of her we see on TV anytime soon. A teaser for Peter Weber’s season of “The Bachelor” shows her exiting the limo at Bachelor Mansion, which leaves Peter completely shocked. In yet another sneak peek, Peter asks Hannah to stay in the house and potentially join the rest of the women for the season.