All’s fair in love and past “Bachelor” wars.

During part two of the “Bachelor Happy Hour” Friendsgiving episode, Rachel Lindsay, Bryan Abasolo, Eric Bigger, Kendall Long, Katie Morton, Joe Amabile and Tayshia Adams discussed some of the “legendary ‘Bachelor’ feuds,” such as Luke Parker versus “basically everyone in the house.” Rachel even revealed that, unbeknownst to most viewers, she feuded with Vanessa Grimaldi on Nick Viall’s season of “The Bachelor.”

Rachel shared details about their past and how they eventually put all the bad blood behind them. “I was in a feud with Vanessa and it wasn’t aired when I was on Nick’s season, but then it became kind of known,” she explained. “Certain people from the season would talk about it, but neither one of us ever went on social media and went at each other.” 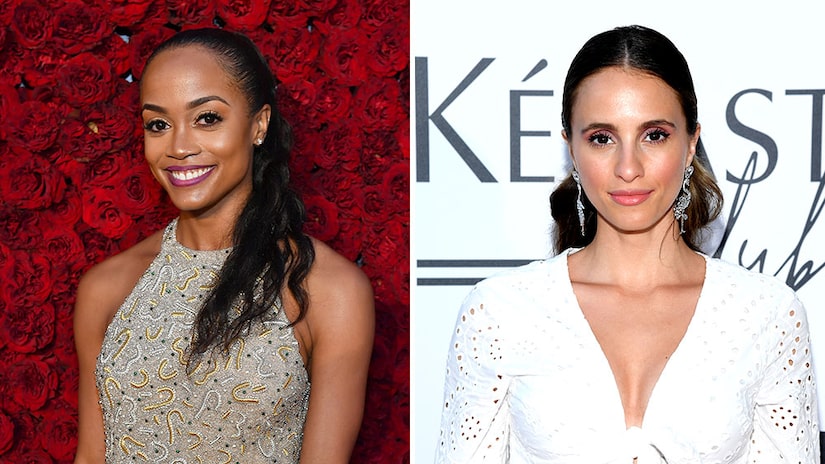 Vanessa ultimately reached out to Rachel “after time had passed and I had done ‘The Bachelorette.’” She said, “We got on the phone and we didn’t even hash out what had happened because we’re so many years past that. We just picked up where we were and had a conversation about it and wished each other the best.”

Rachel also said she and Vanessa are “totally friendly and cool now,” but that happened because “time had to pass” and they “had to separate.”

Be sure to tune into the new episode of “Bachelor Happy Hour” now, and subscribe today on Apple Podcasts, Spotify, or wherever you listen to podcasts.