J.P. Rosenbaum announced on Sunday that he’s been diagnosed with Guillain-Barré Syndrome(pronounced gee-YAH-buh-RAY), a rare disorder caused when the immune system attacks the nervous system.

According to the Mayo Clinic, GBS can lead to full-body paralysis and usually occurs after some type of bacterial or viral infection, such as the flu. Symptoms include a prickling sensation in the fingers or toes, weakness in the body, inability to chew or swallow, and severe pain.

The National Institute of Neurological Disorders and Stroke (NINDS) explains on its website that GBS is more common in adults and affects one in 100,000 people each year.

The “Bachelorette” alum shared the news in a series of videos on his Instagram Story. He called the diagnosis and his subsequent time in the hospital “very surreal, humbling, and crazy rare.” He listed off some mundane daily activities that he can no longer do for the time being due to the condition.

J.P. said, “Things you do every day like picking up this phone, buttoning buttons, tying shoelaces, putting on deodorant, just can’t do it. Picking up my kids, can’t do it.”

He continued, “I just can’t really believe it.” 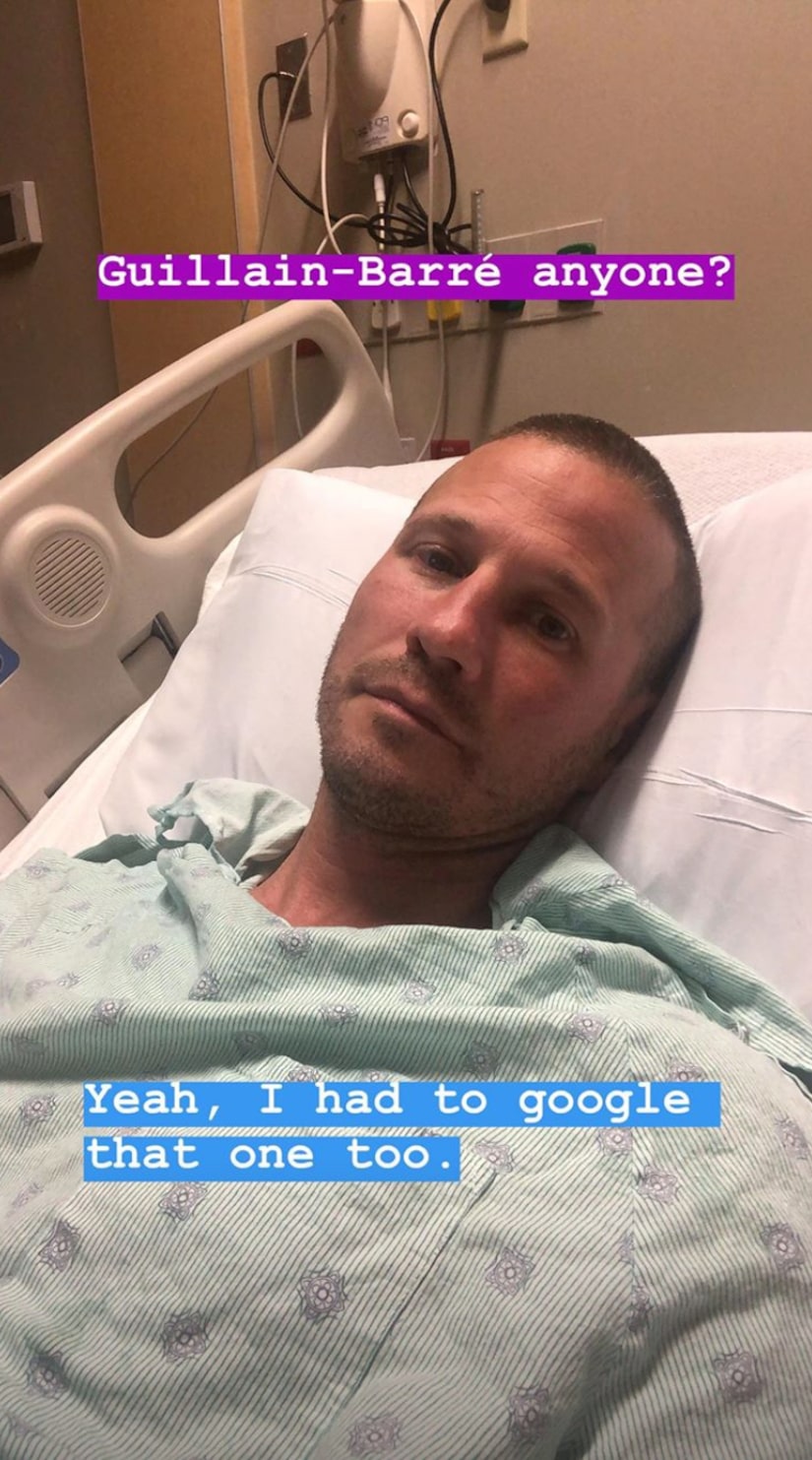 J.P. explained he hopes to figure out if his symptoms have "plateaued, which means they haven’t gotten worse.” There’s a possibility he will remain in the hospital for a few more nights.

He said, “Hopefully I’m on the road to recovery. I know things can get a lot worse, but I hope that doesn’t happen to me. I think we caught it early enough where we can start treatment and we can now start recovery.”

J.P. said he already completed two rounds of immunoglobulin therapy (IVIg). The National Institute of Neurological Disorders and Stroke explains, “When IVIg is given to people with GBS, the result can be a lessening of the immune attack on the nervous system. The IVIg can also shorten recovery time.” 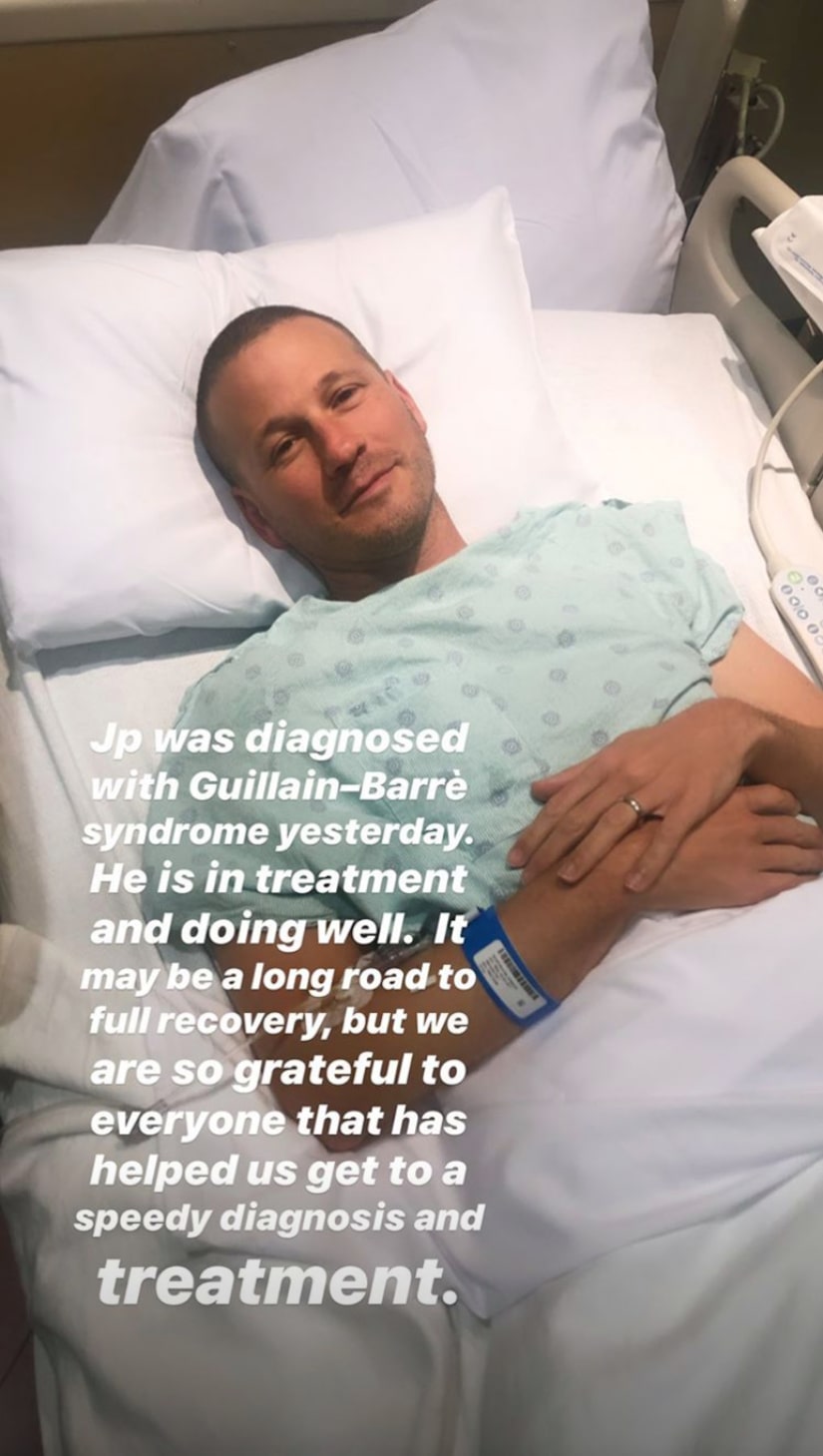 Both J.P. and Ashley Hebert Rosenbaum, his wife and Season 7 Bachelorette, thanked everyone for their support and outreach during his time in the hospital. She, too, shared his optimistic outlook.

Ashley posted a photo of J.P. in his hospital bed on her Instagram Story and wrote, “Jp was diagnosed with Guillain-Barré syndrome yesterday. He is in treatment and doing well. It may be a long road to recovery, but we are so grateful to everyone that has helped us get to a speedy diagnosis and treatment.”

We wish J.P. a very speedy and healthy recovery!