Did you feel any turbulence on Monday’s season premiere of “The Bachelor”? Are you jet-lagged from the historic three-hour episode? Do you think Peter Weber will soar to new heights on his journey to find his forever?

Aviation and flying references played a large role in grand entrances as 30 women arrived at Bachelor Mansion on that fateful first night. Windmills did too, but Peter’s profession as a pilot was definitely on the radar.

The episode began with Peter donning aviator sunglasses and hopping into his two-seat plane to fly off into the sunset “Top Gun” style. He said he was “in the captain’s chair now,” so he hoped for clear skies ahead as he took off with a final destination — a fiancée — in mind.

As it turned out, so did many of the women. 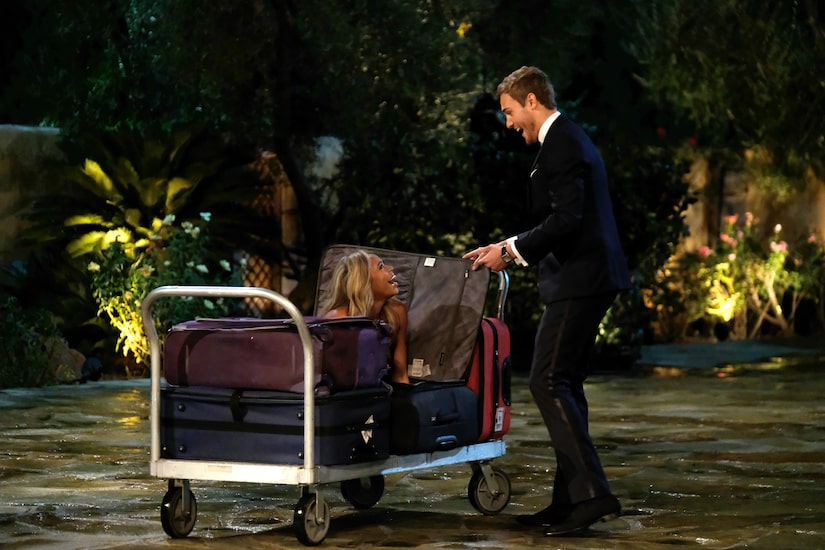 Kiarra had one of the most memorable entrances of the evening. A man dressed as an airline employee rolled in a cart filled with suitcases. A few moments later, Kiarra yelled, “Hello!” and out she emerged from some luggage.

Madison also flew right into the Bachelor Mansion driveway and straight into Peter’s heart (she went on the first one-on-one date). She jogged up wearing a massive paper airplane around her red dress. After separating herself from the airplane, she told Peter, “I’ve successfully landed my plane, so all that’s left to do is land your heart.” 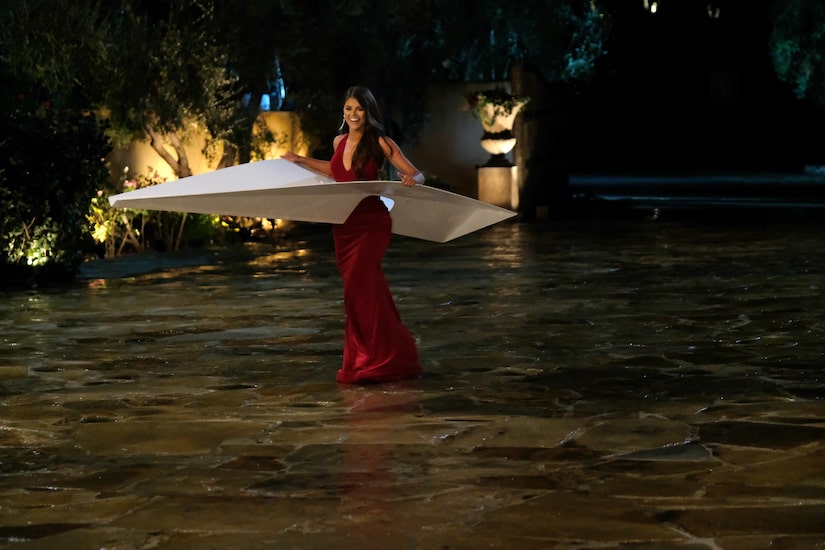 Peter enjoyed it, telling her, “That was such a cool entrance.”

Madison’s larger-than-life paper airplane also showed up later in the episode when others used it as a distraction to gain Peter’s attention.

Shiann came prepared just in case Peter dealt with any bumps along the way — she handed him a barf bag.

Tammy arrived ready for some security checks with her metal detector wand and warned the Bachelor she’d “have to do some private screenings” because there were reports of a “large package in front of Bachelor Mansion.” Later on, Tammy handcuffed Peter during her security check and discovered a condom in his pocket.

Peter had three flight attendants arrive on the first night, but he sent them all packing. 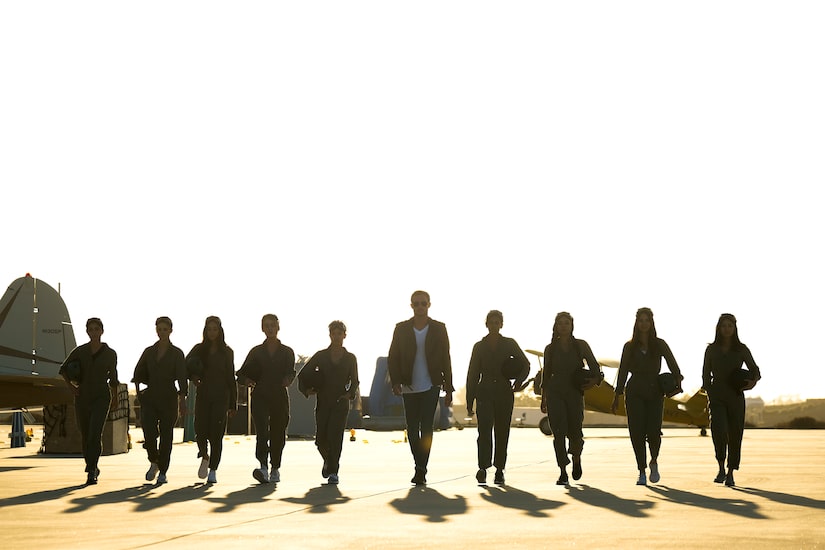 The first group date of the season brought the ladies to flight school, where they learned the ropes from Katie Cook, the first female Blue Angels pilot, and Marine Corps aviator Alisa Johnson.

The women spun around in a turbulence simulator and competed in an obstacle course that resulted in Kelley winning a one-on-one sunset flight with the pilot himself. Hannah Ann quoted “Top Gun” at one point, saying, “I got a need. I got a need for Peter. I’m his new Maverick.”

While the first episode of “The Bachelor” provided viewers with a plethora of pilot puns, this is likely just the launch of the many aviation homages we’ll see.

Did you miss any of those limo exits? You can watch them below!

Here’s what to expect on Week 2 of “The Bachelor,” which airs Monday night at 8 p.m. on ABC.