Peter Weber took his journey on “The Bachelor” into his own hands on Monday night when he decided to hand out one final rose rather than two.

After offering the last rose to Mykenna and sending Alexa, Jasmine, Sarah and Alayah home, Peter immediately questioned his choice to not give Alayah one more chance. While the other women in the house breathed a sigh of relief, Peter got choked up about what had just transpired.

Many people in Bachelor Nation, including Becca Kufrin and Rachel Lindsay, commended Peter for his decision to send Alayah home. Becca and Rachel discussed his actions — and their feelings about Miss Texas 2019 — on a new episode of “Bachelor Happy Hour.”

“Peter really seems to be struggling and it’s only Week 3. It’s only going to get harder and harder,” Rachel said.

The Season 13 Bachelorette explained she felt “okay that Alayah went home,” and she actually sees it “as a gift for Peter.”

Rachel elaborated, “This early in the game, you don’t know a lot of people. You got all this reassurance from not one but from several women in the house. Peter: It’s going to get so much harder. Take this as a gift because you really liked her and she showed you her true colors early.”

Becca commented on the fact that Peter struggled “so much” with his choice to send her home, and that “worries” Rachel. Rachel said, “If you’re doing that this early, you’re going to be doing it from here on out. The first time where I had a doubt about sending someone home, I was less than 10 people. You’re doing that and there are so many girls, it’s just going to get so much harder for him.” 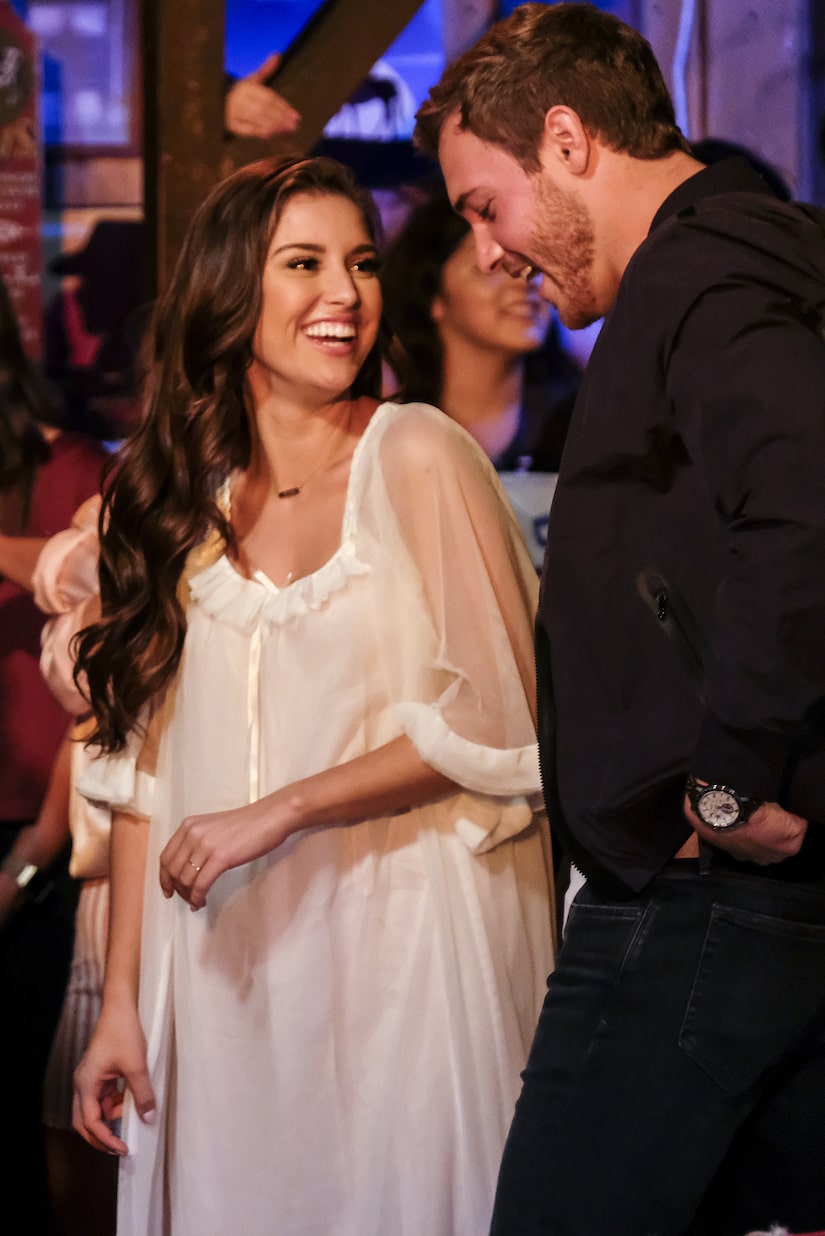 The co-hosts also talked about giving roses to people they didn’t necessarily feel an immediate connection with but kept around for other reasons. Rachel said she initially wished she “had less roses to give” in the beginning, because her decisions started getting more difficult “when I got to 10 [men left].”

Becca, on the other hand, “pretty much knew who my top guys would be” on the first night. She explained there were some men “who surprised me week by week” and also “just made me laugh.” She said she kept people around because she knew they would be “good morale” for everyone in Bachelor Mansion.

Although Peter sent Alayah home on Monday’s episode, the trailer for next week teases that this isn’t the last we’ve seen of her.

To hear more of Rachel and Becca’s thoughts on Week 3— and an exclusive clip — be sure to listen to the new episode of “Bachelor Happy Hour” now. Don’t forget to subscribe today on Apple Podcasts, Spotify, or wherever you listen to podcasts.