Joe Amabile and Kendall Long have broken up.

The “Bachelor in Paradise” couple announced the news in a joint statement exclusively to “Bachelor Nation” on Wednesday. They wrote, “We have decided mutually to go our separate ways. Joe has made the decision to move back to Chicago while Kendall will be remaining in her hometown of Los Angeles.”

The statement continued, “Our family and friends have always been an extremely important element to who we are as people. We can’t imagine continuing our lives without them closer, especially when thinking of starting a family of our own one day. We both respect each others’ decision and still have a great deal of love for each other. We appreciate all the love and support everyone has given us throughout our relationship."

Joe and Kendall first crossed paths on Season 5 of “Bachelor in Paradise,” and the grocery store owner appeared smitten from the get-go. On the first day, after making the rounds and chatting with other “Paradise” attendees, Joe and Kendall spent one-on-one time talking on a day bed. Kendall commented, “I expected there to be a lot more aggression and people just trying to claim and make moves, but I haven’t really felt that.” 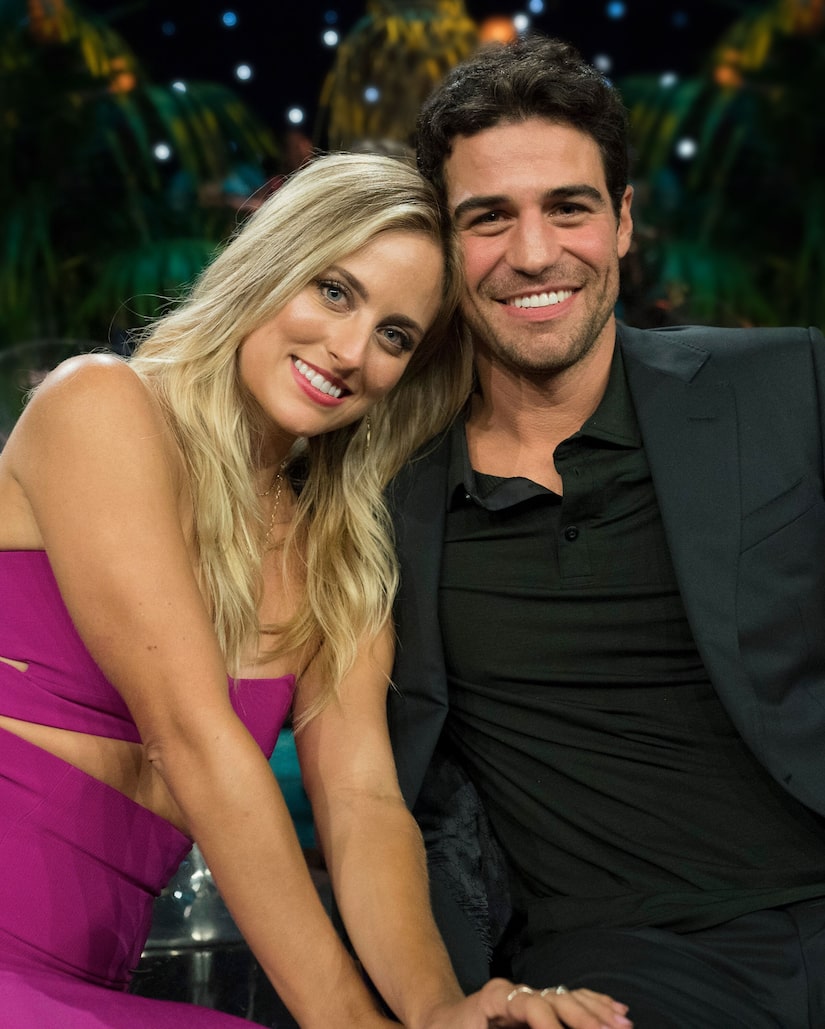 Joe laughed and said, “That’s what I’m doing now, just so you know.” The Chicago native noted in a confessional, “Kendall, I like her. She’s sweet and funny and attractive, which are all good qualities. I definitely felt there was a connection that could be forming, and I hope she’s down with that.”

Kendall, too, commented on Joe’s “awkward, silly” personality and his ability to amuse her. “I think literally all of our conversations have been laughing about all the awkward things that Joe says,” she said. “I find it oddly attractive.”

From that moment on, they became one of the most beloved potential love stories on the beach. Like any “Paradise” couple, they dealt with some bumps along the way. Joe promised his affection only to Kendall, whereas she hoped to keep their relationship more open before ultimately becoming exclusive.

Joe and Kendall parted ways at the end of the season in a heart-wrenching conversation. Kendall said, “There’s a part of me that obviously loves you, and I’ve known that for a while, but I don’t know what kind of love it is. I don’t know if it’s in love.”

Joe left immediately and it seemed that was the end for this “Paradise” couple. However, “Paradise” viewers learned at the reunion show that Kendall traveled to Chicago after filming concluded. She told Chris Harrison onstage, “He said so many things, and hearing those things made me realize I could be running away from the best thing that ever happened to me. I kept replaying over and over in my head things I could’ve done and said, and I could’ve chased after him, but I didn’t. I let him walk away and that was one of the biggest things that I regret.”

While the filmed portion of their conversation in Chicago ended in a cliffhanger, Joe confirmed he and Kendall were in a happy relationship and they were “in a good spot.”

With Kendall in Los Angeles and Joe in Chicago, Chris revealed he “pulled some strings” and “procured [Joe] a spot on ‘Dancing with the Stars.’”

Joe then moved from the Windy City to the City of Angels to begin his stint on ‘DWTS,’ which premiered in September 2018. Their relationship progressed after they were finally living in the same city, and they continued to travel together as Joe went on the road for the ‘Dancing with the Stars’ tour.

Joe and Kendall moved into an apartment (with some of her taxidermy animals) in West Hollywood, California, together in April 2019, adopting a dachshund named Pistachio in December 2019.