Those attending any “Bachelor Live on Stage” shows are sure to see some familiar faces in cities all across the country, and we’re not just talking about co-hosts Becca Kufrin and Ben Higgins.

"The Bachelor Live on Stage" officially kicked off February 13 in Mesa, Arizona, where former Olympian Fabrice hoped to find luck in love with local women. So far, the tour has visited Reno, Nevada, as well as Santa Rosa, Bakersfield, and San Jose in California; it checks in to Modesto, California, on February 19.

On January 28, the show revealed that Connor Saeli will be the Los Angeles Bachelor on February 28, when 10 lucky ladies will get their shot at winning his heart. Connor appeared on Hannah Brown’s season of “The Bachelorette,” as well as Season 6 of “Bachelor in Paradise.”

According to Connor’s “Live on Stage” bio, the two-time marathoner “loves to travel” and is “looking for a genuine woman who loves to travel.”

Additionally, his “ideal date” includes “breaking the ice over dinner, then a romantic nightcap.”

Eric Bigger from Rachel Lindsay’s season will make a guest appearance in Los Angeles as well.

For those in the Windy City, Diggy Moreland from Rachel’s season of “The Bachelorette” and “Paradise” Seasons 4 and 5 will take center stage. Diggy, who became notorious for his colorful bow tie collection, has “a passion for fashion” and is “looking for someone who is spontaneous and up for adventures.” If you really want to win his heart, according to Diggy, you should “order a square pizza and cut off the crusts.” 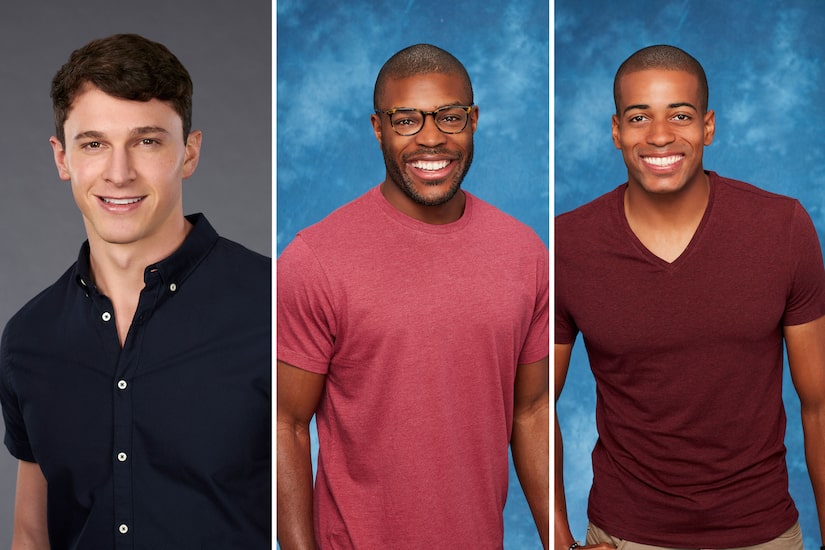 Blake Horstmann joined Becca and Ben onstage at their debut in Mesa and will also make a cameo in his hometown of Denver. Sydney Lotuaco from Colton Underwood’s season of “The Bachelor” and “Paradise” Season 6 plays a big part in the show as a dancer. Additionally, Molly Mesnick will be onstage in Seattle on March 7. Even Minno is joining Becca at a few stops on the road as "the official tour mascot"!

You can still buy tickets for "The Bachelor Live on Stage" if you haven't yet!