Kevin Wendt treated Astrid Loch to a surprise meal as part of an early celebration for her birthday.

Astrid, who turns 30 on February 23, enjoyed a birthday dinner with some friends Wednesday night at a Peruvian-Japanese fusion restaurant. She and Kevin both posted videos on their Instagram Story of the dinner, which included a few types of sushi rolls, including one being lit by a flame torch.

The festivities continued on Thursday when Kevin whipped up one of his “specialty” meals for his fiancée. He showed his kitchen counter covered with strawberries, Nutella, bread, and eggs as he said, “The best thing about birthdays is calories don’t count. Astrid is at the gym right now. I’m going to make her strawberry Nutella French toast, my specialty.” 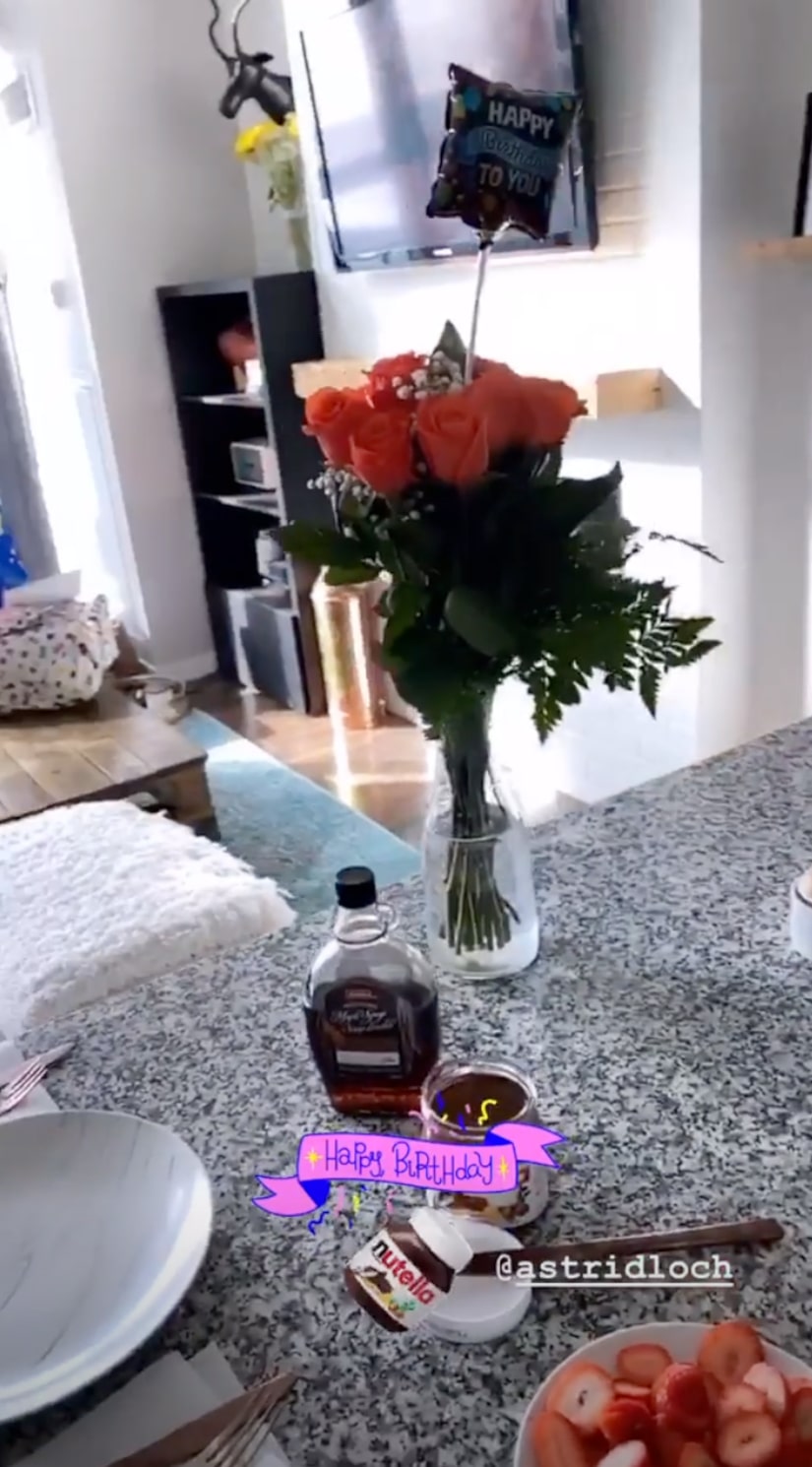 Kevin also bought Astrid a bouquet of red roses (what else?!) and displayed them in a vase on the counter. Astrid showed the spread on her Instagram Story and wrote, “Came home to the sweetest surprise & it’s not even my birthday yet.” There were also a few wrapped birthday presents on their coffee table.

Astrid and Kevin’s birthdays fall just three weeks apart, and Astrid wrote a sweet tribute to her beau on his big day. The Season 21 “Bachelor” alumna shared “a few things many of you don’t know about” Kevin, which also happened to be “the things I love about him the most.”

She began with: “1. He spends every single day thinking about what he can do next for our future. Whether it’s looking at properties, setting up retirement plans, or figuring out the next investment he’s never not thinking about tomorrow.”

The list went on as Astrid combined the sentimental with the humorous. The last item on her list reads, “10. He loves true crime and has planned my murder PERFECTLY. If I ever go missing make sure to check the walls.”

The "Bachelor in Paradise" Season 5 couple just rang in six months of engagement. Kevin proposed to Astrid in Toronto on August 28 with a ring that he designed himself at his family's jewelry store.