On Monday, Clare Crawley appeared on "Good Morning America" and confirmed that she will hand out roses at Bachelor Mansion on her journey to find love. She explained after the announcement, "The most important thing is I want a man that will take off his armor. I want a man who is strong, but is willing to take off the body armor, open himself up and be vulnerable, and I think that is some serious strength right there."

Clare added, "It's more if they go out of their way for me and they make me feel special, because this is about me now and I'm ready for it."

Bachelor Nation is ready for it too, Clare! Now it's time to get to know your Season 16 Bachelorette.

1. This will be her fifth stint on a 'Bachelor' show 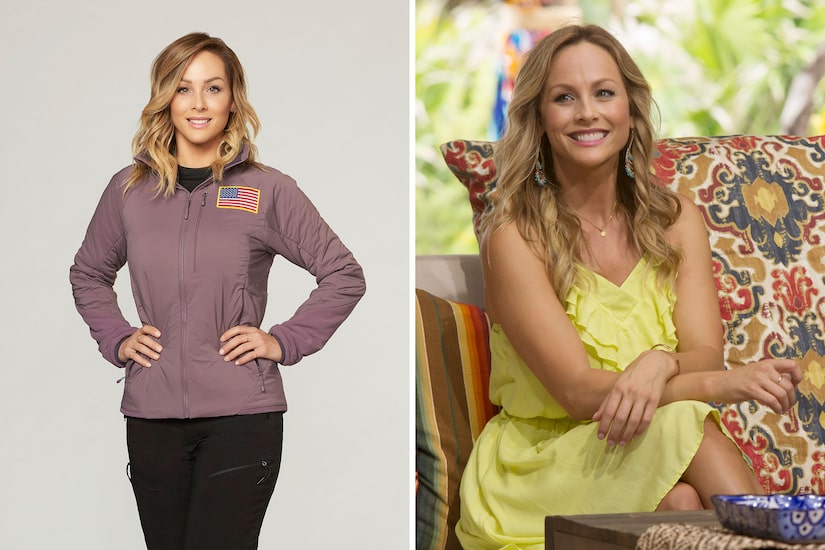 Clare made her "Bachelor" debut on Juan Pablo Galavis’ season. She became known on Season 18 for speaking her mind, especially at the final Rose Ceremony when she told him off.

"I lost respect for you," she asserted to Juan Pablo. "I thought I knew what kind of man you were. What you just made me go through, I would never want my children having a father like you."

She left on an empowering note and maintained optimism that, despite not ending up with Juan Pablo, she will get her happily ever after. She tried her hand at "Bachelor in Paradise" on Seasons 1 and 2, and then on "The Bachelor Winter Games." Clare and her beau, Canadian Benoît Beauséjour-Savard, got engaged at the reunion show in February, but announced their split in April.

Now that Clare will be the one making the decisions on "The Bachelorette," here's to hoping she finds her forever!

2. She's the oldest Bachelorette in the show's history

Clare has no qualms about being the oldest Bachelorette in franchise history. In fact, the 38-year-old embraces it.

Clare said on "Good Morning America," "A lot of people put it out there as this negative thing, but for me, it just is more years under my belt, more learning and knowing what I want, what I don't want and what I won't settle for."

Clare turned the question around and wondered if the men would be "ready for me, for my age."

She asserted, "I'm proud of my age, but I just feel younger and I feel like that to me is what's important."

Before Clare, Rachel was the oldest Bachelorette at 32 and Hannah Brown the youngest at 24.

3. She's a hairstylist from California

Whether she’s in the summer heat on the beach in Mexico or keeping warm in the mountains of Vermont, Clare always has a perfect hair day. It’s no surprise that she has flawless, beachy waves — she does it for a living!

She’s a hairstylist from Northern California and embraces the California lifestyle. She frequently hikes in the region’s stunning mountains and seizes as many opportunities as possible to be in the great outdoors.

Aside from hiking, she loves sharing her healthy recipes and meal ideas. From juices to açai bowls, Clare adores her fresh California produce!

4. She's extremely close with her family

Clare has five sisters, and they're a very tight-knit family. She knows her sisters will provide her with lots of feedback, but she doesn't mind. Clare told "Good Morning America," "I'm their little baby sister. There's always the opinions. I love it."

Her father passed away from brain cancer, and she’s made it clear she hopes to find a husband who emulates many of her father’s best traits. It broke her heart to know that her dad wouldn’t be there to see her get married, but they shared a special moment before he died. She told Us Weekly in 2018, "Before my dad passed away, we had our own little like father-daughter dance at home, when we knew he was going to pass away. After that, the wedding wasn’t important."

Clare's dad even made her future husband a DVD, which she hasn't seen yet. She said she's "saving it for the right man to watch it."

Whoever wins Clare’s heart will also need a seal of approval from her two pups, Elbie and Honey. They both appear regularly on her social media feeds and hold a huge chunk of her affection.

We'll know in a few months if Elbie and Honey make some cameos this season!