One lucky lady accepted a final rose at “Women Tell All,” but Peter Weber wasn’t the one handing it out this time!

Yolanda, a “Bachelor” superfan, and her boyfriend of three and a half years, Johnathan, traveled to Los Angeles from New Mexico for the “Women Tell All” taping. She received the surprise of a lifetime when he proposed to her onstage, making it a vacation the two of them will never forget.

“Bachelor Nation” got exclusive details from Yolanda and Johnathan about the romantic proposal and what it meant to her to get engaged on a “Bachelor” show. 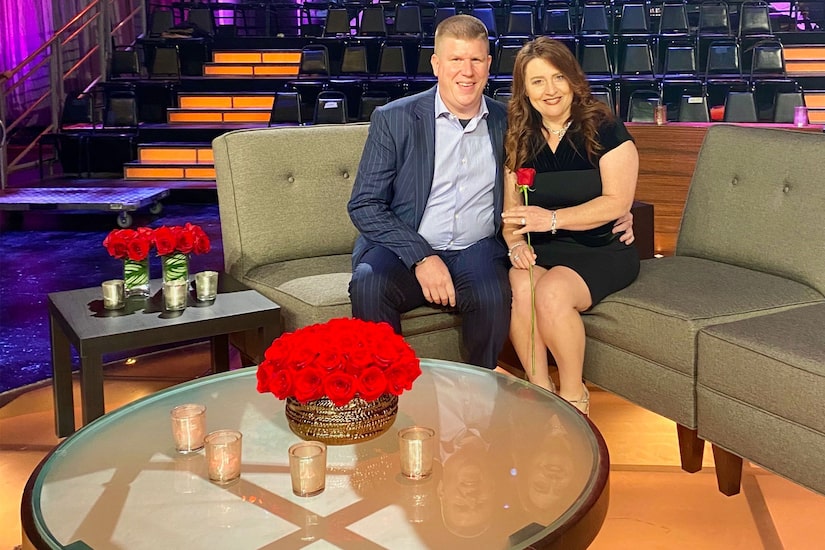 Once Johnathan received his "Women Tell All" tickets, he immediately put his proposal plan into action. Yolanda tells “Bachelor Nation,” “I never would have thought that I would be proposed to on the ‘Bachelor’ stage, of all places. When he gave me this taping for Christmas, I don’t think I’ve smiled that big since my grandson was born. I’m still smiling just thinking about it.”

When they arrived at the show, he tricked her into thinking they were getting their photo taken, but instead, he presented her with a special card. Yolanda “was crying and couldn’t read [the card] through my tears” as Johnathan got down on one knee and popped the question. After enthusiastically accepting his proposal, Johnathan completed this “Bachelor” fantasy for his now-fiancée and handed her his final rose.

Yolanda calls the moment “so awesome” and a “dream come true” because she felt as if she were the Bachelorette herself. The moment was especially poignant because, as she tells “Bachelor Nation,” “A huge emotion of mine when I walked onto that stage was the fact that I had two things I absolutely love right before me: Johnathan and ‘The Bachelor!’” 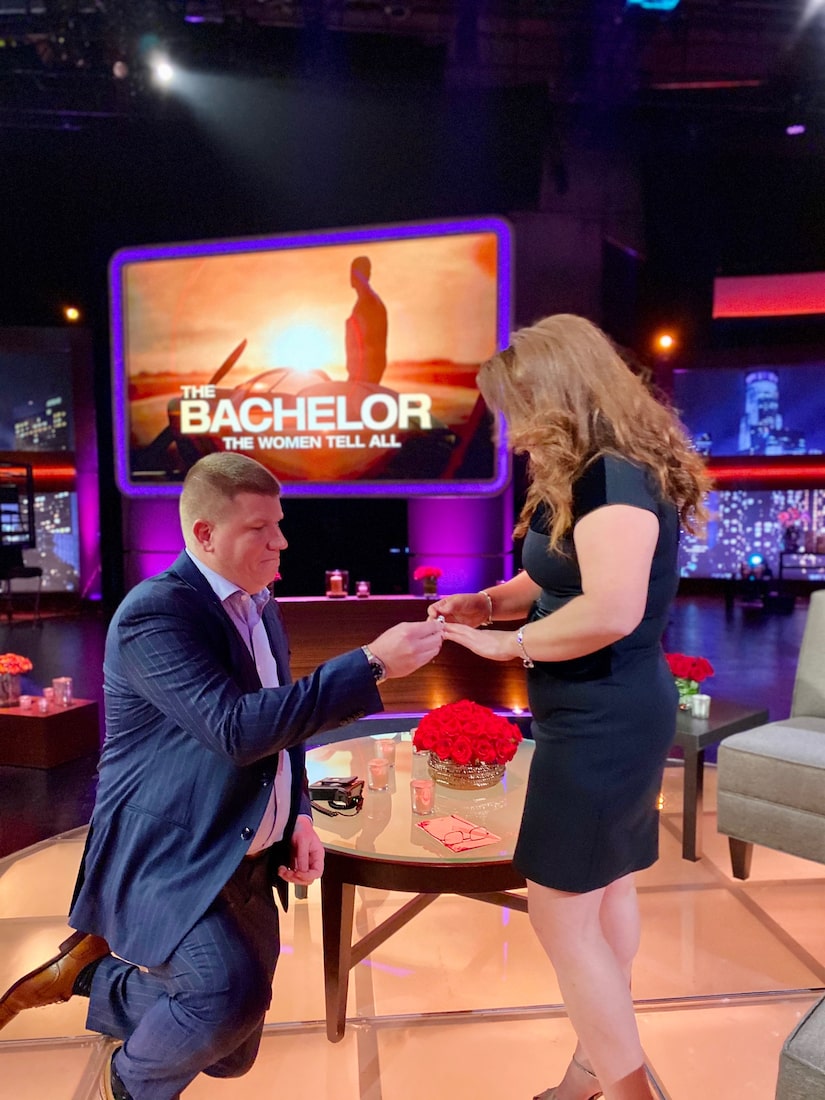 Yolanda adds, “In my heart, I thought there’s no way he could do it at ‘The Bachelor’ or during the filming, because how do you even do that? I was not expecting it at that moment.”

She shares, “Being on that stage when he was proposing and getting that final rose, because I love the show so much, it was just, wow! This is how [the Bachelorette] feels and it’s happening to me!”

She says she loved standing on the “beautiful” set and getting proposed to because “it’s something that not everyone can say happened to them.”

Yolanda’s devotion to the franchise extends back years, whereas Johnathan only started watching during Nick Viall’s season. He jokes, “She roped me in and now I watch with her. It’s to spend time with her.”

Her voice chirps up whenever she talks about the show, her dedication and devotion palpable. “I never miss it. I watch all the time,” Yolanda expresses. “It’s time I spend with my daughter and now Johnathan. It makes me realize that this man must care for me, because he comes to watch ‘The Bachelor’ with me.” The newly engaged couple already has a tentative wedding date in mind: July 14, 2021, or 7/14/21. They prefer this date because it’s “easy to remember” thanks to its numerical sequence. Yolanda, channeling her inner Bachelorette, hopes to take their romance overseas for a destination wedding, with Fiji or Bora Bora as her top picks. (Fun “Bachelorette” fact: Ashley Rosenbaum got engaged in Fiji on Season 7 and Ali Fedotowsky in Tahiti on Season 6!)

As Yolanda says, this Bachelor Nation member’s dream came true on the vacation of a lifetime.

Be sure to tune into “Women Tell All,” which airs Monday at 8 p.m. on ABC.