Chris Lambton made an appearance on the small screen, and his son Hayes was a big fan of the moment.

On Tuesday morning, Chris spoke about landscaping in the springtime on The Weather Channel and the benefits of adding mulch to the garden sooner rather than later. "I like to put mulch down before a lot of the things start blooming and growing because it's easier to move the mulch around," he advised. "A lot of my customers have started mulching already, which is a month early."

Chris explained, "When frost comes, that mulch acts as an insulation blanket."

His wife Peyton Wright Lambton kept the television on and, perhaps due to hearing Chris' voice, their son Hayes Jennings walked into the room. Hayes planted himself right in front of the TV and looked infatuated by the entire thing. He waved at his dad onscreen and stared intently at the television. 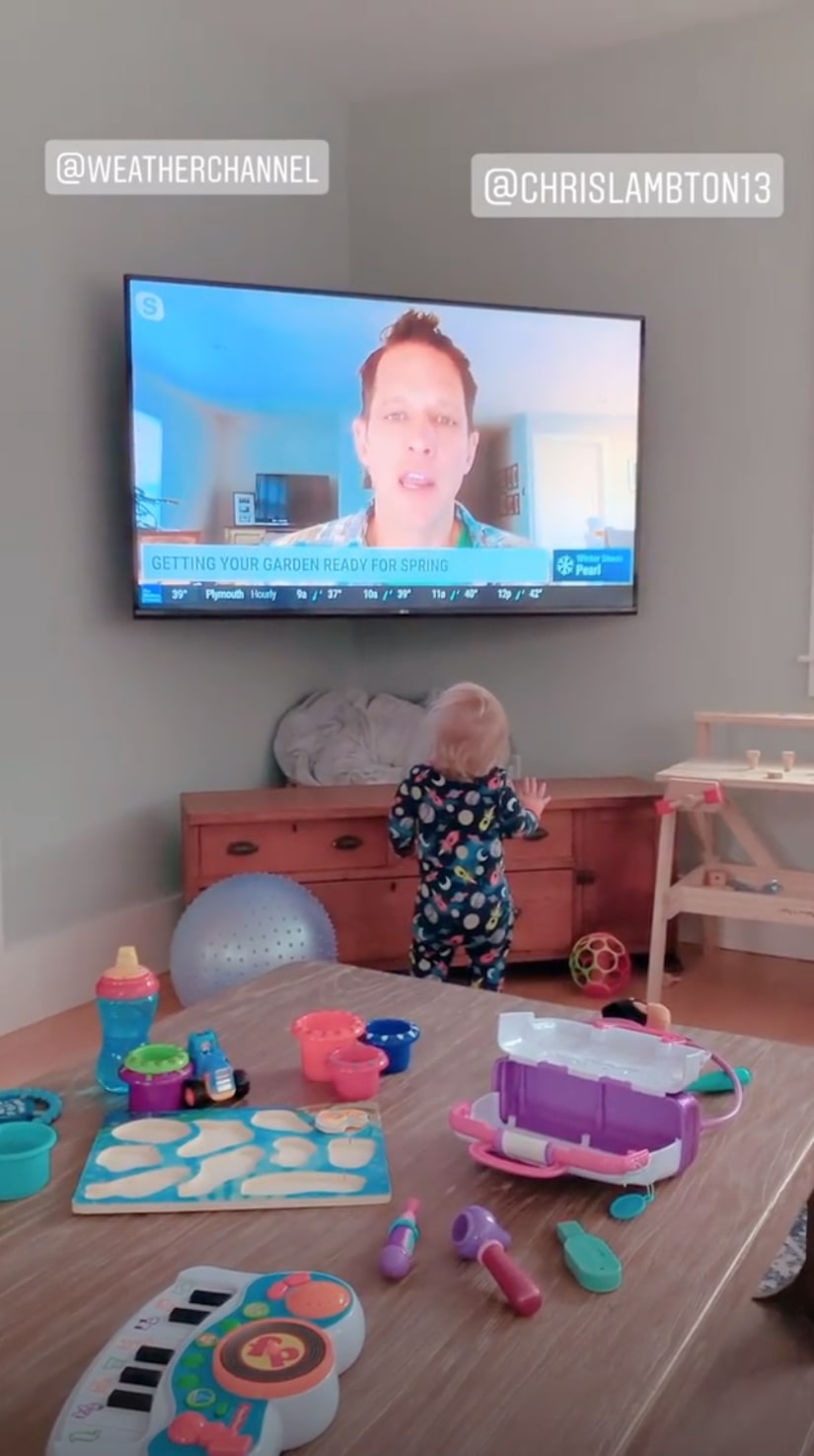 Chris is no stranger to talking about landscaping on television as he's a co-host of "Lawn & Order" and "Yard Crashers." Peyton, too, works in the design world as co-founder of a design company called Washashore Home.

Chris and Peyton's daughter Lyla loves to help her dad when it comes to outdoor preparation. On March 2, Chris shared a photo of himself and Lyla bundled up but smiling outside holding shovels. He captioned the sweet photo, "Perfect #CapeCod day to prep the #Garden with my little helper."

Other than teaching Lyla about landscaping, the father-daughter duo has a daily tradition of reading the newspaper together in the morning.

Chris may have appeared on "The Bachelorette" 10 years ago, but now he's the one talking about how to take care of roses!