Will you accept this... tattoo?

One of New Zealand's two Bachelorettes, Lily McManus, made quite the mark on one of the men vying for her heart. Lily visited three families on her Hometown Dates, and her time with Jesse Williamson’s family was unlike the other two — for one big reason.

The Bachelorettes, Lily and Lesina Nakhid-Schuster, returned to New Zealand for the big dates after spending a few weeks overseas in Argentina, where they both continued to grow their respective relationships.

In a video posted to "The Bachelorette New Zealand's" Instagram page, Lily and Jesse sit at a dining room table chatting with his family. When asked what they've been doing, Jesse says, "We got matching tattoos while we were away."

They both proceed to show off their new ink — a small drawing of a rose coming out of a bottle. Jesse’s tattoo is on the back of his arm, while Lily’s sits above her ankle. His parents look relatively concerned, which is exacerbated when Lily admits, "I might've tattooed something on Jesse." Jesse rolls down his sock and shows a small tattoo of Lily's name near his ankle.

Jesse replies, "That's why I did this. It's commitment."

Meanwhile, the camera cuts back to Jesse's dad taking a large swig of beer.

As they say, love is forever! 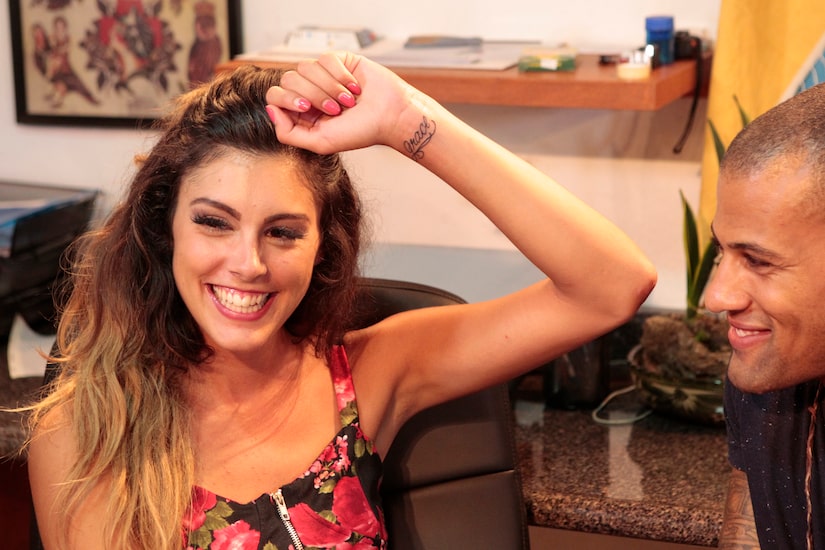 This isn’t the first time in Bachelor Nation history that couples have gotten symbolic matching tattoos. During Season 3 of "Bachelor in Paradise," Lace Morris and Grant Kemp tatted "grace" on their wrists, a romantic portmanteau of their names.

Lace and Grant ended their engagement after the show, but only time will tell what becomes of Lily and Jesse.