All of Bachelor Nation knows that Jared Haibon and Ashley Iaconetti's relationship is something straight out of a fairy tale.

After two back-to-back seasons of "Bachelor in Paradise" filled with love triangles, tears, and more tears, Ashley and Jared finally got their happy ending. The couple opened up on "Bachelor Happy Hour" about their proposal on the "Paradise" beach and how Sayulita, Mexico, plays a very significant role in their love story.

Becca Kufrin and Rachel Lindsay chatted with the couple about the timeline of their relationship. Jared said, "It's weird because it is a television show and so much of our relationship has formed off-camera, but [the bar in 'Paradise'] was truly the place where we first met, the first time I saw Ashley. I have so many memories — honestly, bad memories — from that beach." 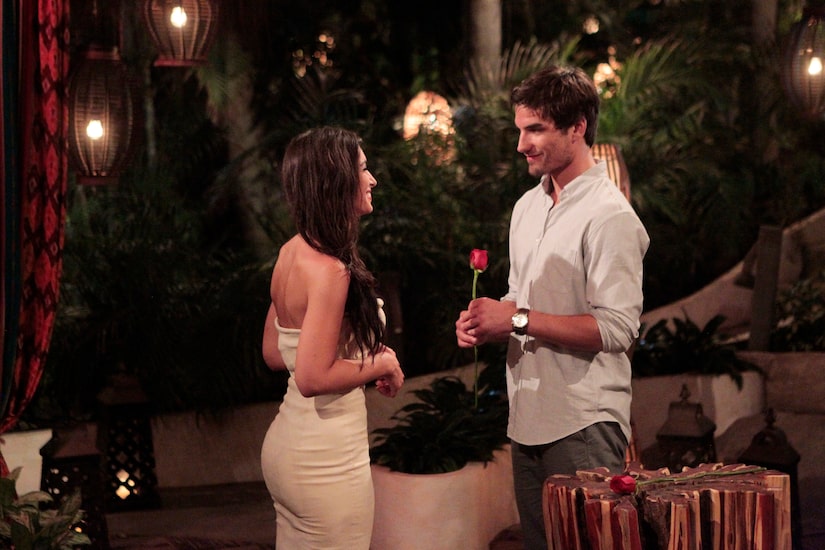 She elaborated, "When I first saw him, I was like, 'Holy moly, love at first sight.' I didn’t even believe in love at first sight, even as much of a romantic as I am. Then, with Jared, he definitely looked at me like, 'Oh, God, that’s the dramatic crier girl. She’s arrived.'"

Ashley's sister Lauren Iaconetti briefly joined the "Paradise" cast during Season 2, and to Jared, that coincidence is just mind-boggling. "It’s really funny to think that the girl you walked down the stairs with was Lauren, who was my future sister-in-law," he said. "That’s even crazier."

The Virginia native also spoke about their "common interests" and how she felt when Jared would make references to some of her favorite movies and shows. "When he was quoting 'Jerry Maguire' and 'Boy Meets World' on the beach, I was like, I don’t know how to convey to him how much what he’s saying means to me. It goes beyond words."

She continued, "I was like, 'I’m so nervous and caught in myself right now that I can’t even express myself the way that I normally would.' I was really frustrated at myself for being super nervous and bottled up."

It took three years for Jared to finally come around and realize his true feelings for Ashley, which she called "an internal dilemma he had with himself."

Jared spoke about the length of time and his emotional epiphany during their wedding on August 11 at Rosecliff Mansion in Newport, Rhode Island. In their stunning wedding video, Jared says to her during their vows, "I loved you since the moment I laid eyes on you, and I’ve been such a fool refusing to admit what I knew for so long — that my soul mate, my person, has always been right in front of my eyes."

To hear Jared and Ashley discuss their love story even more, listen to the rest of the "Bachelor Happy Hour" episode, and don't forget to subscribe on Apple Podcasts, Spotify, or wherever you listen to podcasts!