Sixteen years ago, NFL quarterback Jesse Palmer made his debut not on the football field but on "The Bachelor" Season 5. It was due time for him to score a touchdown in love!

The 25-year-old athlete from Toronto, Ontario, Canada, became the first non-American Bachelor, and as Chris Harrison teased in the intro to Jesse's season, "this time around, everything is different."

Jesse met 25 women the first night of his season, and Chris described them as "bolder, wilder, and sexier than ever." That could only mean one thing: more drama!

The "villain" Trish set herself apart early on, telling the camera while she was getting dressed for the first night, "I'm going to capitalize on the fact that I have very long, pretty legs, and hopefully it's going to blow him away. Out of those 24 other girls, what he's going to remember are those long legs that possibly could be wrapped around him at some point in time." 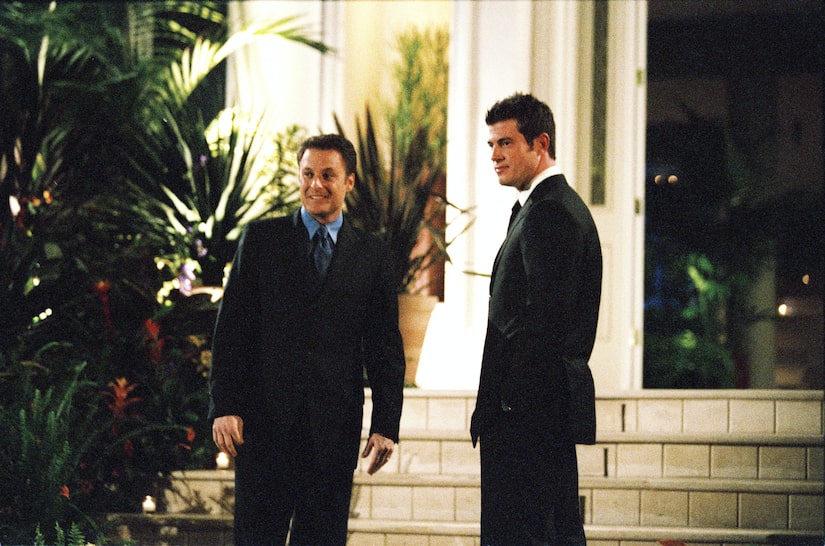 If that wasn't enough, his best friend's wife even joined the mansion and acted as Jesse's spy to give him an inside look at what the women really say behind-the-scenes.

His first night as Bachelor started out on a high note. Jessica Bowlin exited the limo first, looking stunning in a white satin halter-top dress with a deep V neckline. Jesse ended up handing her his final rose, which felt like everything came full circle in the end.

However, Jesse dealt with a major hiccup during his Rose Ceremony. He had to narrow down the pool of 25 women to 15, and on the last rose, he called Katie's name. She cheered and gleefully told him she'd accept the rose before he even offered it.

Jesse appeared a bit shaken up after doing so, and then pulled Chris aside. He told the host, "I made a terrible mistake. I forgot her name. That wasn’t the girl I wanted to give it to. I wanted to say 'Karen' and I gave it to Katie. I froze and forgot."

Chris and Jesse came up with a new solution rather than asking Katie for the rose back and sending her home. Jesse spoke in front of the whole group and said, "Ladies, I’m sorry for taking that time. I’m very embarrassed to tell you this. Katie, I accidentally called out the wrong name giving that last rose. But I’d like to extend to you the option of staying."

Katie agreed to stay and "see how things go." Jesse then offered the rose to Karen, and she quipped, "I thought you'd never ask!"