Some of the best songs in the world are about love — whether it's falling in love, looking for love, or being in love. Mix that sentiment with "The Bachelor," and you've got "The Bachelor Presents: Listen to Your Heart"!

The show, which premieres TONIGHT (!!!), April 13, documents 20 men and women looking for love while participating in music-oriented dates. Two cast members, Trevor Holmes and Bri Stauss, spoke with Rachel Lindsay and Becca Kufrin on a new episode of "Bachelor Happy Hour" about their experiences and why they decided to come on the show.

Becca and Rachel interviewed the two artists separately, but they both offered similar answers about what they hoped to find on "Listen to Your Heart."

Trevor said, "I want to fall in love with my best friend. I want to find love like anyone else. I’m always open to finding that. I’ve dated the past couple years, but I never found that thing. It didn’t click for me."

He admitted that people tried to convince him to go on "The Bachelor" in the past, but he decided against it. Trevor shared, "I’ve thought of it, but I thought that if I went on, people would think I was going to promote my music career. When this came on, I couldn’t say no."

Trevor initially had some reservations before meeting the 19 other cast members because of the "competition elements of the show." He told Rachel and Becca, "I assumed everyone was going to be standoffish and not welcoming. Honestly, it was the complete opposite. Because we all had that common ground of music, we all had a mutual respect for each other. When I walked into the house, I was like, 'This is my tribe of people.'"

He added, "There are friends I made on this show that will be lifelong friends."

Bri sang the new show's praises in her interview.

"Coming in, I had no idea what to expect. I had no expectations, especially with this being a new show," she said. "Overall, I had a very, very positive, amazing experience. I loved everything about it, even the ups and the downs. I loved it all."

Bri explained she had never watched "The Bachelor" or "The Bachelorette" before coming on "Listen to Your Heart," but she saw that as a leg up rather than a downside. "I was glad because I didn’t know what to expect, so it helped going in blind and experiencing it firsthand," she said. 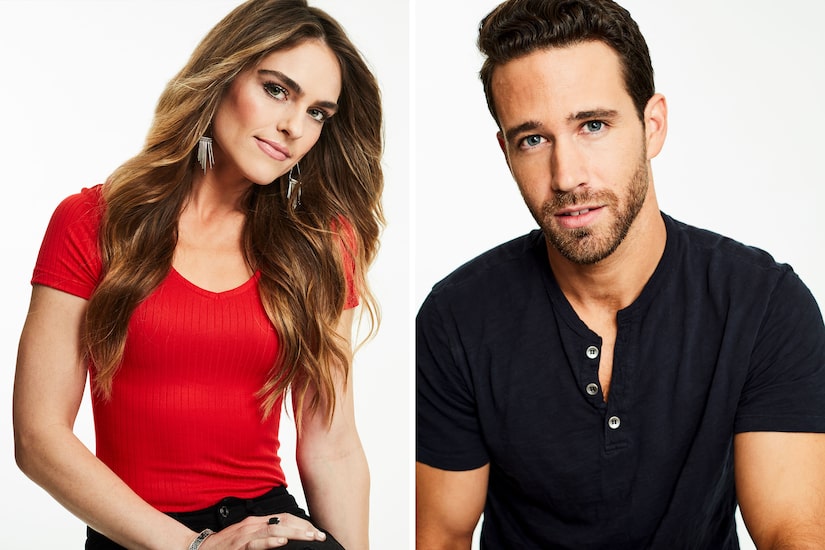 When asked why she decided to put her heart out there and go on the show, she said "Listen to Your Heart" sounded "like a perfect fit."

She elaborated, "I’m a musician, and in a perfect world, I always said that whoever I end up with would also be a musician. You just understand each other, and the creative mind is very different than the intellectual mind. They’re different, and it sounded really great to get it all."

While Bri has dated other musicians before, she believes having a relationship with another artist reaches new levels of understanding and depth. She told Becca and Rachel, "Mixing business with love can be challenging, but I think with music, because it is another language and you can feel things you can’t feel outside of it, it’s the one thing I would be willing to do with a partner long-term. It can bond you in ways that other things can’t."

Be sure to tune in to the series premiere of "The Bachelor Presents: Listen to Your Heart" on April 13 at 8 p.m. on ABC.

Plus, you won't want to miss the rest of Trevor and Bri's interviews on "Bachelor Happy Hour"! Don't forget to subscribe today on Apple Podcasts, Spotify, or wherever you listen to podcasts.