It only took a few minutes for Jamie and Ryan to hit it off after meeting each other on the premiere night of "The Bachelor Presents: Listen to Your Heart." Jamie arrived first, and Ryan followed moments later.

From the outset, it seemed like they became a couple instantly. Jamie, however, soon found herself in a bit of a love triangle... but more on that later.

Ryan received the first date card and he asked Jamie to accompany him to Capitol Records, where they recorded a cover of John Mayer’s hit song "Gravity." In an extended scene clip, Ryan and Jamie bond after their date and he tells her how much it means to him that she joined him for this one-on-one time.

"We’re doing something crazy, and I’m glad that it’s with you in this moment," he shared. "Seeing you the first night, I was just awestruck. That’s it. I wanted to choose you for this date because it just felt right. I wanted to show myself to you and be more open and vulnerable because I really do care about you." 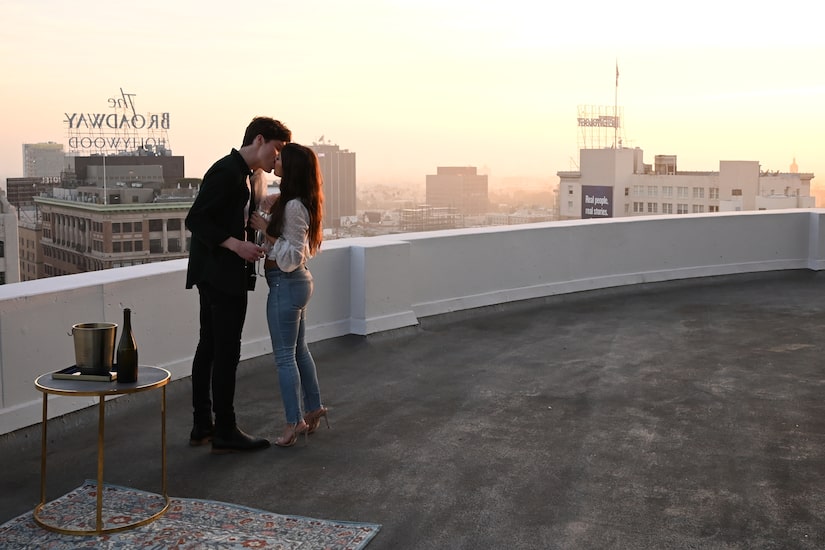 Jamie responded, "I’m having fun! When we were first walking up here, I was like, 'Oh, God,' but when we were sitting down and working on it together, I felt like I was just in my bedroom or we were just sitting in a room. It felt normal."

In between sips of champagne, the pair shared a kiss on the couch in the studio and then shared more kisses as they looked out over the Hollywood skyline.

Back at Bachelor Mansion, however, Jamie’s feelings split as she debated who she wanted to pursue a relationship with: Trevor or Ryan. Becca Kufrin and Rachel Lindsay discussed her romantic dilemma on an episode of "Bachelor Happy Hour."

Becca noted, "I will say she is getting more of the 'Bachelorette' experience having multiple guys fight over her."

Rachel added, "You can tell Jamie is the kind of person who gives her all in whatever she does. She has passion, she has a big heart, and she wears her heart on her sleeve."

She continued, "Ryan comes in, who is such a cutie, and they hit it off. She’s in it until Trevor walks in and she’s like, 'Wait, wait, is your name Bryan or Ryan?' This is a lesson that you can’t put all your eggs in one basket because you never know who is going to walk through the door. But this is Jamie. This is the essence of her."

Watch the full extended scene above and get prepared for next week's episode here!