Jason Mraz had never seen an episode of any "Bachelor" show before his appearance on "The Bachelor Presents: Listen to Your Heart." He went in with one set of expectations and left with another.

Mraz makes a cameo on Week 3 of the show alongside Kesha (a noted "Bachelorette" fan) as well as JoJo Fletcher and Jordan Rodgers to judge artists for their first performances of the season.

The "I'm Yours" singer also joined Rachel Lindsay and Becca Kufrin on an episode of "Bachelor Happy Hour" and discussed his experiences on "Listen to Your Heart."

He started off by saying he "loved" going on and judging the couples on their musical and romantic chemistry.

He continued, "Add in the fact that you have to not only just musically connect with your collaborator but see if there’s an actual, potential intimate or long-lasting relationship connection."

Mraz admitted he was fully prepared to expect "drama and/or a train wreck and/or not great musical performances and awkward moments." However, he "didn't get that many of either of those things."

He said of the overall experience, "I thought it was tastefully done. Great music, great musicianship, great singers and a couple of potential connections, some of which I thought were really authentic."

The artist understands what the "Listen to Your Heart" singers are dealing with when dating other musicians. Mraz revealed he has dated a musician in the past, as well as other artists, "and it can be competitive — very competitive." 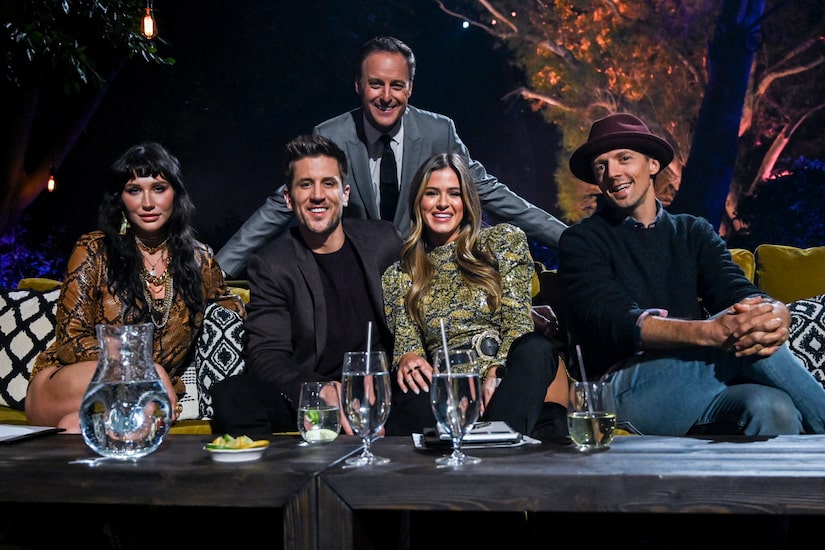 He advised, "What I’ve found in my relationships with other artists is we’re both sharing what we think is the best way to be seen and heard, and that is not healthy. It’s not enjoyable either. You want the best for the person you’re with, and you have to give them space to be fully expressed, no matter what it is they’re into. If you love them unconditionally, you will let that happen."

To hear the rest of what Jason Mraz thought about his time on the show as well as why he's never seen "The Bachelor" before, be sure to listen to the full "Bachelor Happy Hour" episode now! Don't forget to subscribe on Apple Podcasts, Spotify, or wherever you listen to podcasts.