Brandon may habitually seem like a man of few words on "The Bachelor Presents: Listen to Your Heart," but more than enough words were exchanged about him on Monday's episode.

Tensions surfaced when Chris Harrison announced to the singers that they had to "be serious" about their relationships on the show, or else they better pack their bags and go. Brandon informed Julia he was interested in "pursuing" a relationship with her, but that took a backseat when Savannah learned the news and nearly sent herself home. Brandon promised himself to her, and they walked back into the house as a couple.

Frustrated at the situation, Julia confronted Savannah about her PDA with Brandon as well as Brandon's decision to walk back his feelings for her and dedicate himself to Savannah. Julia pulled Savannah aside and admitted, "I wanted to leave because of you."

Now, Savannah is telling her side of the story and how she felt when Julia called her relationship with Brandon "disingenuous." The Nashville-based pop singer joined Rachel Lindsay and Becca Kufrin on an episode of "Bachelor Happy Hour" and dished on her conflicts with Julia.

Savannah began, "Julia is just really strong. I think Julia is highly motivated, opinionated, and the way that she comes across can seem a little aggressive."

The 25-year-old feels confident that Julia's "intention probably wasn’t to attack me." Savannah nonetheless "had a hard time figuring out what her motivation was."

She continued, "You know when you have a confrontation it’s either 'I'm a friend and I lovingly want to get to the bottom of this because the way that you are is hurting yourself or hurting others,' or you’ve acknowledged something and you want to apologize or resolve it."

Savannah deemed their conversation "hard to navigate" because she didn't think "based on what [Julia] said there was any intention of a resolve, it was just 'I think you are this way. Period.'"

Becca inquired if Savannah believed Julia meant it when she said was "over" Brandon. "No," Savannah responded. "Not at all." 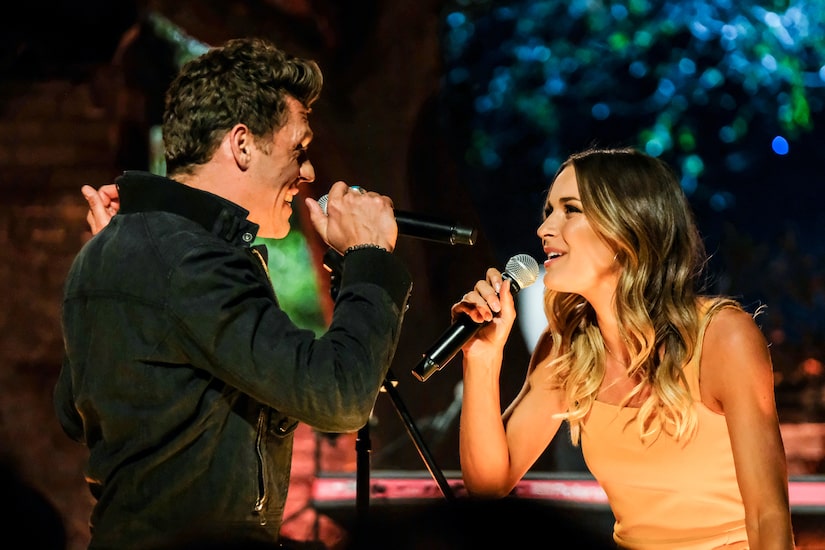 She went on, "If you have no emotional investment in what the subject is, it wouldn’t even be a topic of discussion. When she started that conversation, I was like, 'I can tell you're highly emotional about this. I can tell your feelings are very strong.' I never wanted to come off as hateful or rude. I just know this means something to you, so let’s navigate around it so we can come to a conclusion."

Savannah also feels confident she and Julia did not "come to a conclusion" about their issue at hand. Plus, Savannah explained to Rachel and Becca that she and Julia were not close friends during the show.

She said, "One of the things that was a constant for me was that I always said, 'I’m here to make people feel loved and feel welcome.' That’s all I want to do. As you see throughout the episodes, that was my main goal. I’m not here to stir up drama. I’m not here to be rude. That’s just not who I am."

Savannah continued, "I had told Julia in that conversation, 'You think this is a zero to 100 thing, yet you and I aren’t best friends.'"

"It was a bit of a shock that she would expect me to confide in her and share my heart with her when, to be frank, she wasn’t the nicest and most open to me," Savannah revealed. "No, we weren’t the best of friends so that whole conversation blindsided me."

To hear the rest of Savannah's take on her drama with Julia, be sure to listen to the new episode of "Bachelor Happy Hour" now! Don't forget to subscribe on Apple Podcasts, Spotify, or wherever you listen to podcasts.