Ashley Hebert Rosenbaum transformed into the Tooth Fairy on Thursday night after her 5-year-old son Fordham (aka Ford) lost his first tooth.

As a pediatric dentist, the Season 7 Bachelorette knows a thing or two about teeth. However, she — or, shall we say, the Tooth Fairy — faced a major conundrum when figuring out what to gift her son for the big milestone. She shared the news on her Instagram Story, even showing off a cute football-shaped pouch designed specifically to leave teeth in and keep under the pillow for the Tooth Fairy.

In one slide on her Story, Ashley wrote, "Omg I just checked my wallet for tooth fairy money and I only have larger bills. Do I venture out the break the bill?" She turned the slide into a poll with two responses: "Yes $ be responsible" and Give what you have." One person wrote in and suggested a third option: "Check their piggy banks!" 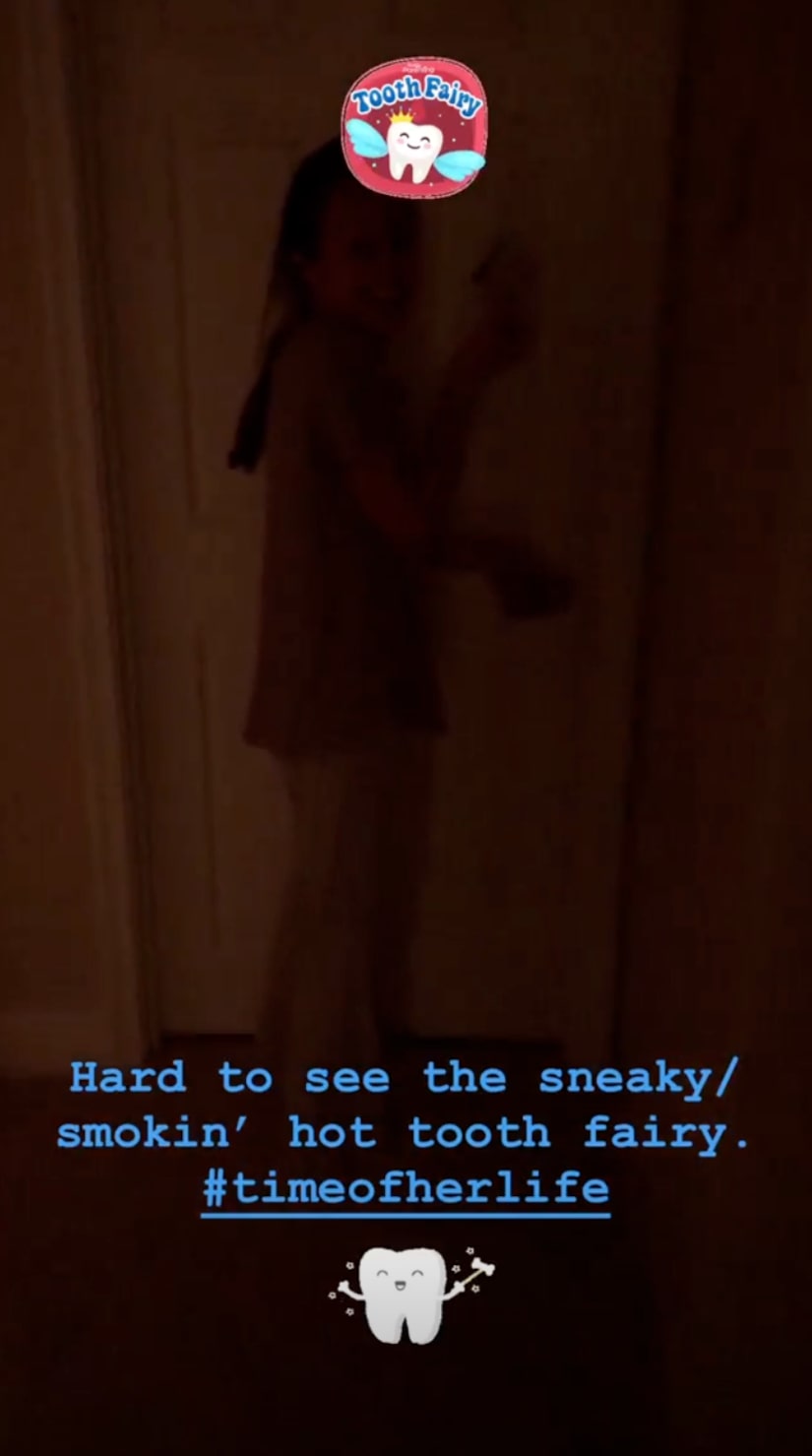 Ashley responded to the piggy bank comment, "Okay I’m dying. So many of you guys take money from your kids’ piggy bank as the Tooth Fairy! That’s so bad. I’m dying."

Her husband J.P. Rosenbaum shared videos of his own that showed him and Ashley sneaking into Ford’s room while he slept and putting the football money pouch under his pillow. J.P. captioned the videos of Ashley doing her work as the Fairy, "Hard to see the sneaky/smokin' hot tooth fairy #timeofherlife." 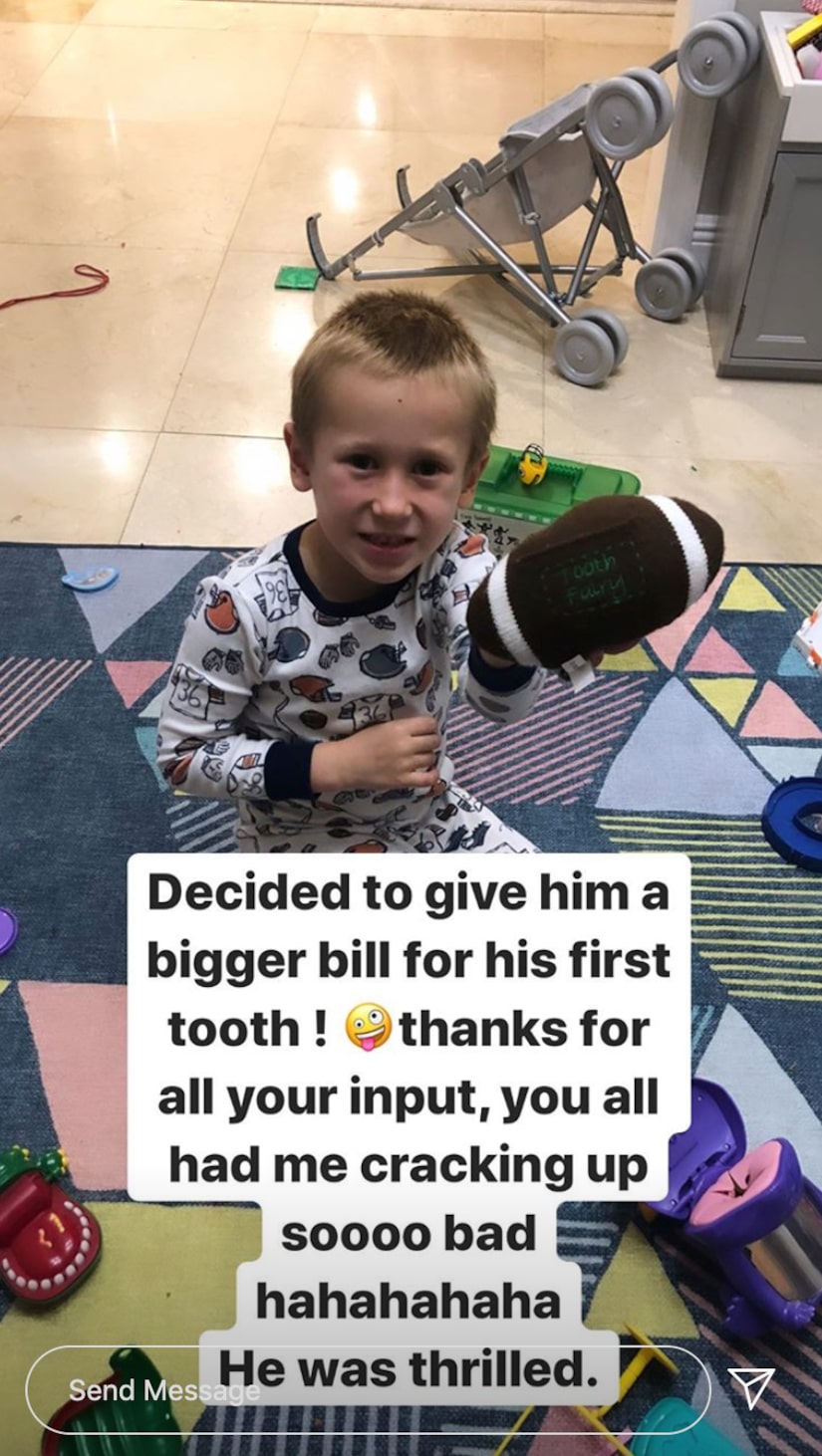 Ashley revealed on her Instagram Story that she and J.P. opted to "give him a bigger bill for his first tooth." She said Fordham was "thrilled" about it.

Congrats on the big achievement, Ford!