Not even Bachelors and Bachelorettes are immune from wardrobe and makeup mishaps. After all, it happens to the best of us.

While the leading men and ladies walk into dates, cocktail parties, and rose ceremonies looking their best, there's plenty that occurs behind the scenes to which "Bachelor" and "Bachelorette" viewers are not privy. For instance, nude lips or red lips? Why a certain dress on the first night and not others? It's a deliberate choice.

No one knows how to answer these questions better than the experts themselves. Cary Fetman, the show's stylist, and Gina Modica, its expert makeup artist, joined Rachel Lindsay and Becca Kufrin on a new episode of "Bachelor Happy Hour," where they divulged all sorts of exclusive information.

Becca wanted to know Cary and Gina's biggest mishaps and faux pas from their time on the show, and Cary joked he has "too many to think of." Gina used Rachel as her prime example thanks to a few incidents with the Season 13 Bachelorette's eyelashes. In the middle of her season, Rachel and the guys traveled to some chilly destinations, including Norway and Denmark.

Gina shared on the podcast, "You came back that day and you said, 'Gina, I have icicles on my lashes.' I forget what area we were in, but it was freezing."

Rachel chimed in, "To give background, Gina’s lashes don’t come off easily. I was in the middle of a blizzard. We were on a glacier having a date and a storm came and you couldn’t see the person standing in front of you, so my eyelashes froze off. They just fell off."

Gina said the frozen eyelashes example is her "favorite" of the bunch.

The other incident occurred at the end of her season when she parted ways with Peter Kraus. He said he didn't want to propose to her, and they tearfully said their goodbyes to each other. It was so tearful, in fact, that Rachel's lashes fell off her face.

Rachel said on the podcast, "It’s not like your makeup comes undone easily. You have to be in a blizzard or crying yourself to oblivion."

Cary then explained his biggest fashion regret on the show, which occurred on Matt Grant's season finale of "The Bachelor." 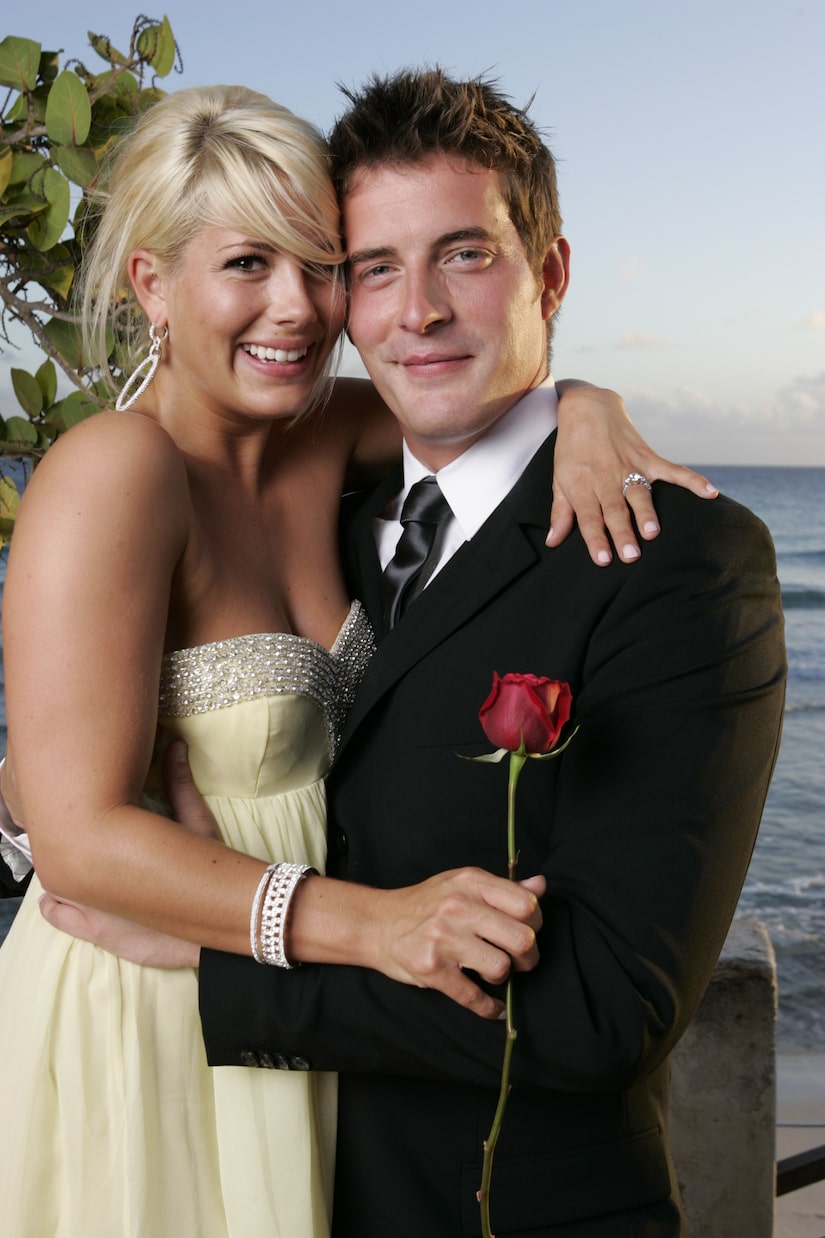 Rachel joked, "Yikes, Cary. She looks like an egg."

He continued, "It’s not even that it’s her fault. I don’t even know how I brought it. It’s one thing if I get to say, 'Well, I didn’t pick it. No big deal.' But if you bring it, then you got to stand up for the fact that it’s your fault."

Rachel tried making Cary feel better by attributing it to the style of the times (it was 2008), but Cary argued, "It could’ve been 1943 and it was still a yellow baby doll dress. At some point, I should’ve just burnt it when she was still wearing it."

To hear what other insider information Cary and Gina have to share about their time on "Bachelor" shows, be sure to listen to the full "Bachelor Happy Hour" episode now! Don't forget to subscribe on Apple Podcasts, Spotify, or wherever you listen to podcasts.