It doesn’t take a lot to make a lasting first impression, but one man on "The Bachelorette" went above and beyond the call of duty.

Desiree Hartsock met 25 suitors on Season 9 of "The Bachelorette," which premiered May 27, 2013, and she encountered a wide array of personalities and entrance styles. One man, Zak Waddell (brother of Carly Waddell, future "Bachelor" and "Bachelor in Paradise" cast member), made Bachelor Nation history when he stepped out of the limo sans shirt.

Zak strutted his stuff up the driveway to Desiree wearing dress pants and shoes, but he was bare from the waist up. He flexed his muscles, smiled with his pearly white teeth, and rocked well-coiffed hair. As soon as he met Desiree, Zak exclaimed, "I know you had a lot invested in Sean [Lowe], and I know he had great abs. We’re here for a fresh start."

He then added, "Will you accept these abs? You don’t have to answer now. You can think about it."

For the record, there were a lot of abs to accept. 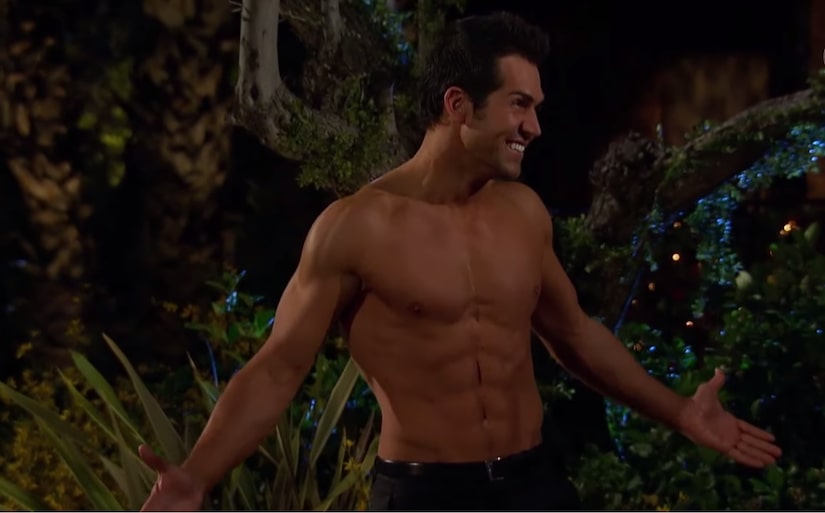 The drilling fluid engineer sent shockwaves around Bachelor Mansion when he walked in half-naked. One man asked, "Dear God, what is his shirt doing off?"

Another responded, "At least he kept his pants on."

Zak felt that he needed to make an impression on Desiree in order to show her he was "100 percent serious" about being there for the right reasons. He walked her over to the pool, stripped off his pants, and jumped in the water wearing only his briefs.

Not long after that, Desiree ultimately accepted Zak’s abs and handed him a rose during the cocktail party. For those wondering, she pinned it on his belt loop, seeing as how he wasn’t wearing a shirt.

The Texas native’s unorthodox entrance wasn’t the only one of the night. One man, Diogo, clamored out of the limo wearing a full suit of armor — helmet and all. Diogo told her, "I'm here to be your knight in shining armor."

His overture echoed Desiree’s own wishes as the Bachelorette, as she had called the opportunity a "fairy tale" and said she was ready to find her Prince Charming. However, some of the other men raised red flags when Diogo walked into the mansion in his metal bodysuit.

Someone uttered, "Welcome to Medieval Times."'

Another yelled to Diogo, "Don't go near the pool. You probably won't float."

Michael G. shared, "This is crazy. From the knight to the shirtless stripper guy to the guy trying to do magic tricks, the craziness I’ve seen in this mansion so far, I don’t know what’s going to happen next." 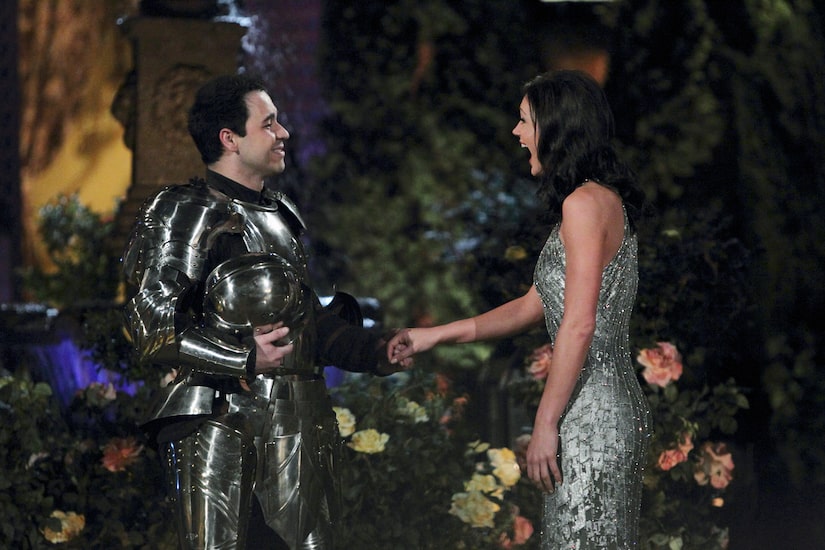 Well, what happened next is that Desiree kicked Jonathan — who inquired multiple times to take her to the Fantasy Suite — out of the mansion before the Rose Ceremony even began. She told him, "We’re not going anywhere because you’re making me feel really uncomfortable. I don’t even want to wait until the Rose Ceremony. I’m going to ask you to leave."

"She didn’t want to go to the Fantasy Suite," he said. "I don’t know what’s wrong with her."

The big gestures to win over Desiree’s heart that first night boded well for Zak and Ben, who arrived with his son, Brody (he then gave Brody back to grandma). Chris, her future husband, made Desiree laugh early on in the night when he got down on one knee and asked, "Do you mind if I tied my shoe?"

Unfortunately, Diogo, the knight in shining armor, did not receive a rose.

He tearfully said as he left, "I am completely lost. I don’t know what to do. I opened myself so much and gave everything. I was willing to put on that suit and make that impression. I shouldn’t have done that. I still believe in love so much and I have an explosion of love and feelings to share with someone."

Diogo continued, "This is actually what I wanted to share. I want to be happy and I am looking for someone to allow to make her happy. It is the only thing missing in my life right now. I don’t need anything else."

To catch up on more seasons of "The Bachelor" and "The Bachelorette," be sure to tune in to "The Bachelor: The Greatest Seasons — Ever!" which premieres Monday, June 8, at 8 p.m. on ABC.