Who would’ve thought that a fake injury (and another perplexing moment after "not waking up") would lead to a wedding and two children? It might not be the normal path of seduction for some, but it worked out well for Carly Waddell and Evan Bass.

The couple met on Season 3 of "Bachelor in Paradise" and continued an on-again-off-again relationship over the course of the season. Evan’s trip to the hospital helped Carly realize her true feelings for him. They got engaged at the end of the season and returned Season 4 to have Chris Harrison officiate their wedding, which took place June 17, 2017.

Evan and Carly tied the knot in Sayulita, Mexico, in front of family, friends, and "Bachelor in Paradise" cast members. Evan started crying the moment his soon-to-be wife walked down the aisle accompanied by her father.

"Are you kidding me?" he said laughing and smiling.

Jared Haibon, a fellow "Paradise" Season 3 attendee, said, "I think Evan watching Carly walk down the aisle was probably the happiest moment of his life, and you could see that in his face."

Chris Harrison began the service by saying, "Welcome, everybody, to the wedding of Evan and Carly. Let’s take a second and let that sink in. The wedding and Evan and Carly: truly a sentence I thought I would never say, but honestly, I couldn’t be happier for the two of you."

During their vows, Evan compared Carly's beauty to a "sunrise" and called her "the most beautiful woman I've ever laid my eyes upon." 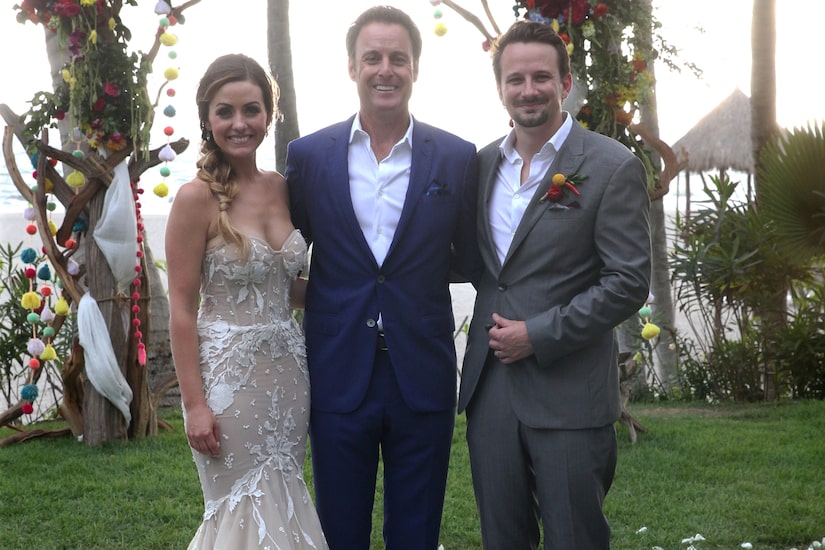 He said, "Your heart and soul have resurrected my heart in places that I thought were dead forever. The way you accept all of me, all of my weird, all of my broken places without blinking is the most incredible feeling I’ve ever felt. I feel so safe in your love."

Evan vowed, "I promise to protect your heart, care for your soul, and walk through life as equals in a grand adventure. I see our love like this ocean, so deep, so wild, untamed, and so much to explore. I promise to never stop exploring you."

The guests all laughed and Carly exclaimed, "My dad's right there!"

Evan saved himself, saying, "Your mind and your heart!"

In her vows, Carly pledged to "be loyal and honest" and to "listen with a compassionate and open heart when you really need to be heard."

She shared, "I promise to accept you for all that you are, which is a lot, but it’s also wonderful. I promise to always remind you that the world is full of beauty of wonder when you choose to look up from your bubble-popping phone games. I promise to learn CPR so that if you ever learn to fake your own death again, I can resuscitate you." 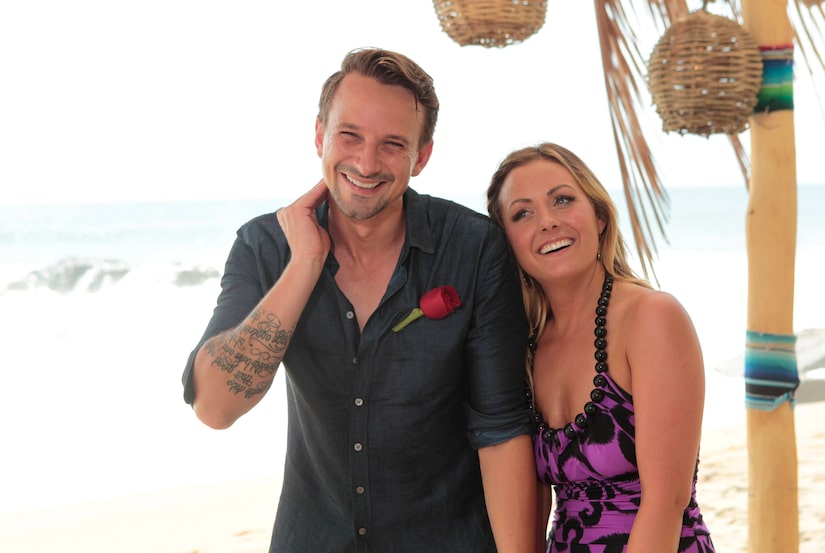 Carly concluded, "I promise to be a sword when you need help in battle and a shield when you need protection. I can’t wait for the day that we’re old and sitting on our front porch making fun of how fast the kids drive and how terrible their music is these days. Evan, I love you and I choose you. You’re my best friend, my weirdo, my lobster. You are my everything, and I love you."

During their season of "Paradise," Evan took a quick liking to Carly, though she did not reciprocate those sentiments immediately. After their date, Carly told him she’d rather be friends, but then gave him a "platonic rose" at the next Rose Ceremony. Evan saw that as an opportunity to win his way back into Carly’s heart and began plotting their reconciliation.

Evan received medical attention one evening and was then advised to go to the hospital.  Carly went with him, and as Evan healed, so did her feelings for him. However, Evan later revealed he faked his injury to get Carly to fall in love with him. It worked!

Carly and Evan live in Tennessee and have two children: Bella, 2, and Charles, who was born November 12, 2019.