Olivia Caridi is the first to admit she had a rough time during and after Ben Higgins' season of "The Bachelor," and now she’s opening up about the experience.

Olivia spoke with Chris Harrison during Monday’s episode of "The Bachelor: The Greatest Seasons — Ever!" which looked back at Ben’s time as the leading man. While on the show, she received Ben’s First Impression Rose and felt a target on her back almost immediately afterwards. She positioned herself as a woman who went after what she wanted, which stirred up drama among the other cast members. Olivia met her "Bachelor" fate during a two-on-one date in the Bahamas when she did not receive a rose.

During her candid and at times tearful discussion with Chris, Olivia spoke about her relationship with Ben, as well as the "awful" time she went through afterwards. 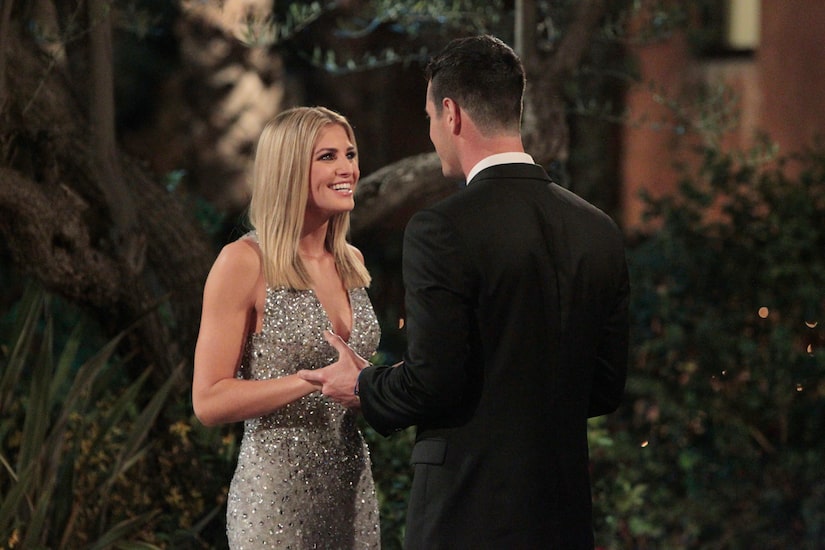 She said, "I think there was a time when I felt really confident, and then I could see him developing connections with other people. I could feel that the connection we had at the beginning was leaving, and that’s when I self-destructed completely, because I was trying to find a way to make it happen when I knew it wasn’t."

Olivia admitted she could not watch Ben's season after the first episode because she felt "so mortified and hurt."

She shared, "There was so much pain associated with it, pain that I felt terrible that I had hurt people. I never wanted to, but obviously it was clear that I did. That hurt. Seeing what people really thought of me and what people were saying was really hard. I’m sure a lot of it was deserved, but I did feel like some of it was really worthless, and it affected me. It was making fun of my physical attributes that I can’t change."

Chris noted she "must have gone through a really dark time" and Olivia confirmed that. She responded, "I didn't want to be out in public, and when I was out in public, people were [whispering]. Nothing prepares you for that."

She described the pain she went through after the show, but credits her friends, family, and therapy for helping her get through the tough times.

"It was awful. I don’t regret it because the person that I am now is so resilient and empathetic and compassionate towards all people," she said. "It’s been four years and I’ve struggled hard to become the person I am today, but I’m proud of the person that I am today. I’m not ashamed anymore, because I know that I’m not that person. I freaking self-destructed. I did not know I had the qualities in me until I did the show. It sucks the whole world had to watch it with me, but I’m proud of how I came back."

Chris then brought Ben on the video call, who apologized for the way he treated her. He stated, "As I look back on that time, my lack of wisdom and maturity and standing up for you publicly while I knew this was hard for you, the way I navigated the confrontation and the issues on the show could’ve been better to help you. I wanted to speak to you and say I’m sorry."

On Monday, around the same time "Bachelor: GOAT" aired, Olivia wrote a long caption on Instagram about taking "ownership" of her actions and how she's grown.

The former news anchor began, "When I got a call that season 20 of The Bachelor would be airing again, I was terrified. For the past four years, I’ve been bettering and forgiving myself, improving my mental health, and kayaking home from the island 😉. The last thing I wanted was to regress."

She continued, "Having said that, I’ll never let this footage air and not take ownership. I would hate for that be the last anyone sees of me, because I’m far from the person I was then. By doing this, I feel so much lighter. Like I can really let go, stop hiding from the world, and focus on what’s meant for me."

Olivia wrote about the importance of picking yourself up again after falling down, and that "you are not defined by your past."