Becca Kufrin and Rachel Lindsay both had fairy-tale love stories on their seasons of "The Bachelorette." But what if their journeys traveled from the TV screen to the silver screen as a feature film?

On a new episode of "Bachelor Happy Hour," Becca and Rachel played a game they called "my life as a movie" where they picked actors and titles for the hypothetical Hollywood blockbuster about their lives.

Becca began, "Off the top of my head, I would say 'How the Hell Did I Get Here?'"

She brainstormed for a few more minutes about the title and brought up a classic improv strategy called "yes and" that she learned during her time as co-host of "The Bachelor Live on Stage."

Becca said, "It’s a technique you use to say 'yes' to things and keep a narrative ongoing and running. You never want to stay stagnant, so the name of my movie would be 'Yes And,' because it’s continuous."

Rachel, on the other hand, thought they would compare their lives to movies already made. She explained she tried "to find a movie with a strong female lead," especially if she was a lawyer. "I'm not 'Legally Blonde,'" she said.

She went on, "The movie I came up with was ‘The Hunger Games.’ The only reason why I came up with that is because on Nick’s season, we always used to make that joke that we feel like we’re in 'The Hunger Games.' Every time we go on a date, we’re volunteering as Tribute. Katniss Everdeen is a strong female figure. She sacrifices her life for her sister." 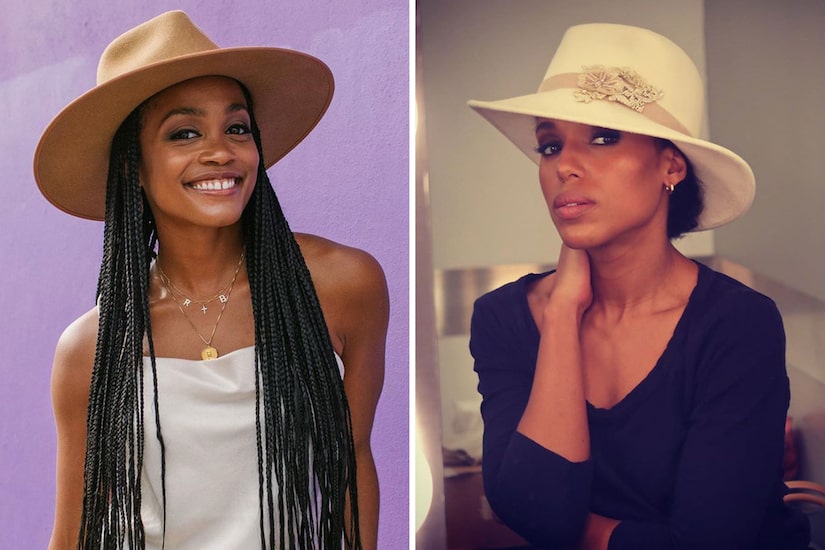 She admitted working in entertainment can feel "ruthless."

Becca asserted she thought Rachel would totally win the Hunger Games if they ever competed in one.

As for casting, Becca's first choice to play herself would be Troian Bellisario of "Pretty Little Liars" fame.

Becca said, "From what I’ve seen of her in acting and social media, she carries herself so well. I am such a fangirl." 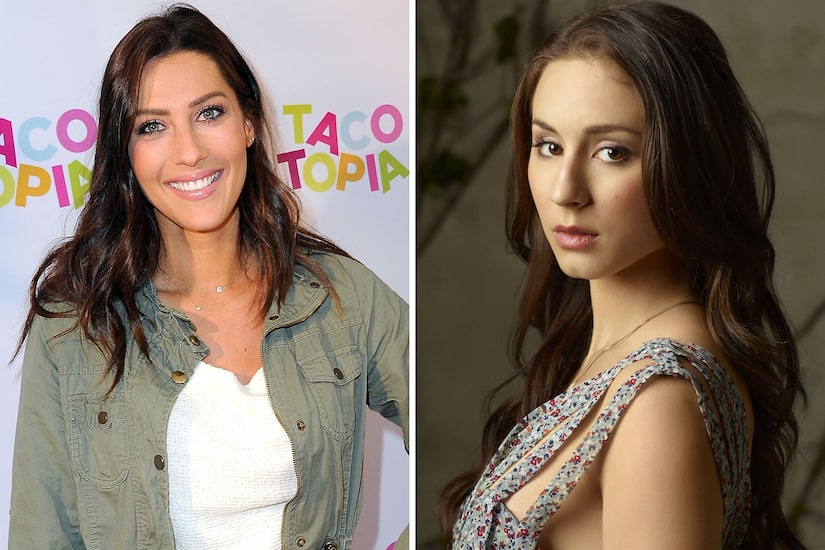 As another option, Becca named Anna Camp from "Pitch Perfect" and "True Blood" because "I feel like she’s kind of serious but quirky and awkward and high-strung a lot of the time."

Rachel expressed she'd love to have Kerry Washington play her in a movie, mainly because of her role as Olivia Pope in "Scandal."

Rachel said, "She’s strong and to the point. I don’t look like her in any way, but she’s beautiful, she’s strong."

Becca believes Sally Field would be perfect to play her mom, and Rachel would choose Phylicia Rashad or Angela Bassett for her own mother.

In terms of ex-boyfriends, neither Rachel or Becca held back.

Rachel asserted, "My last ex-boyfriend was a big guy. I always was partial to the bigger men before Bryan. Honestly, I would say Dwayne Johnson or Heavy D."

Becca quipped, "The first thought I would say is Satan, Lucifer."

In terms of an actual actor, Becca thought Nikolaj Coster-Waldau, who played Jaime Lannister on "Game of Thrones," would also work out well.

To hear more about their lives as movies and more celebrity encounters, be sure to listen to the full "Bachelor Happy Hour" episode now! Don't forget to subscribe on Apple Podcasts, Spotify, or wherever you listen to podcasts.