This week's "Bachelor Happy Hour" episode didn't feature a past Bachelor or Bachelorette, but instead invited three generations of "Bachelor" superfans to join the podcast. Emily (daughter), Leslie (mother), and Grandma Honey Kellman spoke with Rachel Lindsay and Becca Kufrin about the franchise and how it brings them together as a family every Monday.

At one point in the podcast, Rachel asked the three Kellman women to participate in some "'Bachelor' superlatives" to name their favorite Bachelor, Bachelorette, and "hottest Bachelor."

Rachel called on Grandma Honey first, and she said, "The hottest one was Tyler [Cameron]."

Rachel said, "Tyler wasn't even the Bachelor, but we'll take it!"

"He just emerged," she gushed. "I've seen more pictures of him recently. I really like him."

Rachel made the Kellman women's day when she got out her phone and called Tyler to see if he'd say hello to Grandma Honey. She got him on the phone and he said, "Hey, Grandma Honey! How are you? It's Tyler."

She couldn't hear him at first and asked him to "speak a little louder."

He repeated his sentence and she replied, "Hi, Tyler! I really enjoyed watching you on 'The Bachelor' and I have named you the sexiest guy there." 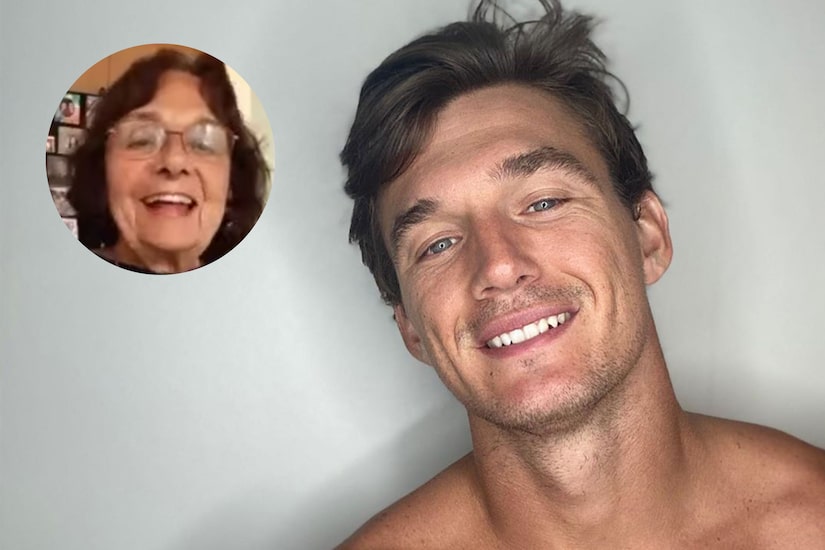 She didn't even need to slide into his DMs to get a response! What a lucky lady.

Grandma Honey explained to Rachel and Becca that she's been watching "Bachelor" shows "since day one," and her late husband Hal often joined her.

She shared, "My girlfriends know they’re not allowed to call me Monday nights because I’m at my party. I’m a romantic at heart. What can I say? I’m always looking for the better. It’s a show that makes me happy."

Be sure to listen to the full "Bachelor Happy Hour" episode to hear what else Emily, Leslie, and Grandma Honey Kellman have to say about the franchise!