The beach is officially open!

Six years ago, the word "paradise" redefined itself. "Bachelor in Paradise" debuted August 4, 2014, when seven women and six men arrived in Tulum, Mexico, looking for a second (and sometimes third) chance at love. Little did these 13 beachgoers know just how much they set the stage for the future of this beloved "Bachelor" spin-off.

Season 1's cast included some fan favorites, such as Sarah Herron and Marquel Martin, as well as others who stirred up drama on their respective seasons of "The Bachelor" and "The Bachelorette," including Ben Scott and Brooks Forester. Tulum's hot and humid setting created the ideal backdrop for fiery lust and inevitable drama that kicked off day one.

Some people walked on the beach with their hearts made up on who they wanted to meet while others kept an open mind. AshLee Frazier, the last to arrive, said, "I came to 'Paradise' to meet Graham [Bunn]. I've never met him, but I think he's such a cutie." 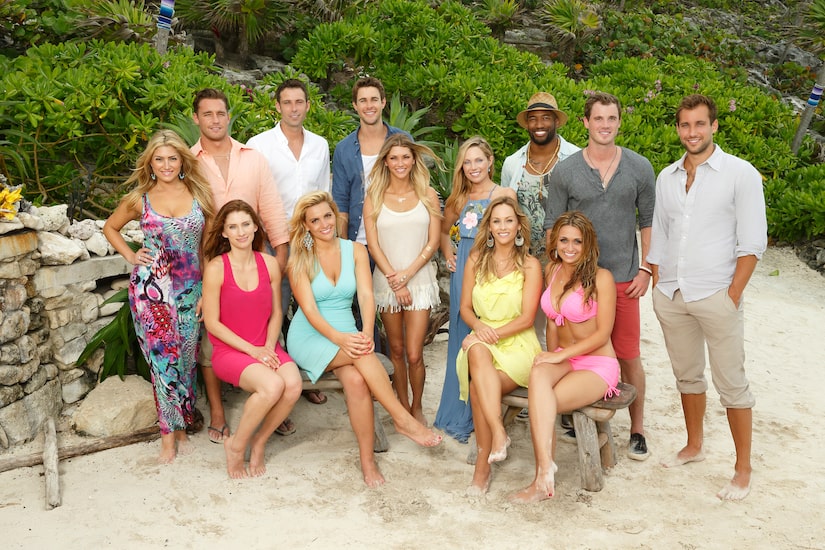 Clare Crawley said, "Being in 'Paradise,' it feels like I have a brand new, fantastic start. The biggest lesson that I’m bringing with me is I’m tired going after the guy. I want someone to come after me."

Elise Mosca made quite the entrance as she struggled walking down the sandy steps in her high platform wedges. It could only go up from there, and it did when she had a "love at first sight" moment with Dylan Petit from Andi Dorfman's season of "The Bachelorette."

She said, "I’m really excited to see Dylan. I’ve never experienced love at first sight, so for just a few words to exchange with Dylan and we’re already having connections, I am just embracing it. It could be love at first sight."

In "Paradise," anything can happen! 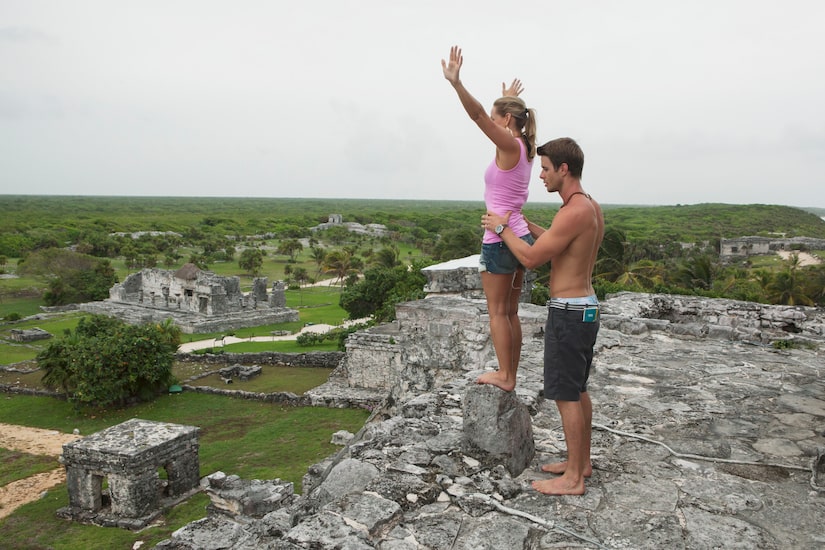 A few men seemed to have their own "love at first sight" moments when Lacy Faddoul showed up in a hot pink bikini and sarong. The men immediately turned their attention to her, but she initially felt an attraction to Robert Graham.

Michelle Kujawa from Jake Pavelka's season of "The Bachelor" stirred the pot when Chris Harrison gathered all 13 of them and asked, "Just to be sure, is everybody single?" and she replied slyly, "Maybe."

Chris inquired, "What does that mean?"

He pressed, "Are you single at this point?"

Clare, Sarah, Michelle Money (who arrived later), and Lacy all received date cards the first week, and the stakes were high for who they chose. Clare initially asked Graham on her date to the ruins in Tulum, but AshLee got upset because she wanted to pursue a relationship with him. Clare took Robert instead and all was well until he stepped into a pile of fire ants.

Daniella McBride from Sean Lowe's season went home after the first Rose Ceremony after not receiving a rose.

If you want to relive the inaugural and unforgettable season of "Bachelor in Paradise," you can watch it on Amazon Prime.