Who doesn’t love a good night in with their best friend?

Matt James and Tyler Cameron — who conveniently go by the portmanteau nickname Myler — had a "date night" Tuesday at home in Florida. Their evening involved a glass of red wine and watching Tyler’s new YouTube video, titled "VLOG #1: A Florida Man’s Feast."

In the video, Tyler dives for lobsters and documents how he catches and cleans the sea creatures. Tyler also explains that going lobster diving is a family tradition he’s been doing for years in the Florida Keys over the summer. 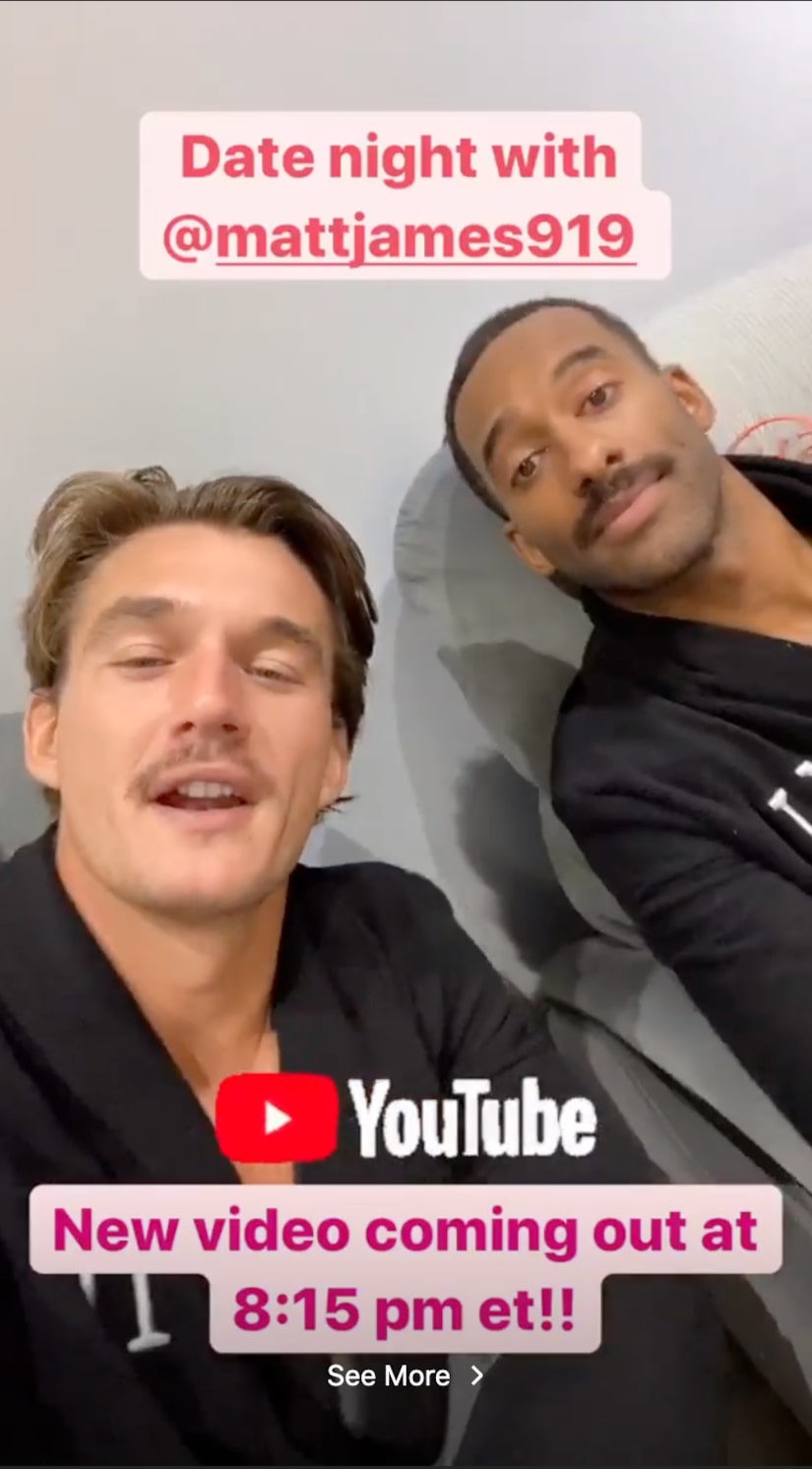 "Hopefully my kids will be doing this one day, because there’s nothing more fun than being out on the water in the Keys. I love it," he says.

Tyler cooks his lobster in the microwave for three and a half minutes, asserting he "won’t do it any other way" from now on.

The "Bachelorette" Season 15 alum recently shared some dating advice he gave to Matt ahead of his stint as the next Bachelor.

He explained to "E! News" recently, "I told him to just to be himself. 'Cause that’s what everyone loves. They all love Matt for who he is."