Taylor Nolan never imagined herself being on "The Bachelor" or even applying, for that matter. Thanks to her stepdad, however, we got the chance to get to know her on Nick Viall’s season.

Taylor spoke with "Bachelor Nation" ahead of Monday’s episode of “The Bachelor: The Greatest Seasons — Ever!” and we caught up with her about her new career moves, what she’s up to now, and how she got on the show in the first place. (She also spoke with Rachel Lindsay and Becca Kufrin on "Bachelor Happy Hour," which you can listen to here.)

Prior to Nick’s season, Taylor was no stranger to "The Bachelor" and "The Bachelorette." She watched the shows with her mom, and everything changed with JoJo Fletcher’s season. She explained she was at home and had just finished her program to become a therapist when the two women were watching the season premiere.

Taylor shared, "My stepdad came back from a [Seattle] Mariners game and he was pretty drunk. He had seen us watch the show before, and the casting commercial came up. I was somewhat recently single and he just starting saying, 'Oh, my God, Taylor, you go in there! This would be so great to watch! You’re single, what do you have to lose?'" 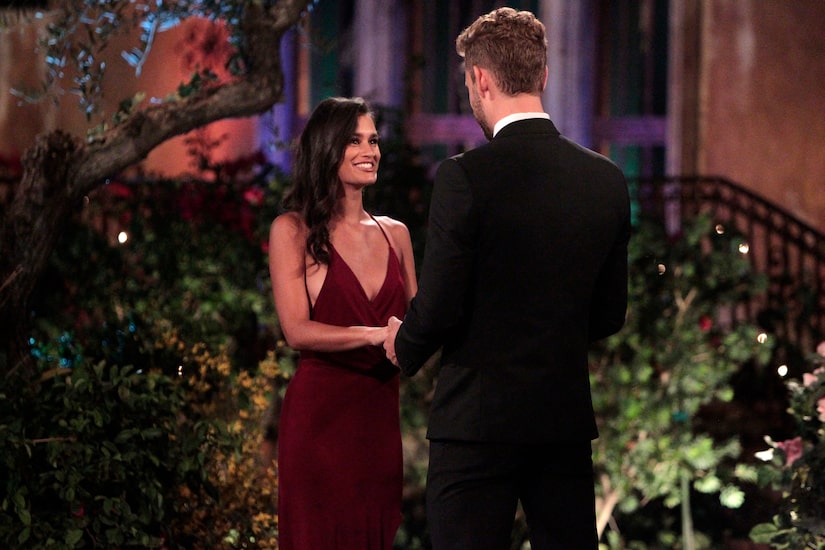 Taylor said her stepdad "wouldn’t leave me alone the whole night" about applying. Finally, after "hours" of his pestering her about it, she appeased him by going into her room and looking up the application.

She said, "I went online and saw this was an easy application to fill out, so I filled it out and was like, 'OK, did it. Are you happy?' Then I heard back the next day."

After getting a response from casting producers, Taylor reflected on where she was in her life and whether pursuing the show was worth it.

"When I thought about it, the timing was really perfect," she admitted. "I had been very one-track focused from doing my bachelor’s in three years and going straight into my master’s, graduating, saying I was going to be fully licensed by the time I’m 25, and my whole career is going to take off."

She added, "I thought maybe this would be an opportunity to step out of that path for a minute and experience life."

Taylor also viewed going on the show as an opportunity to work on her own vulnerability, a subject she often talked about with her patients.

She shared, "I also thought that what I was working on with clients the most was with vulnerability, and I had been doing my own inventory of dating and thinking, 'Damn, I’m really not being vulnerable with people. I’m good at getting to know people, but not at opening up myself.'"

To hear what else she’s up to, be sure to tune in to Monday’s episode of "The Bachelor: The Greatest Seasons — Ever!" at 8 p.m. on ABC.